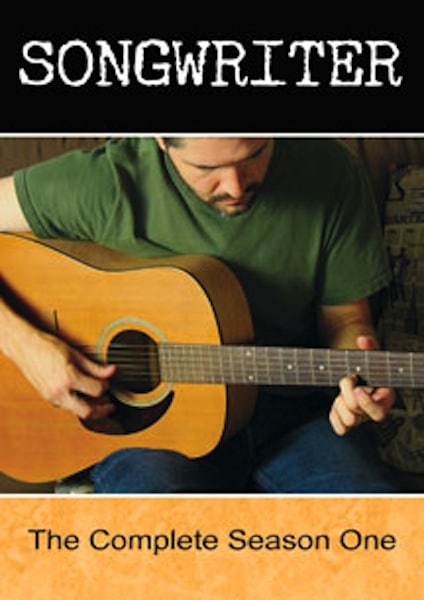 My name is Mike Purcell and I’ve spent close to the last 20 years in the music industry recording music, working with songwriters, and refining my art. The last 14 years I’ve spent working primarily on songwriter demo recordings at County Q Productions in Nashville. I’ve had the opportunity to work with some of the most successful writers in the industry over the years, and they have become not only clients, but friends as well. I’ve also worked with completely unknown writers whose songs have absolutely blown me away. With the recent downturn over the last couple of years, we’ve had more time to pursue other projects. I’ve always had an interest in video and met Eric Fazzini while working on mixing a film in March, 2013. We hit it off and formulated an idea for making a video of a former client about his songwriting process.

We ended up spending the next six months interviewing artists, and Dan Gurlitz at Soundview Media Partners secured a national distribution agreement through MVD Entertainment Group. We covered genres from Folk, Prog Rock, Rock, Indy Rock, and Urban/Hip Hop to Singer/Songwriter. But regardless of genre, songwriting is songwriting, and there are several common threads we noticed that run throughout the process. Here are 5 key things you can learn as a songwriter by watching our series:

If you are chasing a sound or a style of music, you are never going to write anything truly original. If you are honest and truthful about your subject matter, it will show, and people will relate to your song. Write what you feel. Many of the songwriters said their idea of becoming a better songwriter is to convey a complex idea in a simpler way. When you start out writing what you feel, you may end up with a 10 minute song. If you can hone that down to suit the attention span of an average listener, even better. By writing what you know, you don’t have to struggle for subject matter – it comes naturally and it will be palpable to the listener. I recently spoke to a writer whose co-writer suggested including a reference to a city that the other writer had no familiarity with.  So instead of spending his time focusing on the song, he researched Tucson – something he had no clue about – to work into the song. Suddenly he was sidetracked, the creative flow had been broken. Writing what you know will flow more easily, and you will become more prolific. Which leads us to…

Creativity is like a closed faucet. All of us have creativity within us, some just never choose to explore it as an outlet. As you begin writing and the creative process, you slowly begin opening that faucet. It starts as a trickle, and you will struggle. But the more you write, the easier it becomes, the easier the ideas come, the easier the chord progressions take shape. The faucet goes from a trickle to a steady flow and – just ask any hugely successful writer – it becomes a torrent. Successful writers write every day, all day – that’s their job. Take several days off and that faucet closes a little more each day. So develop habits where you set aside time every day to work on music – some days it will come, some days it won’t. Don’t get discouraged, keep after it and you will find that you are creating more content. A lot of it may be bad, really bad, but occasionally you will stumble across something worth playing for others.  Remember the 10,000 hour rule – do something for 10,000 hours and you will master your craft. That is not to say that there is never room for improvement, but the process will be much easier and come more naturally. That, according to many of the songwriters in our series, is when the songs “flow” out of them. Brad Pounders wrote every day for over a year and, at the end, he was writing at least one song a day, sometimes two.

Note…
A lot of our writers felt that creating the proper environment is a huge part of their creative process. Turn the phone off, focus on what you want to do, and start doing it.

All of our artists except for one collaborate extensively when writing music. They feel that the end product is something that usually exceeds the expectations of the writers involved. Collaboration not only extends to the writing process, but the recording process as well – engineers and producers, as well as players on a session, can often give input to better the final product. Collaboration often works well when you team up with other writers that complement the songwriting abilities you feel weak in. For example, if you’re a great programmer and melody writer, find a great lyricist to work with. This is not to say that you must always collaborate. Brad Pounders writes primarily by himself these days and produces great songs. He just prefers it – he works more from stream of consciousness. Patrick Rickelton wrote solo for much of his early career, but says he likes co-writing more as he has gotten older. It can help you to overcome “humps” where you’re stuck to have another person chime in and offer an idea.

4. Take criticism with a grain of salt:

Criticism of anything you do is hard to take, especially when it comes to a song that you have worked really hard on and feel good about. Almost all of our writers take the criticism and analyze it to see if it’s valid – and then they use that criticism to refine their song or process into something better. Sometimes you may receive criticism that is not valid. As one of our writers points out, “Art is in the eye of the beholder.” Some people just may not like your style of music, and you should discount that type of criticism. However, if a peer that you respect gives you valid criticism, you should think about it and see if you can improve what they are suggesting. One of our artists sends me songs periodically and asks my opinion, and we have a high level of mutual respect. I’ll listen to the songs, and send him back an email saying things like “I get this part of the lyric and the story being told until here, and then you’ve got this lyric and I get a little lost.  What does it mean?” An important thing to remember about criticism of a song is that it’s not a personal attack, and it’s not even something directed at you personally. It’s one person’s opinion about a song, nothing more.

Every single one of our artists work day jobs to pay the bills. And not day jobs like lawyers or doctors, but day jobs like bartenders and waitresses – one is a bicycle taxi driver. They come home and write music, play shows whenever they can, and keep after it. Some have lost friends or apartments, some live month to month, paycheck to paycheck so they can have the time to write. Many have lost girlfriends or boyfriends because they spend all their spare time writing music or promoting themselves. It’s a lifestyle choice, but all of the artists feel like it’s something they have to do – it’s a calling.  Be prepared to miss family events because you’ve got the opportunity to play a gig. You’ve got to devote a tremendous amount of time to music simply because you’re passionate about it. If you’re not willing to devote that time, you might be better off giving it up or settling for being a mediocre writer. Financial or critical success may never come, but the fulfillment of your soul by creating something that will last forever is usually enough for many writers.  Still, all of our writers in Songwriter have goals that they are working towards, and are being proactive and achieving some of these goals, but only through hard work.

These are 5 important takeaways you would get from watching our series (but they are by no means the extent of the series!) The likelihood of instant success or cranking out a masterful song, especially early on, is low. You have to work continually at your craft to get it to the point where you can make any sort of income from songwriting.

The important thing to remember is that there are no rules. Do what you feel, follow your heart, and always remember that the only person you have to please is yourself.

Our website can be found athttp://6minorfilms.com, we are on Facebook as “6minor Films”, and our YouTube channel with full b-roll of songs is located athttp://youtube.com/6minorfilms. Our website has complete synopses of all episodes and any other information you may have questions about. To contact us directly, our email is 6minorfilms@gmail.com. 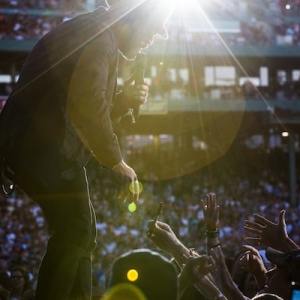 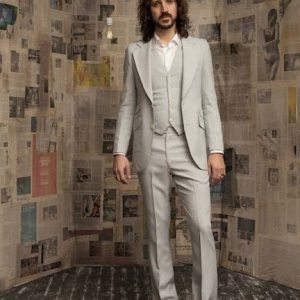