We all have our favorite Christmas songs. Often they tend to be one of the staples—the likes of “All I Want For Christmas Is You,” “Silent Night” and “Santa Claus Is Coming To Town.” They are the songs that seem omnipresent for months on end while the 25th nears. While they are classics for a reason, it never hurts to have a little revamp in our holiday playlists. Today, we’re going through just a few songs that will help you mix it up this holiday season. Find five underrated Christmas songs that you may not be familiar with, below.

Up first is “Christmas Tree Farm” by Taylor Swift. Given that Swift grew up on an actual Christmas Tree Farm, this song feels deeply nostalgic—perfect for the holidays. The strings swell gorgeously alongside quintessential jingle bells. In typical Swift fashion, the bridge in this track is the best part: And when I’m feelin’ alone / You remind me of home / oh, baby, baby, Merry Christmas.

2. “Count Your Blessings Instead of Sheep” (Irving Berlin/Bing Crosby)

Featured in the film White Christmas, “Count Your Blessings Instead of Sheep” is one of those Christmas-adjacent tracks. Though it doesn’t explicitly reference the holiday, the track’s classic ’50s feel lends itself nicely to any Christmas festivities. Bing Crosby’s baritone will lull you to sleep on this one as he croons When I’m worried and I can’t sleep / I count my blessings instead of sheep.

For her 2019 Christmas special, Kacey Musgraves tapped a number of special guests to help celebrate the season. One such guest was frequent collaborator Troye Sivan. Together, the pop staples performed an original Christmas tune “Glittery.” While the track sticks close to the hallmarks of holiday music—a cheerful melody and endless references to the 25th—Musgraves and Sivan add in a modern pop flare that makes “Glittery” a welcomed change of pace for any Christmas playlist.

John Denver is comforting in any season. He gives solace amid the holidays with his 1975 release “Christmas for Cowboys.” This somber track is tailor-made for cozying up to the fire with hot cocoa in hand. He plays the part of a wayward cowboy in this one, developing his own Christmas traditions underneath the sky and the wide open range.

5. “I Heard the Bells on Christmas Day” (Johnny Cash)

A fair few artists have taken on “I Heard the Bells on Christmas Day,” but the version we’re looking at for this list is from Johnny Cash. The song, based on an 1863 poem, tells the story of a narrator hearing Christmas bells during the Civil War. Cash sings, And in despair I bowed my head / ‘There is no peace on Earth,’ I said / For hate is strong and mocks the song / Of peace on Earth, good will to men. Cash imbues just the right kind of despondent attitude to pull off this song’s message with ease. 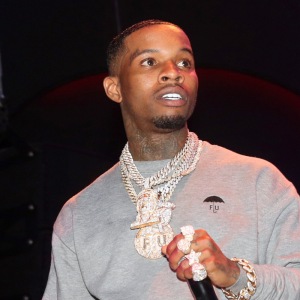 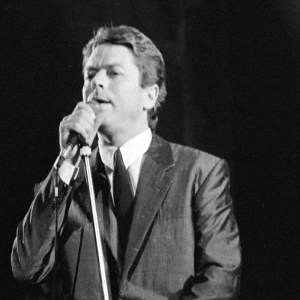