What do you listen to when you can no longer stomach the sickeningly cheery, obnoxiously jangly holiday soundtrack that has been piped in since before Thanksgiving? The answer: Absolutely anything else.

But what do you listen to when you’re over the Christmas catalog, yet you still want the same celebratory, cheerful, sentimental feelings that come along with the ear-assaulting holiday racket? The answer: You’ll find some ideas, below.

So long “Winter Wonderland,” here’s to jamming to a “White Winter Hymnal.” A song that sounds like freshly fallen snow and crisp winter air, the Fleet Foxes hit is still slightly sleigh bell-tinged with its tambourine flourishes, but it’s tolerable.

With the muscular big band feel of any Bing Crosby classic, Nat King Cole’s “Almost Like Being in Love” has a similar swing without nausea. A song about simply feeling good, it sounds even more fun and carefree than dashing through the snow in a one-horse open sleigh.

Nancy Sinatra’s “Sugar Town” is a song about LSD but fits nicely in the place of a “Baby, It’s Cold Outside” or a “White Christmas.” It has the pluckiness to bring holiday cheer but also qualifies for the naughty list.

A “Carol of the Bells” à la Beach Boys, “God Only Knows” has the galloping fanfare of a holiday tune with delicate horns, crystal clear bells, building strings, and rapid-firing snare hits.

Kicking off with the crisp twinkle of bells before exploding into ricocheting drum beats and wailing guitar riffs, “Hazy Shade of Winter” trumps any holiday tune. Who says you can’t rock around the Christmas tree to The Bangles?

Ditch Bruce Springsteen’s “Santa Claus is Comin’ to Town” for his classic “Tenth Avenue Freeze-Out,” a song with more chilling soul than Frosty has in his carrot nose. With its bright, triumphant keys and tough horns, the tune is the perfect substitute for any cheer-mongering holiday hit.

If you’re really having a “Blue Christmas,” try out Etta James’ “Stormy Weather” for a spell. With a voice even more classic than the Bings, Deans, and Franks of the world, James could soundtrack any season, so why not the holiday season?

Many holiday songs come attached with lessons of love and kindness for all. While the messages are important ones, they’re often dressed up as schmaltzy adages about making lists and checking them twice.

A funked-up tune about reaping what you sow, like Funkadelic’s “Can You Get To That,” makes for a great stand-in.

The holidays are meant to be a magical time of year, and you can still have that splendor without having to choke down one more “Holly Jolly Christmas.” The light-hearted shuffling “Do You Believe in Magic?” by The Lovin’ Spoonful can make the holidays just as merry and bright. 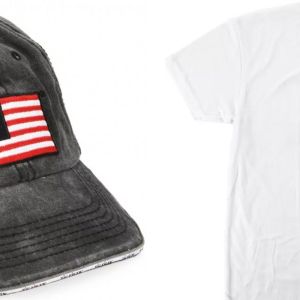