Tory Lanez has been found guilty on all counts in the Megan Thee Stallion shooting trial. Lanez was accused of shooting the rapper in the foot at a Hollywood party in 2020. The nearly two-week trial came to a close Friday afternoon (Dec. 23).

The verdict was handed down by a Los Angeles jury. Lanez has been convicted on three counts – assault with a semiautomatic firearm, carrying an unregistered firearm in a vehicle and discharging a firearm with gross negligence. He still awaits sentencing but faces up to 22 years in prison.

Per Billboard, Lanez’s father began screaming in the courtroom, “This wicked system. Shame of all of you!” after hearing the verdict.

Lanez’s defense rested on a lack of DNA linking Lanez to the 9mm handgun used in the crime. His attorney, George Mgdesyan, further claimed that Megan’s friend, Kelsey Harris, shot the “Plan B” artist after Lanez revealed he was sleeping with both women. They brought in an alleged eyewitness Sean Kelly, who ended up giving a contradictory testimony from the stand earlier this week.

The prosecution in the case focused on the emotional toll the case had on Megan. The rapper said during her testimony, “There is not a day that goes by where somebody is not calling me a liar or is not shaming me for being a grown woman and having sex. This whole story has not been about the shooting, it’s only been about who is Tory having sex with.”

Los Angeles Deputy District Attorney Kathy Ta added, “He said this case was about sexual relationships. That’s not true. This case has always been about the shooting. Why did the defense do this? He wants to play on age-old prejudices and biases. But you are all better than that.”

The shooting happened on the morning of July 12, 2020, while on the way home from a party thrown by Kylie Jenner. According to Megan, a fight broke out between herself and Lanez. She was then shot in the foot multiple times after Lanez allegedly shouted “Dance, b—-.”

According to Megan, the road to recovery was a long one. She recalled earlier this year, “Both of my legs wrapped up. I could not walk. I still have bullet fragments in my feet right now. I was very scared that I was not able to be Megan Thee Stallion no more. And I was fucked up.”

She continued, “I feel shame, a little bit because even after he shot me, I still was thinking about everybody else in the car. I thought everybody in the car was my friend, [and] the whole time, that’s not how they thought of me. That’s what really hurts.”

Lanez opted not to testify in the case. Megan was not present for the reading of the verdict. Read a full recap of the case, HERE. 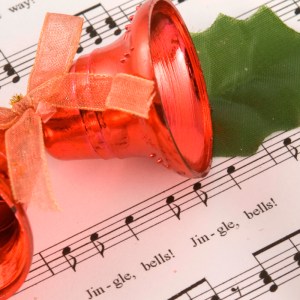