Everything began with his first No. 1 hit, “Mandy,” in 1974 and snowballed from there with “Copacabana,” “Can’t Smile Without You,” “I Write the Songs,” and “Could It Be Magic.”

In a career spanning nearly 60 years and 31 albums, Barry Manilow has written, produced, arranged, and composed more than 50 Top 40 hits, including 13 No. 1 singles, and has picked up a Grammy, a Tony, and Emmys along the way. Manilow was inducted into the Songwriters Hall of Fame in 2002.

Born on June 17, 1943, in Brooklyn, New York, Manilow studied musical theater at Julliard Performing Arts School and began arranging music for theater and writing and singing jingles—including ones for State Farm Insurance (“Like a good neighbor, State Farm is there”) and the famous Band-Aid kiddie jingle “I am stuck on Band-Aid, ’cause Band-Aid’s stuck on me.”

Manilow called his jingle-writing days “the best music college I could ever imagine.” He added, “What I learned most of all in my jingle days was how to write a catchy melody.”

In 1967, Manilow became the musical director for the WCBS-TV series Callback, and later arranged a new theme song for The Ed Sullivan Show.

A bonafide hitmaker, and songwriter—penning more than 400 songs throughout his career—Manilow also wrote and produced songs for a number of different artists since the early ’70s.

Here’s a look at eight more under-the-radar songs Manilow penned for other artists.

The ABBA-like quartet consisting of two men and two women—Steve Adler, Charles Merriam, Kathy Ward, and the fourth member known only as Dee—were only together from 1970 through 1973 and released one album and several singles, including Barry Manilow’s softer rock ballad “Sweet Life.”

Manilow would later record “Sweet Life” and release it as the closing track off his 1973 self-titled debut.

Lady Flash was a trio of backup singers comprised of Monica Pege, Reparata Mazzola, and Debra Byrd, who worked with Barry Manilow from 1974 through 1979. In 1976, the trio released their only album, Beauties in the Night, which was produced by Manilow, who also wrote the R&B ballad “Never Gonna Let You Get Away.”

Dionne Warwick later covered the song solo and as a duet with Manilow while recording her 1979 album, Dionne (also produced by Manilow)—both versions never made the cut. Warwick later released her earlier (solo) version of “Never Gonna Let You Get Away” on an album of previously unreleased songs, The 80s, in 2015 and the duet with Manilow as a single in 2018.

Where are Lady Flash Now?
Monica Pege jumped into acting as well as musical collaborations with Jermaine Jackson, Michael Wycoff, and Gwen McCrae and joined Manilow for a string of shows in Las Vegas from 2004 to 2010.

Reparata Mazzola, who was part of the 1960s girl group Reparata and the Delrons before working with Manilow, works as a screenwriter.

Byrd also toured and recorded with Bob Dylan on several occasions, including providing backing vocals on his 1986 song “Band of the Hand,” which also featured Tom Petty and the Heartbreakers and Stevie Nicks. Byrd later went on to work as a vocal coach for contestants on American Idol for 11 years before moving on to The Voice and is the vocal chair for the Musicians Institute.

Melissa Manchester went to New York University to study songwriting, along with her schoolmate Paul Simon. She started performing in the New York City club scene in the 1970s, eventually joining the Harlettes, backup singers for Bette Midler, and released her debut album Home to Myself in 1973. Her fourth album, Better Days and Happy Endings, features one track she and Manilow co-wrote: “Good News.”

The song was later covered by Mary Travers of Peter, Paul, and Mary. Manchester later covered Carole King’s Tapestry hit “You’ve Got a Friend” as a duet with Manilow on his 2007 album, The Greatest Songs of the Seventies. Manilow later released his own version of “Good News” as a bonus track on the 2006 expanded edition of his second album, Barry Manilow II.

Barry Manilow and Dionne Warwick‘s friendship and collaborations date back to the ’70s. When Warwick was ready to record her album Dionne, which included her hit “I’ll Never Love This Way Again,” Manilow was brought in to produce it. He also co-wrote two tracks on the album, including closing “All the Time” with Mary Panzer and “In Your Eyes” with his regular collaborators Jack Feldman and Bruce Sussman.

“People warned me that Dionne might be difficult to work with and that was the farthest thing from what happened,” said Manilow. “We had a ball making that record. It was a party every afternoon. It’s one of my favorite memories. She was in great voice that entire album, as you might be able to hear. On every song of that album she was hitting notes in her range that I didn’t know she had.”

Warwick and Manilow continued to collaborate throughout the years, with Manilow also producing a song on Warwick’s 1985 album, Friends, and co-writing the track “Bedroom Eyes,” off her album Finder of Lost Loves, released in the same year.

Barry Manilow recorded and released his song “Stay” on his ninth album, Here Comes the Night, in 1982, but the song was first given to the R&B trio of Ray, Goodman & Brown to record. The trio had a string of hits in the ’70s, including “Sexy Mama,” “Look at Me (I’m in Love),” “Love on a Two-Way Street,” and “Special Lady.”

Do you remember how we used to be?
Before we lost the dream of you and me?
From the very start you took my breath away
So tonight lets bring back yesterday

Darlin’ Stay.
Why don’t you be with me tonight
Stay
We can make love till the morning light
Baby Stay
I can make everything all right
Just tell me what to say ’cause I really don’t want you to go

As posh dog Georgette gets her introduction in the 1988 Disney animated film Oliver & Company—loosely based on the 1838 Charles Dickens classic Oliver Twist—she’s singing her ego-centered “Perfect Isn’t Easy,” as she primps herself in the mirror and shows off all her fancy belongings.

Girl, we’ve got work to do
Pass me the paint and glue

See, how the breeding shows
Sometimes, it’s too much for even me
When all of the world says yes

In her role as Ms. Fieldmous, late performer Carol Channing (1921-2019) sings the humorous tune of “Marry the Mole” in the 1994 animated film Thumbelina. It’s one of 19 songs written and composed by Manilow, along with lyricist Bruce Sussman and Jack Feldman, for the soundtrack to the film. The three previously worked on the Bette Midler-performed “Perfect Isn’t Easy” (see above) for the animated Oliver & Company several years earlier.

Manilow would also compose music for the Bluth-helmed The Pebble and the Penguin, starring the voices of Martin Short, Jim Belushi, and Tim Curry, in 1995.

Here comes the bride is a lovely little ditty
But marrying for love is a foolish thing to do
‘Cause love won’t pay the mortgage or put porridge in your bowl
Dearie, marry the mole

True, it’s a fact that he’s not exactly witty
He’s blinder than a bat but at least his eyes are blue
His breath may be alarming but he’s charming, for a troll
Dearie, marry the mole

In 2003, Grammy-winning jazz singer and pianist Diane Schuur released Midnight, an album of songs written entirely by Manilow and a handful of co-writers. “Meet Me, Midnight” was the only track co-written by his longtime collaborator Bruce Sussman, who also helped write Manilow’s 1978 hit “Copacabana.”

Meet me midnight, thats when things get nice
My place midnight don’t forget the ice
Don’t look for me in the light of the day
I wait till midnight to come out and play
Meet me midnight, oh thats my paradise
Meet me Midnight, oh baby you can be my guest
Just make it midnight oh you fill in the rest
Some rise at sunrise and think it’s a wow
Thats very nice if your milking a cow
Not me, Midnight thats when it’s the best 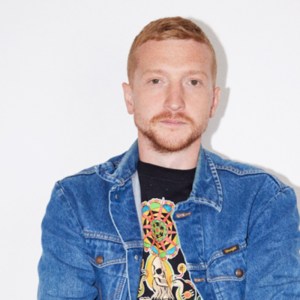 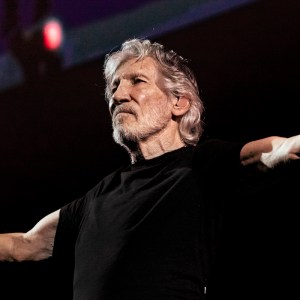