The hip-swaying, toe-twirling, falsetto-singing former frontman of the boy band *NYSNC, Justin Timberlake has risen from the collection of singers who introduced him to the world to later become one of the most famous entertainers in music.

With a handsome face, eye-catching dance moves, and a voice that brings hearts to flutter, Timberlake has wowed on stage, in the studio, and even on the silver screen, acting in prominent movie roles like that of a smarmy Napster co-founder in The Social Network.

You knew Justin Timberlake was in the humorous song “Dick In A Box” sketch, but did you know he is credited as one of the co-writers? The 2006 hit track from Saturday Night Live is all about a fella “gifting” someone his member. The laugh-inducing song has been a hit amongst college guys for years. The song is credited to the comedy singing team known as The Lonely Island.

Released in 2007, “Falling Down” features a number of artists at work, from Timberlake to the members of the British-born new wave band and more. “Falling Down” features vocal percussion, a strummed electric guitar, and pensive, even eerie vocals from the frontman Nick Rhodes. The song comes from the band’s 2007 album, Red Carpet Massacre, and listeners can hear Timberlake’s influence on the chorus and beat-boxing, to be sure. It’s also the only track on the record that is produced solely by Justin Timberlake and Duran Duran. All the other numbers are produced by Timbaland, a longtime Timberlake collaborator, and Danja.

Another track featuring Timberlake that, you may not know, he helped write. The sexy pop hit with an even sexier video, was composed by Timberlake, as well as Mike Elizondo, James Fauntleroy and Rob Knox. The song was released on Ciara’s third studio album, Fantasy Ride, in 2009.

The 2008 track, “Miles Away,” by Madonna was written, in part, by Timberlake, along with the Queen of Pop, uber-producer Timbaland and Danja. It was released on Madonna’s eleventh studio album, Hard Candy. The song features Timbaland-Timberlake signature beat-boxing as well as the acoustic guitar strumming that helped connect their sonic partnership. The song was inspired by Madonna’s marriage to then-husband, movie director Guy Richie, and the distance they endured as professionals.

The collaboration between Timbaland and Timberlake was fruitful in the mid-2000s. “Rehab” is another hit song which also features Timberlake on the recording. Officially written by Timbaland, Timberlake and Hannon Lane, this RiRi song has gone on to earn some 422 million views on YouTube alone. Released in 2007, it’s a lustful song about distance and attraction.

Queen B’s 2013 sensual song “Rocket” was written by Timberlake, Beyoncé, Timbaland, James Fauntleroy, Miguel, Chris Godbey and J-Roc. Oh, to be a fly on the wall in the studio on these sessions. The fun, the heart-pounding conversations and writing sessions. To be an artist can be the best of times. The song was released on Beyoncé’s eponymous fifth LP, Beyoncé. The two also worked on Bey’s song, “Partition.”

7. “The Only Promise That Remains” (Reba McEntire)

As lore has it, Timberlake and McEntire met at the 2007 Grammy Awards and she then asked him to be part of her forthcoming LP, Reba: Duets. Together, with Matt Morris, Timberlake wrote the song, “The Only Promise That Remains,” which dropped in late 2007 and turned out to be an acoustic Celtic love ballad that they both knocked out of the park. It’s not exactly as commercial as the songs above, but it’s great work.

Performed by Ariana Grande, “They Don’t Know,” from the soundtrack for the 2016 animated film, Trolls, was written by the soundtrack’s producer, Justin Timberlake, along with collaborators Max Martin, and Shellback. It’s a sticky track featuring, it would seem, Timberlake’s vocal bass line in the background. It’s also one of several songs written, at least in-part, by Timberlake on the soundtrack.

In the mid-2000s, The Black Eyed Peas had a resurgence, evolving from indie rap to mainstream pop success. One of their biggest songs was the 2003 song, “Where Is the Love,” which was co-written by Timberlake, George Pajon Jr., BEP frontman, will.i.am, apl.de.ap, Mike Fratantuno, Taboo and Printz Board. To date, the emotional song has 855 million YouTube views alone. 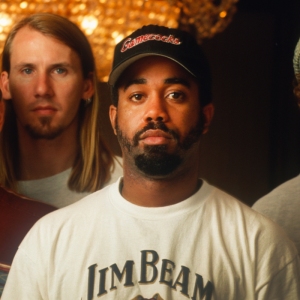