Bruce Springsteen made his debut on SiriusXM’s The Howard Stern Show on Monday (October 31) to talk to Stern and co-host Robin Quivers about his family, his band, his career origins, his thoughts on Taylor Swift’s new album, and more.

He also played several songs during his appearance. Below check out the highlights from the two-hour appearance.

“I bumped into the luckiest job in the world because they paid me a fortune for something I would’ve done for free,” he added.

When looking ahead to his future, he credited Johnny Cash and Pete Seeger with inspiring him to keep rocking into his later years. “I look at those guys and go, ‘Yeah, I don’t know if I’ll [always] be doing three-hour shows, but there are so many different kinds of music that I can play and do. That Broadway show I can do for the rest of my life in one form or another if I wanted to. So, I can’t imagine retirement, no.”

Springsteen on His Broadway Show and Retirement

Springsteen on his Broadway show:

“It just happened by accident,” Springsteen told Stern, explaining it all started when President Barack Obama invited him to play at the White House. “I thought, ‘What can I do that is different? Well, I’ll read from my book a little bit and play some songs that are related to it,’” he recalled of the performance. “It ended up being about 90 minutes of what the Broadway show became … [then] Barack Obama came up and said, ‘I know you just did this for us, but you should turn this into a show.’” His two closest confidantes, his wife (and longtime E Street Band member) Patti Scialfa and his longtime manager-producer Jon Landau, agreed.

“Shortly thereafter I added about a half hour to it, and it became the show I did on Broadway,” Springsteen said, adding, “I played – I don’t know – 200-plus nights, we did it 14 months, and I enjoyed it every single night that I did it and found something new in it.”

Springsteen on Tougher Than The Rest and becoming that man:

“It’s probably my best love song … because it’s so understated,” he told Stern, noting the strength of the title before digging into the main character. “He’s in a bar, there’s somebody there he’s interested in … [and he’s] thinking, ‘Hey, I’m not anything that special, but I last. When the chips are down, I’m there.’ … When that guy gets down to that last verse … he’s using the only sales pitch that he’s got.”

“That’s how I know that I’ve got something,” he explained. “I’m playing and I’m singing, but I’m listening too … if I’m creating that sensation for me, I know I’m creating it for you, and that’s how I judge what I’m doing.”

“I didn’t have the emotional flexibility to get into a real relationship with somebody or really fall in love with somebody, I simply was too frightened, and I’d bolt,” he confessed. “And I said, ‘Well how do I stay? … How do I get to what this guy is saying in ‘Tougher Than the Rest?’ How do I simply get to that place where I can say, ‘I’ll be here.’”

When his first marriage to actress Julianne Phillips led to divorce, it took a toll on Springsteen. “That was pretty devastating. It was a big failure at the time,” he revealed. “Then eventually Patti [Scialfa] and I got together, and Patti was very different than anyone that I went out with before. She was tough.”

After Stern asked Springsteen how long it took Patti to trust him, he jokingly suggested Stern reframe the question. “The question should be, ‘How long since she’s been able to trust you enough to keep you in the house,” he teased.  “We were both outsiders … and we came together, and we just sort of made that promise, like, ‘… this is the one that we do the things that it takes to make [it] work.’ … We took that vow, and we were married long before I say we actually got married.”

Springsteen on the best songs he’s ever written:

Springsteen himself struggled to choose the best song he’d ever written, though he told Stern his darlings included “Darkness on the Edge of Town,” “Born in the U.S.A.,” “Born to Run,” and “Thunder Road,” as well as the albums “Nebraska” and “Letter to You.” He was also fond of “The Rising,” a song and album he penned shortly after the terrorist attacks of 9/11.

“You write what you can,” Springsteen said of creating music to overcome those types of tragedies. “You go, ‘Do I have anything to say?’ and — in the case of the 11th — ‘Is it possible to say anything about this?’ … That’s why what I wrote was a prayer. All I [knew] how to do [then was] to pray.”

“Like everybody else, I was just in shock. I was going back home and … some guy rolled down his car window and said, ‘Hey Bruce, we need you!’” he recalled before playing “The Rising” for Stern, live in the Stern Show studio.

“When you can write those, you’re lucky,” Springsteen later added. “It’s your craft, your talent, you’ve put the years in, you know how to put a piece of music together, but at the same time there’s always something going on that you don’t understand … the X-factor.”

Springsteen was by his side when Clemons died in 2011 at the age of 69 after suffering a massive stroke. Speaking about their final moments together, Springsteen told Stern he was playing Clemons a song as he passed away.

“I had a feeling he could hear me because he could squeeze your hand. When I first went to see him, there was some response to your voice and being in the room,” Springsteen recalled. “I knew that he was gonna die. I just brought the guitar in, and I strummed this song called ‘Land of Hope and Dreams.”

“Why did you choose that?” Stern wondered.

“It’s about passing over to the other side, you know? It’s about life and death,” Springsteen said before switching guitars and performing the hymn for listeners.

“It was one of the last songs that Clarence and I worked on a sax solo together on,” Springsteen finished. “That was it, you know? There wasn’t anything else to say.”

Springsteen on his guitar playing:

“My guitar playing is underrated as a matter of fact,” he told Stern with a laugh. “I started out as a lead guitarist. That was my original gig … I wouldn’t have survived otherwise … I was all about shredding through my teens and early 20s.”

“I had to get an operation on my neck because … my fingers were going numb,” Springsteen told Stern. “I’d get halfway or three-quarters of the way through a solo and my fingers would just fatigue.”

“It was a bit freaky because they cut your throat, basically – open you up, tie your vocal cords off to one side, and they tell you, ‘You’re not going to be able to sing in three months,’” he recalled. “I didn’t sing for three months, then I went in my garage, picked up a guitar … I played ‘Darkness on the Edge of Town,’” he continued before performing the song live for Stern and his listeners.

Springsteen admitted the surgery had left him nervous about whether he could still sing, but his fears were assuaged after he nailed the high vocals in the song. “Once I got to that note, I said, ‘I’ll be alright,’” he laughed.

Springsteen on his new album Only the Strong Survive:

“I worked very hard on my singing on this record,” he told Stern before explaining he worked even harder to select the right songs for the album. “I made an entire record … and threw it out.”

“There’re 15 songs on this record, 40 songs left on the floor,” he continued. “I basically chose songs that I love and …. [that] got my voice out front.”

“My career has been a life-long conversation with the audience,” Springsteen said at one point, explaining he was grateful for loyal fans who were “still interested in what’s interesting me.”

Springsteen’s “Only the Strong Survive” is available Nov. 11.

Springsteen Is Proud of His Evolution 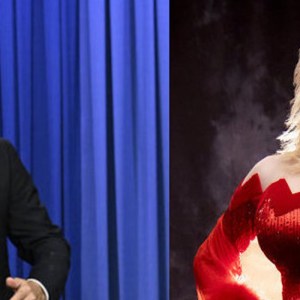 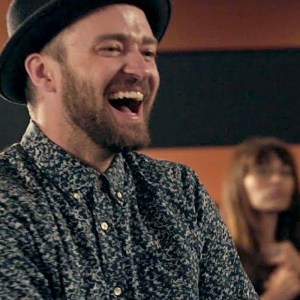