With her last album, 2018’s Bee Eater, Emily Brown established herself as a kind of ethereal chanteuse, a mystical madam whose elegiac narratives suggested the sound of English folk music attained from their traditional origins. With a voice that soared and shimmered like the late songstress Sandy Denny, she came across as both precious and poetic, an enlightened earth mother possessing a mythical gaze and a prominent pastoral view.

With her latest effort, the somewhat diffuse A Fish of Earth, Brown seems eager to change her tack, even if it’s ever so slightly. Her angelic tones still prevail, but the music appears a bit more gothic in origin. Many of the songs — “Amen Amen,” “Mrs Arnolfini,” “Dread” et. al. — are sung to the sole accompaniment of a droning harmonium, while other offerings — “Baby Wanting” in particular — take on a decided spunk through a freewheeling frivolity that dispenses with the furrowed attitude Brown emphasized earlier on. Yet, despite the sometimes simple arrangements, Brown still comes across as expressive as ever. “I Get the Feeling” provides a blend, chock full of earnest engagement and a sound that appears intent on emulating a carnival-like cacophony. Likewise, “Traipsing” and “Marianne” seem almost giddy, given their semi-celebratory stride

That said, there are parts of A Fish of Earth that sound somewhat extemporaneous, as if Brown was caught between her mood and a muse, and then disregarded any concern as to how they would play out. The aforementioned “Dread” is an ideal example. Despite the stately setting, Brown simply tosses out a stream of lyrics that fail to fall in with rhyme or meter. “Haven’t Been Through Any of That,” on the other hand, offers a display of solemnity and sobriety, a steady atonal rhythm propelled with the foreboding feel of atmospheric embellishment. It’s sensual and seductive, an ideal example of Brown’s ability to create a blend of melody and mysticism in equal measure.

“If I have the questions, do you have the answers,” Brown asks on the quixotic “Game Show,” turning what purports to be a quiz show competition into a more striking scenario akin to a serious session with a psychiatrist.

To be sure, these cerebral set-ups rarely invest in catchy choruses or vibrant verses. The final track, “But You Might Rise” is overlong and somewhat tedious. Nevertheless, this is an album well suited for quiet contemplation and mindful meditation, where wistful expression finds a stoic reality and destiny and desperation are dealt with in equal measure. It’s built on classical conceits, but flush with emotion, expression and poetic profundity. In other words, this Fish dares the listener to take the bait. 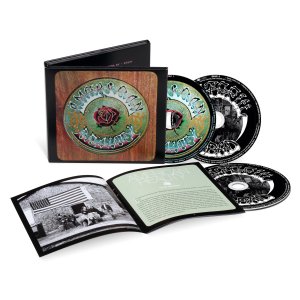 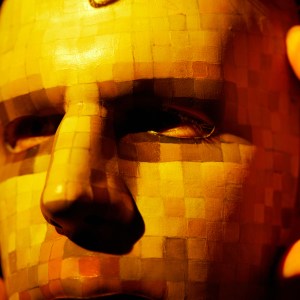