With 273 Grammy nods this year, independent labels picked up just over half of the award nominations.

Jim Mahoney, Vice President of the American Association of Independent Music (A2IM), a trade organization that represents independent record labels, says that when he worked at indie labels in the ’80s and ’90s – like Profile Records and Roadrunner – winning a Grammy award wasn’t as important to independent labels as he thinks it may be now.

“I never really thought the Grammies were for me,” Mahoney says.

While he doesn’t want to credit the trade association with the indie labels’ recent Grammy success, he hopes that as a byproduct of A2IM’s community building efforts that more independents are engaging in the Grammy process.

But what does it even mean to be an indie in the day and age when Taylor Swift, one of the biggest artists in the world, is on an independent label?

Jim Mahoney says the psychological and emotional meaning of “indie” is purely with the listener. He pulls out a copy of Billboard and picks out Ray LaMontagne’s name – number 30 on that week’s chart. LaMontagne’s record God Willin’ and the Creek Don’t Rise is listed under RCA. “It’s been a long time since RCA could claim to be independent,” Mahoney jokes.

But, for LaMontagne, Mahoney says, “Someone is assigning psychological feelings like ‘that sounds indie’.” On the other hand, people feel that Swift couldn’t possibly be indie because she’s so mainstream.

“While we are of different sizes, different genres, different business models, different distributor types, we’re all independent when it comes down to the might. There’s the majors, and then there’s everybody else,” says Mahoney.

Those psychological responses also contribute to the fact that many artists feel they have to sign to a major label to achieve success in the music industry.

There are plenty of indie labels that carry the same weight as majors. Glassnote, Beggars, XL, Matador, and Domino have artists like Phoenix, Mumford & Sons, Vampire Weekend and Animal Collective.

Mahoney says Stones Throw, an L.A.-based label, has found recent success with Mayer Hawthorne and Allo Black, two artists who the label believed in and worked for a long time – and who are starting to see dividends.

“I see how they’re taking on the challenges of the marketplace. They’re working different angles and finding ways to do business that works for them,” says Mahoney.

Mahoney says the most successful indie labels today have mastered the art of staying alive. He learned the mantra of successful labels during his stint working at indies in the ’90s: “Work the projects hard, but let each amount of money that you put out on that artist show and prove something before you put more money in.”

Mahoney brings up the example of Ghostly International, a Michigan-based indie label who has built up success with significant electronic artists like Matthew Dear and Gold Panda. “Ten years ago, Ghostly invested time learning and mastering the licensing business, publishing, the value of controlling master copyright and songwriting copyright so that they could make more attractive offerings to people who want to use their music for TV and film.”

“But today,” Mahoney says, “success and or failure happen faster than they did 10 years ago.”

He says that just because licensing may have been an indie’s best weapon in 1999, today it’s something else. “All of [the successful labels] whisper to me, ‘It’s my direct to fan business. I got into it a couple years ago and now my fans know to come here to get special products’.”

Plenty of companies like TopSpin, Nimbit, and AudioLife have popped up to service the direct-to-fan business, while some labels have built their own proprietary systems.

“People think ‘DIY’ and they think about DIY artists who are unsigned, but labels are doing DIY. It gives you tools, it doesn’t dictate how you do business.”

But Mahoney says doing-it-yourself – and competing against the better-heeled majors – isn’t easy.

“DIY is brutal, and artists are finding that out, but at least the tools are there,” he says.

Mahoney says the same rules apply to unsigned artists and independent labels. “The more things you can do for yourself, the better off you’re going to be down the path,” he says. “That doesn’t mean keep on doing it forever. Just make sure you know how that job works.” 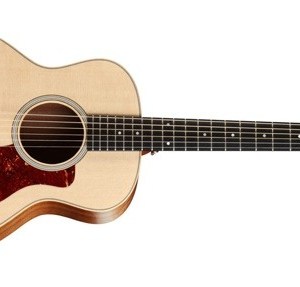