Billboard and Nielsen SoundScan announced their year-end tally for album sales, as well as downloads and vinyl.

Single track downloads were up 1% from 2009, a meager increase, though any numbers in the black might be seen as positive for the beleaguered music industry.

The real bright spot for 2010 was in vinyl sales. The format has been gaining interest with audiofiles as well as music fans for its warmth of sound, physical heft, and vintage ambiance. Billboard reports that vinyl posted a 14% increase in 2010 over 2009.

Not surprisingly, the top-selling vinyl albums came from artists whose sound often harks back to vinyl-centric eras like the ’60s, ’70s, and ’80s.

Arcade Fire’s Suburbs and the Black Keys’ Brothers topped the list of new releases, with only the reissued Beatles’ Abbey Road outselling them with 35,000 total units. Vampire Weekend and Beach House also scored big in 2010 with vinyl. 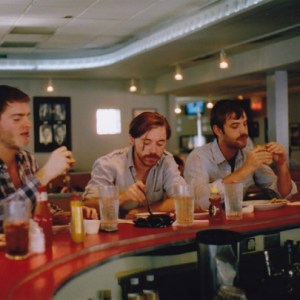