There’s never a great time to postpone a tour, but when a band is in the midst of touring its 50th anniversary, well, suffice it to say, the timing couldn’t be worse. Nevertheless, after taking part in the ‘70s Rock and Romance Cruise in February and playing a few assorted shows thereafter, America had to do the prudent thing in light of the current coronavirus pandemic and postpone their remaining dates for the immediate future. It broke a habit that Gerry Beckley and Dewey Bunnell, the band’s prime players and founding members, have maintained since the beginning.

“We basically do long weekenders,” Bunnell explained prior to the hiatus. “Since the cruise, we’ve done New York, New Jersey, Pennsylvania — that was the weekend after the cruise and then we did Wisconsin. It all becomes a blur. But we’re very fortunate to have the career we’ve had with the longevity and to still get all the work….Of course, now we’ve got that coronavirus thing to worry about. We got off the ship and it was like, ‘Coronavirus, what’s that?’”

While they, like so many other artists, will be forced off the road for awhile, the faithful will likely never feel at a loss when it comes to remembering the music. Since Beckley, Bunnell and the late Dan Peek first formed the group in England in the late ‘60s, America’s boasted a steady stream of hits that have spanned the decades — “Horse With No Name,” Sandman,” “Sister Golden Hair, “Tin Man,” “Lonely People,” “You Can Do Magic,” “Ventura Highway,” “Daisy Jane,” and a remake of the vintage classic “California Dreaming,” among them. Likewise their first seven albums from which most of those songs were spawned — America, Homecoming, Hat Trick, Holiday, Hearts, Hideaway, and Harbor — became the virtual template for the soothing soft rock sound that dominated top 40 radio throughout the ‘70s.

America’s enduring success is also affirmed by the fact that the band has garnered a list of awards and accolades that attest to their durability — among them, a Grammy nod for Best New Artist, induction in the Vocal Group Hall of Fame and a star on the Hollywood Walk of Fame.

Formed in London in 1970, America achieved their initial success immediately after being signed to Warner Bros. Records. They later made a switch to Capitol Records and maintained their momentum throughout the early ‘80s with the singles “You Can Do Magic” and “The Border.” The hits diminished after that, but these days, a series of archival reissues and rarities compilations still manage to keep the group’s music in the public eye.

“The recordings fell off and so did the sales for all the usual reasons,” Bunnell says of that fallow period. “Everything changes and we’ve changed too. But that live show had to keep evolving. Even something as simple as the set order, the song order. You can mess up a show by simply putting the wrong song in the wrong place. Everyone is on a trajectory and getting excited and you suddenly put something in that brings them down. We’ve witnessed that over the years and made those tiny adjustments to make sure the set itself had a life — a beginning, a middle and an end.

Nevertheless, Bunnell doesn’t have a tidy explanation when asked why the band managed to maintain its chart streak as long as it did. “Timing is everything,” he muses. “Being in the right place at the right moment…I don’t know how hits become hits. I sometimes marvel at how big some songs got. Of course promotion has a lot to do with it. But there’s no way of determining what record companies do or how they got them on the radio back in the day.”

He does have a theory as to why things started to slack off in the ‘80s. Although the group did have the few aforementioned hits with Capitol; by the early ‘80s it became apparent that their reign on the charts was coming to an end. That was due in part to the fact that the duo were depending on outside writers and producers, a direction that was dictated by their record label.

“The ‘70s were an intense time,” he reflects. “We had a lot of hits, we were working with (former Beatles producer) George Martin, so it was almost like, ‘Hey we can hand this off to another writer. It wasn’t as productive as the Warner Bros. years. I thought I wrote some great songs and got a few of them on our records, but it wasn’t like it was in the ‘70s when Gerry, Dan and I were writing. It was disappointing when they didn’t receive the attention I would have liked.”

As for the prospects for a new studio album, Bunnell offers an elusive answer. “We’ve found a bunch of songs that were demoed for a project and subsequently scrapped, but we find they sound kind of good all these years later. There was a pretty good chorus or a pretty good verse… so we might polish some of those off. Then again, I’m just speculating.”

On the other hand, he has no doubt as to why his partnership with Beckley has managed to last so long.

“I’ve speculated about that a lot,” Bunnell suggests. “Maybe it’s because we were childhood friends and both of us were air force kids and moved around a lot. The band also had that mindset, like we gotta hang on to each other because this is going to be a bumpy ride-type thing. Before we got back to the States and life got a little more complex, we developed out own lifestyles. I rarely do the things that Gerry does. When we’re off the road, he’s got his lifestyle and I’ve got mine. My wife and I are big animal people and we’ve got a horse, and Gerry’s more of a cultural guy who’s into architecture and art. So I think that helps. We were never leaving out of each other’s pockets. But we still have that same communal vibe about the music we like, and what’s good and what it sounds like. We’ve never gotten into any big philosophical arguments about which direction we should go in. It’s pretty organic that way. We have the same objectives for this band.”

Once the pandemic ends and things return to normality is likely, America will resume touring and continue to celebrate its successes as it embarks on another half century of making its music. Indeed, Bunnell says that he’s still enjoying the journey and not ready to put an end to it anytime soon.

“A lot of people think that after all these years we must be set,” he says. “Yeah, we’re very comfortable and we’re very grateful we’ve earned a very good living, but we’re not ready to put our feet up.” 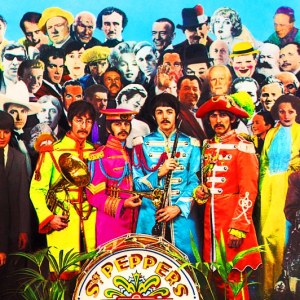 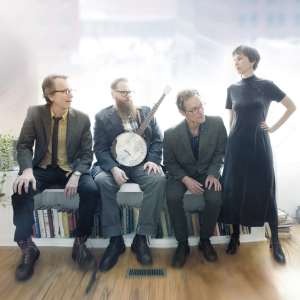