Bad reviews. No songwriters wants to hear negative things about their own songs. And we certainly don’t want to read negative things, published in places other people can read them. Anyone who spends a lifetime writing songs is someone who feels things deeply. So this articulated negativity isn’t fun.

Yet it’s important to remember that all the greatest songwriters have been the subject of such music journalism. Nowadays, more than a half century since certain landmark albums were created and released that forever impacted the arc of popular song as we know it, reading any of these is somewhat of a revelation. And a good lesson for songwriters and all musicians.

So in the first of a series, we’re happy to bring you the best of the worst examples of bad music journalism. And what better place to begin than this, Richard Goldstein’s 1967 review of Sgt. Pepper by The Beatles. An album which went on to become the most popular album of all time, and one of the most influential in all ways. Yet Goldstein, as you can read, didn’t see it that way:

“Like an over-attended child,” he wrote, “Sergeant Pepper is spoiled… the obsession with production, coupled with a surprising shoddiness in composition, permeates the entire album.”

THE NEW YORK TIMES: The Beatles spent an unprecedented four months and $100,000 on their new album, “Sergeant Pepper’s Lonely Heart’s Club Band.” Like fathers-to-be, they kept a close watch on each stage of its gestation. For they are no longer merely superstars. Hailed as progenitors of a Pop avant garde, they have been idolized as the most creative members of their generation. The pressure to create an album that is complex, profound and innovative must have been staggering. So they retired to the electric sanctity of their recording studio, dispensing with their adoring audience, and the shrieking inspiration it can provide.

The finished product reached the record racks last week; the Beatles had supervised even the album cover — a mind-blowing collage of famous and obscure people, plants and artifacts. The 12 new compositions in the album are as elaborately conceived as the cover. The sound is a pastiche of dissonance and lushness. The mood is mellow, even nostalgic. But, like the cover, the over-all effect is busy, hip and cluttered.

Like an over-attended child “Sergeant Pepper” is spoiled. It reeks of horns and harps, harmonica quartets, assorted animal noises and a 91-piece orchestra. On at least one cut, the Beatles are not heard at all instrumentally. Sometimes this elaborate musical propwork succeeds in projecting mood. The “Sergeant Pepper” theme is brassy and vaudevillian. “She’s Leaving Home,” a melodramatic domestic saga, flows on a cloud of heavenly strings. And, in what is becoming a Beatle tradition, George Harrison unveils his latest excursion into curry and karma, to the saucy accompaniment of three tambouras, a dilruba, a tabla, a sitar, a table harp, three cellos and eight violins.

Harrison’s song, “Within You and Without You,” is a good place to begin dissecting “Sergeant Pepper.” Though it is among the strongest cuts, its flaws are distressingly typical of the album as a whole. Compared with “Love You To” (Harrison’s contribution to “Revolver”), this melody shows an expanded consciousness of Indian ragas. Harrison’s voice, hovering midway between song and prayer chant, oozes over the melody like melted cheese. On sitar and tamboura, he achieves a remarkable Pop synthesis.

“… the over-all effect is busy, hip and cluttered.”

The obsession with production, coupled with a surprising shoddiness in composition, permeates the entire album. There is nothing beautiful on “Sergeant Pepper.” Nothing is real and there is nothing to get hung about. The Lennon raunchiness has become mere caprice in “Being for the Benefit of Mr. Kite.” Paul McCartney’s soaring Pop magnificants have become merely politely profound. “She’s Leaving Home” preserves all the orchestrated grandeur of “Eleanor Rigby,” but its framework is emaciated. This tale of a provincial lass who walks out on a repressed home life, leaving parents sobbing in her wake, is simply no match for those stately, swirling strings. Where “Eleanor Rigby” compressed tragedy into poignant detail, “She’s Leaving Home” is uninspired narrative, and nothing more. By the third depressing hearing, it begins to sound like an immense put-on.

There certainly are elements of burlesque in a composition like “When I’m 64,” which poses the crucial question: “Will you still need me/Will you still feed me/when I’m 64?” But the dominant tone is not mockery; this is a fantasy retirement, overflowing with grandchildren, gardening and a modest cottage on the Isle of Wight. The Beatles sing, “We shall scrimp and save” with utter reverence. It is a strange fairy tale, oddly sad because it is so far from the composers’ reality. But even here, an honest vision is ruined by the background which seeks to enhance it.

“Lucy in the Sky With Diamonds” is an engaging curio, but nothing more. It is drenched in reverb, echo and other studio distortions. Tone overtakes meaning and we are lost in electronic meandering. The best Beatle melodies are simple if original progressions braced with pungent lyrics. Even their most radical compositions retain a sense of unity.

But for the first time, the Beatles have given us an album of special effects, dazzling but ultimately fraudulent. And for the first time, it is not exploration which we sense, but consolidation. There is a touch of the Jefferson Airplane, a dab of Beach Boys vibrations, and a generous pat of gymnastics from The Who.

“All the minor scales in the Orient wouldn’t make `Within You and Without You’ profound.”

The one evident touch of originality appears in the structure of the album itself. The Beatles have shortened the “banding” between cuts so that one song seems to run into the next. This produces the possibility of a Pop symphony or oratorio, with distinct but related movements. Unfortunately, there is no apparent thematic development in the placing of cuts, except for the effective juxtapositions of opposing musical styles. At best, the songs are only vaguely related.

With one important exception, “Sergeant Pepper” is precious but devoid of gems. “A Day in the Life” is such a radical departure from the spirit of the album that it almost deserves its peninsular position (following the reprise of the “Sergeant Pepper” theme, it comes almost as an afterthought). It has nothing to do with posturing or put-on. It is a deadly earnest excursion in emotive music with a chilling lyric. Its orchestration is dissonant but sparse, and its mood is not whimsical nostalgia but irony.

With it, the Beatles have produced a glimpse of modern city life that is terrifying. It stands as one of the most important Lennon-McCartney compositions, and it is a historic Pop event.

“A Day in the Life” starts in a description of suicide. With the same conciseness displayed in “Eleanor Rigby,” the protagonist begins: “I read the news today, oh boy.” This mild interjection is the first hint of his disillusionment; compared with what is to follow, it is supremely ironic. “I saw the photograph,” he continues, in the voice of a melancholy choir boy:

He blew his mind out in a car
He didn’t notice that the lights had changed
A crowd of people stood and stared
They’d seen his face before
Nobody was really sure if he was from the House of Lords.

“A Day in the Life” could never make the Top 40, although it may influence a great many songs which do. Its lyric is sure to bring a sudden surge of Pop tragedy. The aimless, T. S. Eliot-like crowd, forever confronting pain and turning away, may well become a common symbol. And its narrator, subdued by the totality of his despair, may reappear in countless compositions as the silent, withdrawn hero.

Musically, there are already indications that the intense atonality of “A Day in the Life” is a key to the sound of 1967. Electronic-rock, with its aim of staggering an audience, has arrived in half-a-dozen important new releases. None of these songs has the controlled intensity of “A Day in thg Life,” but the willingness of many restrained musicians to “let go” means that serious aleatory-pop may be on the way.

Ultimately, however, it is the uproar over the alleged influence of drugs on the Beatles which may prevent “A Day in the Life” from reaching the mass audience. The song’s refrain, “I’d like to turn you on,” has rankled disk jockeys supersensitive to “hidden subversion” in rock ’n’ roll. In fact, a case can be made within the very structure of “A Day in the Life” for the belief that the Beatles — like so many Pop composers — are aware of the highs and lows of consciousness.

“…an otherwise undistinguished collection of work.”

The song is built on a series of tense, melancholic passages, followed by soaring releases. In the opening stanza, for instance, John’s voice comes near to cracking with despair. But after the invitation, “I’d like to turn you on,” the Beatles have inserted an extraordinary atonal thrust which is shocking, even painful, to the ears. But it brilliantly encases the song and, if the refrain preceding it suggests turning on, the crescendo parallels a drug-induced “rush.”

The bridge begins in a staccato crossfire. We feel the narrator rising, dressing and commuting by rote. The music is nervous with the dissonance of cabaret jazz. A percussive drum melts into a panting railroad chug. Then

“Found my way upstairs and had a smoke
Somebody spoke and I went into a dream.”

The words fade into a chant of free, spacious chords, like the initial marijuana “buzz.” But the tone becomes mysterious and then ominous. Deep strings take us on a Wagnerian descent and we are back to the original blues theme, and the original declaration, “I read the news today, oh boy.”

Actually, it is difficult to see why the BBC banned “A Day in the Life,” because its message is, quite clearly, the flight from banality. It describes a profound reality, but it certainly does not glorify it. And its conclusion, though magnificent, seems to represent a negation of self. The song ends on one low, resonant note that is sustained for 40 seconds. Having achieved the absolute peace of nullification, the narrator is beyond melancholy. But there is something brooding and irrevocable about his calm. It sounds like destruction.

What a shame that “A Day in the Life” is only a coda to an otherwise undistinguished collection of work. We need the Beatles, not as cloistered composers, but as companions. And they need us. In substituting the studio conservatory for an audience, they have ceased being folk artists, and the change is what makes their new album a monologue.
-From The New York Times, June 1, 1967. 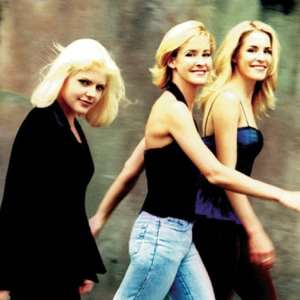 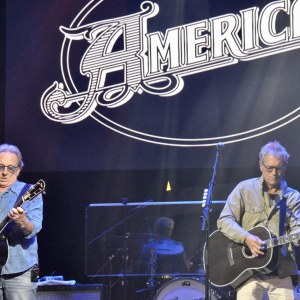