Country music was not known for concept albums. Granted, Willie Nelson had broken down some barriers with Red Headed Stranger, but in 1999, most traditional country albums were still little more than a collection of songs with no special significance beyond the fact that they were accredited to artists of high standing. So when Marty Stuart released his seminal classic The Pilgrim during the last year of the last millennium, it possessed all the elements that would eventually lead it to be heralded as a seminal classic. No matter that it was the record that would allow Stuart to stand on his own after having served in the shadows of pioneers like Lester Flatt and Johnny Cash. It was in every way, a major breakthrough.

Except that it wasn’t. While Stuart was well known as an exceptional utility player in country circles, he was all but unknown in the mainstream. The Pilgrim was an album of remarkable depth and distinction, but for the most part it achieved only solitary standing, a last ditch effort to achieve some kind of notoriety in a market that paid little heed to anyone who couldn’t produce a slew of hit singles or the glitter and glamor of a hit TV show.

“I had to make this record in order to live with myself,” Stuart writes in the introduction of the ornate book that tells the backstory of the creation of that unexpected achievement. “At the time of its creation, all my efforts in the booming country music parade of the 1990s had pretty much run their course. I needed a change. I longed for artistic growth and spiritual expansion. I was hungry for a broader task, something that was definitive, epic, monumental. At the same time, I felt the need to reconnect with the roots of my musical raising. I’d grown accustomed to the near-impossible task of straddling the worlds of old and new country music. I was raised in one, living in another.”

In the past couple of years of half century tributes and expanded reissues devoted to rock forebears like the Beatles, Dylan and the Stones, a 20 year anniversary redux of The Pilgrim may seems somewhat stilted. Is a $40 coffee table book filled with archival photos, commentary and a  CD boasting enough bonus tracks to practically double the length of the original record overkill for an album that, however respected and resilient, remains something of an obscurity to the vast majority of the listening public at large?

A rich treasury of stories and songs that relate to a not-so-distant history, The Pilgrim A Wall-To-Wall Odyssey not only presents an insightful tale of a masterpiece in the making, but true vindication for a now well-respected work that took too long to find its audience. “As I wrote and eventually recorded the songs, I knew The Pilgrim would forever stand as a personal victory,” Stuart continues. “I also believed critics, scholars, and serious music lovers would give the project consideration. However, in my heart of hearts, I suspected that after presenting the project to my record label, the drive back home from Nashville’s Music Row would be a very lonely stretch of road. I’d be lying if I said a piece of me didn’t break when this record was passed over and kicked to the side when it was released. It hurt.”

Happily then, Stuart can now celebrate the fact that his masterpiece is finally given the attention it originally deserved. The photographs not only celebrate this single record, but also shine a light on the other side of Nashville, a place where exceptional musicians made music far from the spotlight yet still in the shadow of Music City’s legacy and largess. And the album itself, always a work possessing a markedly progressive posture, one where the songs — indeed, even the bonus tracks — are inextricably bound together, is still as moving and as mesmerizing now as it was when they were originally released. It is, as Stuart says, a bridge between the new and the old, one that fits with finesse in both worlds without betraying any age at all.

“I had carried many of the customs, sounds, and pageantry from the old world into the modern age, always mindful of the lessons I’d learned while growing up in Lester Flatt’s and Johnny Cash’s bands,” Stuart writes. “Innovation was always strived for, though somehow I’d lately found myself to be a crooked arrow always landing just shy of the mark. Even with such a storied pedigree, I somehow managed to wind up in the middle of nowhere, in the weeds, a weary-hearted figure, frayed by the rough side of the scramble for fame and fortune. I was a house divided, and something had to give.”

Stuart managed to sew those tattered fringes together with foresight and finesse, and 20 years later, his recognition for that achievement is long overdue. Hopefully, this carefully curated volume will make up for lost time.

Appropriately, Stuart has the final word. ”For the last 20 years, The Pilgrim was never far from my mind,” he told American Songwriter exclusively. “Something that comes from that deep in the heart does not just disappear and go away.  To see audiences respond to these songs and the stories night after night and in fact, in many instances, discover The Pilgrim has been most rewarding.  A timeless story is just that…a timeless story.” 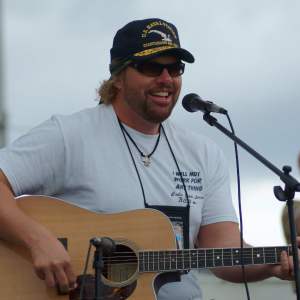 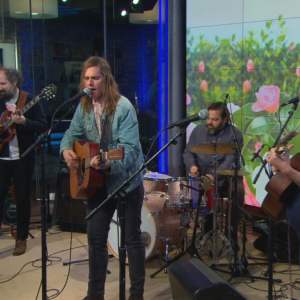