What was the inspiration for “Don’t Waste the Rain”?

The ability to control life and death is a very powerful thing, and the responsibility that comes with making such decisions is immense. This went through my mind as I read a newspaper article last year that detailed the plight of a small hospital in rural Louisiana. Located in an area where COVID was taking an incredible toll on the population, the hospital found itself in a position where it had too few ventilators for the number of critically ill patients who needed to be on a ventilator.  The doctors at this hospital found themselves with the unenviable task of determining which patients stood the best chance of living if placed on a ventilator, and those patients who would simply live or die based on their sheer will to survive.

For this song, I chose to explore the topic from the perspective of an older patient and how they may have responded to the situation.  Would they forego treatment on a ventilator to allow a younger person the chance to live?  The story is told through that of an aging oak tree that has lived a long productive life. Like any forest, the bigger, older trees must come down, to allow sunlight and rain to reach the younger trees.

I didn’t write music for these lyrics but did have a basic melody for the verses and chorus.  Shortly after I finished the song, a friend in East Nashville did a rough recording (guitar-vocal) of the song for me. Though the subject matter of the song is somewhat sad, the melody and tempo are slightly upbeat…hopeful.

I’m usually working on 4-5 songs at a time, so it’s hard to say how long it usually takes me to write one song. It’s no trouble to write a song in a day, but after that, I like for people to listen to it, and oftentimes, I’ll do a re-write.  Sometimes I get lucky, like with my song “The Dragonfly,” which I wrote in 3 hours and needed no additional writing. I worked on “Don’t Waste the Rain” off and on for a couple of days.

Because of where I live on the Illinois-Iowa border, and not in a major metro, most of my writing is done by myself, which I enjoy. That said, I’ve been involved with co-writes which were equally enjoyable. It’s nice being able to turn to another songwriter when you get stuck on a line or struggle with coming up with the right melody.

My desire to create lyrics and melodies which lead a listener to feel some kind of emotion is why I write songs. Knowing that what I write could spark a memory for someone which brings them joy, makes them cry, or makes them want to sing, is what it’s all about.

I also find the more I learn about the craft of songwriting and the more I improve my skills, the more I want to use those skills to write more songs.  Whether it be a workshop, an article in American Songwriter magazine, listening to podcasts, talking to other songwriters, they are all helping me to become a stronger songwriter.

Are there any songwriters, artists, or events that have especially inspired you lately?

There are so many young artists and songwriters creating incredible songs right now. It really is a listener’s market. I like the work of  Noah Gundersen, Jaimee Harris, Tyler Childers, Lori McKenna, Billie Eilish, Margo Price, John Moreland, Phoebe Bridgers, Ruston Kelly, Jason Isbell, Brennen Leigh and so many more.  And let’s not forget talented musicians like Trey Hensley and Molly Tuttle, who are lighting up the Bluegrass and alt-folk worlds.

How long have you been writing songs, and what are your songwriting goals?

I started out just writing lyrics and then about a year ago, I started focusing more and more on creating melodies to go with the lyrics.  As a non-performer, my hope is to co-write with country, folk, and Americana artists, as well as have some of my solo writes turn into cuts.  To have one of my songs cut and then hear it played on the radio would be a dream come true.  Hearing one of my songs being played at the Grand Ole Opry would be icing on the cake!

A couple of years ago I was fortunate enough to write with singer-songwriter/producer Will Kimbrough. Will said, “Make music every day.” It’s a phrase he repeats every so often on his social media feeds and I live by those words no matter how busy I am. One time I came up with a chorus while my car was going through the carwash. Another time I wrote a verse as I sat in a waiting room. There is no substitute for time spent writing, creating melodies, or even just coming up with a good title. I believe the more you write, the better songwriter you become, so keep writing no matter how busy you are.

I don’t think there’s such a thing as a perfect song, but a damn good one grabs the listener with a great first line and a strong melody, then keeps them there with a story that makes them feel something. It’s a song that someone listens to and wants to sing along with because they find meaning in it. John Gorka’s song “Love is Our Cross to Bear” comes close.

Hands down my songwriting hero is Townes Van Zandt. Townes was the first artist who made me listen to what a song had to say.  He took his truth, his struggles, and turned poetic lyrics and simple melodies into stories which made his songs timeless. He could make you laugh, and tear your heart out, in a single line. “Tecumseh Valley,” “Snowin’ on Raton,” and “To Live is To Fly” are some of my favorites of his.

Other songwriters who have definitely helped shape who I am as a songwriter are Richard Thompson, John Prine, and Brian Wilson. Thompson and Wilson aren’t only great lyricists, but they are geniuses when it comes to music. Prine was, you know, just John f***in‘ Prine. His phrasing, his incredible metaphors, the way he drew you into the songs he wrote, made listening to him so special. It still does. Read the winning lyrics here. 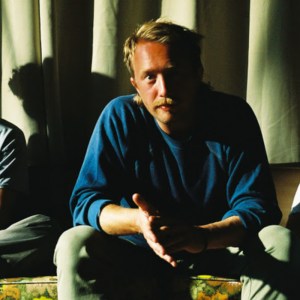 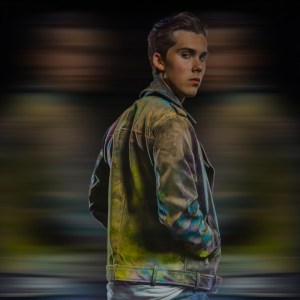