Once one of the leading singer-songwriters of his era, Michael Penn has mostly put away the guitar and vocals in favor of the strings and horns of television and movie scores. His last album of original material was released back in 2005. That’s why it was both welcome and unexpected when he dropped a new single this past week. “A Revival” is timely, not just in terms of its subject matter, but also for those who have missed his sharp songwriting skills.

What starts out as gentle piano ballad uncorks into a thrilling chorus, with Penn asking the listener, “Can you hear it coming/A revival?” The verses make it clear what necessitates this comeback, as he describes a leader of “heretics, traitors and dunces” who sees the world as a “zero sum game” and has no remorse for “each body that falls in the ditch” along the way.

In the bridge, when Penn soulfully sings, “Soon, you’ll be gone,” there is little doubt who the song’s target can be. But “A Revival” celebrates the uplifting potential of the future as much as it wallows in the sins of the past. It’s a stirring track with Penn’s melodic savvy and lyrical dexterity all over it.

Penn recently spoke to American Songwriter about the impetus for “A Revival.” Along the way, he talked about the song’s message, his slow songwriting process, and whether he might entertain a more complete return to making his own records. Check out the highlights of the interview:

I have my own guesses, but I’ll let you tell it: What sparked the writing of “A Revival?”
The last four fucking years (laughs.) To be honest, before that. It’s not only about Trump. It’s about the stuff that’s unfortunately in the DNA of the country and has been. This certainly all was coalesced in Trump.

That’s interesting that you say that, because I could obviously hear the specific references. But I also felt like the song was castigating the broader idea that, to get ahead in the world, you have to step all over your fellow human beings.
To me, it’s just, in my lifetime, seeing the radicalization of one of the two political parties, completely turning their back on the idea of a commonweal, and justifying it by somehow actually believing that the white race is chosen by God as superior. That’s a foundation of the Confederacy which never really died.

You use that word “commonweal,” which also plays a key role in the song. It’s an old-fashioned word, but it really encapsulates a lot of what you’re trying to promote. Did you have any second thoughts about using it?
I did hesitate a little bit just because I know it’s not a word that’s in common usage and whatnot. I want to be careful about that kind of stuff. It’s a very economical way to say a lot, so I was OK doing it. Hopefully, it will spark some people into being interested in that notion.

Once you had the idea for “A Revival,” did it come together quickly, or did you struggle with it a bit?
One of several reasons why I moved into film scoring is that I take for fucking-ever (laughs). My songwriting is a very slow process. It’s not only the writing, but it’s also the recording. In this case, it was particularly long because I had to do everything myself because of the pandemic. The idea came quickly, but the actual execution took a while.

You mention the recording, and the mix for “A Revival” plays a lot into the feel of the song. The verses are gentle and soft, almost sounding sympathetic to this character who is on the way out. But the chorus comes booming in with such force. Did you always have that arrangement in mind as you wrote?
It’s one of the reasons why I didn’t send it to a mastering engineer. Because if it was mastered to compete on a volume level with other tracks on streaming services or whatever, that dynamic would have been probably crushed. I don’t know if anybody could have got it louder than I did. Maybe they could have, but I didn’t have time.

I don’t know if I sound sympathetic though. To me, I just sound exhausted. This has been an exhausting four years.

How confident were you or are you in what the song promises actually manifesting itself? Or are you trying to will it into existence in a way?
It certainly functioned for me as a prayer. I don’t know about willing it into existence, but asking for it to be true. As far as having achieved any kind of result, I am confident that Trump will be gone. But I don’t think that Trumpism will be gone, because I think that Trumpism is this seed of the Confederacy that still exists in this country. It has to be called out as the traitorous, bigoted insanity that it is.

Were you at all worried about the timing of the release, in that the results of the election could have gone counter to the promise of the song?

No. I don’t think in that way.

Your last album was released in 2005. Have you been writing songs like this all during that time, stockpiling material? Or was this really your first time back in those shoes since then?
It’s the first. I did the score for the TV show Girls, and Lena Dunham asked me to write a few songs for that series. So I kept my hand in songwriting to a certain extent, but that’s writing for somebody else’s project, which is a very, very different experience. And I also had, for me anyway, no time, so I had to just rush through writing songs for the show. For me to write for myself as a songwriter, it’s been fifteen years.

Did the feel for writing like this come back easily, like muscle memory?
The pandemic helped because, for me, boredom is key (laughs). It allows me to sit and ruminate, and that’s where my songs have always come from. It was an opportunity for me to not have the option of working at my job, which now is scoring things. Because Hollywood was basically shut down. I had no project in front of me. I had my little home studio, my instruments and my thoughts. So I just kind of went with it.

We’re all excited to have you back in this vein again. Has this kind of whet your appetite to start creating Michael Penn records again?
I’ve always wanted to do that. It’s just that I can’t ignore work. For somebody who has no interest in touring and had a completely naïve notion that I could be some kind of Harry Nilsson character buried in the studio and putting out records without having to tour, I’ve been very blessed to continue to work in music as a composer. Even though that’s the case, I’ve missed songwriting terribly.

But I think, going forward, the world is so different. The idea of music and what it means in culture is so different from when I last left it. The album as a form is almost obsolete in a way. So I’m going to hopefully have time to continue to do little one-offs like this, since I think this makes more sense now for me. If I have time between projects, write a song and put it out. 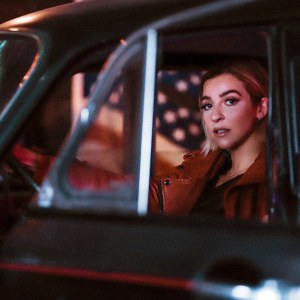 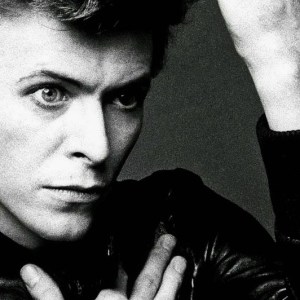