Paul Ingles answered this question months ago
with drummer Mike Edison, the author of
Sympathy for the Drummer: Why Charlie Watts Matters,
in time for Charlie’s 80th birthday, on June 1, 2021

Listen to “Talk Music With Me: Why Charlie Watts Matters, Part 1.”

Listen to: “Talk Music With Me: Why Charlie Watts Matters, Part 2.”

Paul Ingles, a songwriter champion and music scholar, is famous for the wonderfully rich radio documentaries he’s created which reverentially celebrate many of our world’s most beloved musical artists. Always he brings a lot of passion, insight and love to his shows, and always beautifully graceful editing of voices with songs. His shows not only treat songwriters with great respect, which is unfortunately rare, they are always compelling listening. The man is a gifted story-teller and one who loves music and the people who make it.

But he’s not in the eulogy business – usually – and wisely shines his light on the greats while they’re still with us. He produced a great show about Charlie Watts not for his death, but his birth. His show on why Charlie matters aired first on April 21, 2021, in advance of Charlie’s 80th birthday on June 1, 2021.

As Stones fan know well, for years, anytime anyone would ask Keith Richards what sustained the Stones, he would say it was Charlie Watts. It was Charlie’s solid yet buoyant swing-inflected grooves that Keith relied on. But it was also Charlie’s solidity as a person; his complete lack of pretense or falseness ever, that was a the foundation on which The Stones stood. And rocked. Keith said that he loved that Charlie would never smile just to smile. He only smiled when he felt especially happy.

“Charlie Watts for me was the holy grail, style-wise, and my greatest inspiration for playing the drums.” .

-Mike Edison, drummer, author of
Sympathy for the Drummer: Why Charlie Watts Matters

Yet great drummers, unless they’re especially flamboyant both visually and musically, like Keith Moon or John Bonham, rarely get appreciated by civilians. Charlie, like Ringo, is so great that it looks like what he did was easy. Effortless even.

So how does one explain to a non-musician why Charlie mattered, and why he was so crucial to the greatest living rock band there was? Paul goes to the source.

Ingles edited this documentary, like all the others he has done, like a great movie. He always finds the perfect musical example to match a spoken detail, immediately transforming what seems abstract into something easily understood. On this one he gives most credit for song choices to Mike, who had already spent years on his book and listening to all of Charlie’s work.

A radio host, producer and interviewer for decades, Ingles knows well the value of going to the true source for information and insight. He seeks out experts on the topic – or even better, the expert, the one who wrote the book on the subject – so his work is well grounded in truth, and traffics in no misinformation ever, which is rarer now than ever.

Mike Edison, as a drummer himself as well as a Stones and Charlie devotee, and a serious researcher and thoughtful scribe, was the perfect choice. He also created a great playlist of songs that embody aspects of Charlie’s playing that distinguish him from all others. Some are famous examples, some others are obscure, but great. All are persuasive evidence of Charlie’s foundational presence -rhythmically, and beyond – in the music of the Rolling Stones. That playlist is below.

We turned the question on Paul Ingles: Why Charlie Watts? His answer reflects the depth of love and thought that informs all his work.

PAUL INGLES: “I was from that generation growing up when `Are you a Beatles or a Stones fan?’ was a legitimate litmus test.  I was definitely a Beatles kid first.  I was eight years old in 1964 and was devoted to their story through the breakup in 1970 when I was 14.  I bought all the 45s.  Still have most of them.  All the albums. I liked the Stones on the radio, watched them on TV, but didn’t often buy their records.

I learned who Charlie Watts was when he was on the cover of the live Get Your Ya-Ya’s Out,  which we got another year later I guess.  Then sometime in 1974, my brother and I went to a DC movie theater to see Ladies and Gentlemen, The Rolling Stones, the live quadraphonic sound film from their 1972 tour, and that was it!   It’s still the definitive document of that band at its peak, I think.

But when the Beatles broke up, my brother bought Hot Rocks, the Stones 1964-1971 compilation, and I started to catch up.  The shift towards fascination with the Stones began there. As I hit puberty, the Stones’ naughtiness and sexuality had finally found a welcoming target in me.  The first record I remember buying by them was Sticky Fingers with the Warhol crotch shot and zippered jeans.  My mom was horrified when she saw it and threw it in the trash.  I fished it out and hid it in my album collection, only taking it out to play it when the parents were away.

I bought every Stones record from that point on, saw every film, saw them live (only) twice (’89 and ’97). But now that’s 40 years of devoted attention to their every move.

When I saw that musician and writer Mike Edison had released a 2020 book on Charlie, (Sympathy for the Drummer: Why Charlies Watts Matters), I knew this would be the perfect time to craft my radio homage to Charlie.

I got in touch with Mike and he kindly agreed to an interview and to create a playlist of what he thought were essential Charlie drumming performances with the Stones.  Mike’s list was great because it wasn’t the usual stuff and he’s an enthusiastic, informed, and opinionated guest.  So it makes for a lively couple of hours of radio fun.

Among the many interesting elements of Charlie’s story is his jazz playing background, his ability to get great power out of a 5 piece drum kit that he’s used throughout his career, and that he knows exactly how to put the band across without demanding the spotlight.  When you tune your ears to his playing, it’s plenty inventive (or, as Mike Edison says, “`He can get busy when he needs to’), but it’s all done with perfect purpose.

For all the attention that Mick and Keith have rightfully received over the years, everyone, including the band members, certainly know, there really would be no Rolling Stones if Charlie was forced to bow out.  And with Charlie coming up on age 80 here in June, one has to wonder how much longer the world’s greatest rock & roll  band can continue.”

Listen to
“Talk Music With Me: Why Charlie Matters, Part 1.”

“Talk Music With Me: Why Charlie Matters, Part 2.” 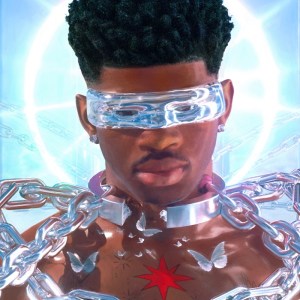 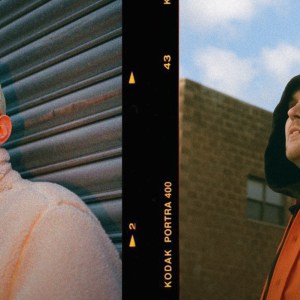