The phrase “a mystery wrapped in an enigma” comes to mind when considering both the music and visage of New Zealand-based performer, Jonathan Bree. The songwriter and front man, who rose to popularity with the 2017 track, “You’re So Cool,” which features Bree in a very blank, very interesting mask-costume, twists a hole in your psyche and won’t leave. His songs are like coffee in the morning with a touch of both sugar and cream. They’re smooth and warm with a kiss of the bittersweet. In the end, though, Bree’s songs energize in their own inimitable manner. We caught up with the musician, who released his latest record, After the Curtains Close, in July, to talk about when he first donned the mask that has become so permanent a part of his aesthetic, how he first fell in love with music, how he landed on his baritone croon and much more.

When did you first find music, how did it enter your world as a young person?

The first stage would have been the family record collection. I inherited my older siblings’ records when they left home. But it was my cousin, Mark, that really introduced me to a lot of artists and mentored me about their backstories, which made music that much more exciting. I’d visit my grandparents on the weekends and there we would learn to play covers. Myself on drums, he on guitar. And if we were lucky, our uncle, Stephen, reluctantly on bass. That all began around age nine.

Once you began to appreciate music, how did you decide to invest in your singing voice or songwriting?

Well, I was a drummer in other people’s bands from childhood and throughout my teens. By age 14, though, I wanted to learn guitar seriously and write my own songs. Things all went a little pear-shaped throughout my teens. I was living in Australia and I was a little wayward. I invested in my songwriting initially by stealing. Breaking into my high school one night to raid the music department, I stole a guitar and bass and whatever other crap I could fit in my backpack. And I walked back along the shoreline to where I was staying (our high school happened to be right beside a surf beach). I also remember around that time shoplifting the guitar tab books for the albums Strangeways Here We Come by the Smiths and The Cure’s Disintegration, and the single sheet music for The Church’s “Under the Milky Way.” That’s how I taught myself guitar. The Johnny Marr chords were especially challenging. Beyond that I invested most of my time from then on. Some would label it being a workaholic but really when you love just about every aspect of the career it’s not really work.

I know very little about New Zealand. How did the region influence you and your work in particular, discernable ways?

I always thought the geographical isolation played a part in shaping a lot of artists here. It’s possible that being so far removed from the lure of becoming noticed on a global scale (fitting into current trends set in far-off lands) meant that artists here really focused on the things that actually matter. For better or for worse, I believe the factors for that being the reality no longer apply

You have your own boutique record company. How does that offer you support, inspiration or new creative influences along your career?

Early on, it really provided a sense of community. It not only made releasing albums made by friends and peers possible, but it provided a healthy sense of competitiveness within our scene. Sadly, those years are over. However, the label still houses myself, Princess Chelsea and a few others. Ten years ago reluctance to pursue my own music career meant that I threw myself into helping run the label with co-founder, Scott Mannion, and aid others either with recording, performing or management. As I slowly got back in the game of following my own career I had less time to help work with others. So for now the label isn’t really what I once loved about it, even though it’s more established than it ever was

What did the success of “You’re So Cool” do for you, positively or negatively?

Without a doubt it really changed a lot in my world. Suddenly touring my music overseas was not an unrealistic ambition to entertain. I could get a live show together and present it. However, it was a very bittersweet time. On the one hand, I had these great things happening. But in order to follow through with those things, I’d have to back myself. I was already in another band that was my partner’s project and we basically shared the same band members. We found ourselves in a very unlikely position of wanting each other to succeed at their respective goals, but also competing for the same resources – time being the major one of those. I always think of the Loretta Lynn track, “Success,” when I reflect on that time. I think it’s worth noting there’s a certain irony because the song “You’re So Cool” is about learning to become comfortable with your invisibility and being made to feel artisticly irrelevant by the world around you. I guess the gods decided to have some fun with that.

If I may ask, how did you decide to first put on a mask and, perhaps more importantly, how did you choose the specific one you wear – blank, form-fitting, white?

It first appeared in a music video made for the song, “Weird Hardcore.” The idea for the video was to create a look that was a mix of 18th Century fashions, 1970’s live TV production and include a futuristic sci-fi element also. Kind of a visual representation of the music I guess. The look just seemed to fit so well. When it came to performing my first show I decided to dress as this character and have the band do as well. The video for “You’re So Cool” was released days before that first live performance and both grew from there. The blank look allows the viewer to see what they choose to see in it. I believe it brings about a stronger focus on the music, a pretty desired outcome

When speaking of the mask, you’ve said you enjoy the idea that people can project themselves onto it. What interests you about that idea – perhaps especially now in a time when masks are now everywhere?

I recently got asked to be a part of a public health and safety advertisement, you know for wearing a mask. It was absolutely ridiculous and also unsurprisingly turned out to be an elaborate money scam. Anyway, I look forward to getting back out on the road in 2021 when the worst of this has hopefully passed. One could joke that my mask is somewhat app for 2020 but I would hate for it to be associated with these times. My own tragedy is enough to relate it too.

When you look back on your time with The Brunettes, what do you think of most fondly – did it teach you or help you discover anything in particular?

Going on those first few tours, wide-eyed, excited and feeling a sense of comradery. We were still a pretty cynical lot but we knew how special it was when touring opportunities started to happen for us. Coming from New Zealand, it’s not that easy a reality. Getting to share those times with Heather and the other band members was really special and something I’ll always hold dear.

Your new record, After the Curtains Close, is about aspects of a relationship – love, sex, breakup, romance – why did you want to include these in the new LP?

Writing songs about surfing, cars and pumping iron weren’t really doing it for me. I guess you have to write about what you know, right?

What about your signature slow, monotone vocal presentation interests or buoys you – or, more simply, how did you land on the way you sing?

I don’t know, to be honest. I like using my voice in different ways in different registers. Maybe it is most naturally suited or appreciated being used in the baritone range, though. My friend Dean once told me, “If you’re not sure how to sing it then deliver it relaxed.” I think it was solid advice.

Do you often listen to music that sounds like your own – this beautiful, mysterious, looming, David Bowie-Labyrinth style? Is it that music that influences what or how you write?

I listen to a lot of music – mostly artists that don’t sound like my own music. I get enough of my own music when I’m recording and mixing it, so if I’m driving around then I’d much prefer to listen to something completely different. I’ll take the Goblin King reference as a compliment though – dance magic dance! 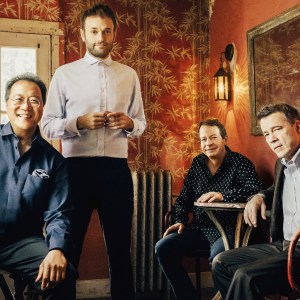 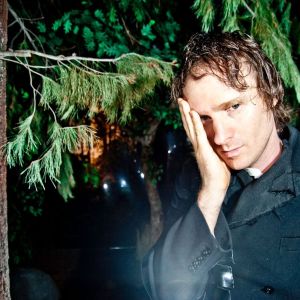