Most so-called supergroups result from a collaboration of like-minded musicians who share an expertise borne from the same genre. It naturally allows for a certain synergy, and ensures that it will take a relatively short amount of time to find some common ground. It’s even better yet when those involved are so versatile they can push the parameters in tandem and extend their efforts into a variety of different realms.

That was the situation that transpired when acclaimed cellist Yo-Yo Ma, multi-instrumentalist  Stuart Duncan, bassist Edgar Meyer and mandolin master Chris Thile originally convened in 2011 and combined their skills to record an album that reflected both their verve and versatility. Titled The Goat Rodeo Sessions, itgarnered an impressive amount of critical acclaim, outstanding sales and two Grammys, one for “Best Folk Album” and the other for “Best Engineered Album, Non Classical.” At the same time, it defied categorization and resulted in more than the typical superstar session. It was, in fact, a groundbreaking effort, one that drew little distinction between classical, folk, jazz and bluegrass, although all those elements were clearly intermeshed.

More recently, the quartet reunited with singer Aiofe O’Donovan in tow, and released their second studio set, the aptly titled Not Our First Goat Rodeo. The natural symmetry is still intact, and while the chemistry they created makes the music sound almost effortless, the sounds that resulted are every bit as creative and compelling as one might expect from an ensemble made up of such master musicians.

So what exactly is a goat rodeo? Yo-Yo Ma has described it thusly: “If  there were forks in the road and each time there was fork, the decision was made, then you get to a goat rodeo.”

Hmmm. If that explanation seems somewhat vague, it all became clear once it was put into practice.The songs, written by Duncan, Thile and Meyer, with an occasional assist from O’Donovan, provide an unexpected turn through each encounter, and yet, at the same time, it finds all involved solidly in sync.

Then again, there was some precedent. Meyer and Ma previously worked together on a pair of albums helmed by Mark O’Connor, Appalachia Waltz and Appalachian Journey. Likewise, Thile and Meyer performed together on numerous occasions and often kept company with Duncan as well.

“I’ve known Yo-Yo since 1986,” Meyer says. “My manager had arranged for me to meet him and we just stayed in touch. We’ve done 12 or 13 projects together over the years, and eventually I introduced Chris to Yo-Yo as well. Yo-Yo brought Chris onboard for a Christmas record and at that point, Yo-Yo got confirmation of how extraordinary Chris was. That’s when we decided we needed to do something together.”

The musicians’ busy schedules precluded an immediate follow-up to the first album, but Meyer says that no one seemed in a real hurry to produce a sophomore set anyway. “In general, all of us were very proud of the first project and pretty confident that we would eventually reconvene. In my case, it really exceeded my expectations, meaning that it came out better musically than I expected it too. So I wasn’t necessarily worried about doing it again. It cast a long shadow.”

“We had to see where everyone was at,” Thile confirms.  “Knowing a little bit more how each of us reacted in the context of creating the first record was helpful in getting us into the writing and eventually into the studio. It’s always exciting to have a little of the marvel illuminated when you start on a project. When we began the first one, there were so many possibilities and question marks, and so when we started in on the second one, some of those questions had already been answered, and some of the marvel had been eliminated too. It was like having a running start before jumping.”

Meyer concurs. “It’s fair to say that the first time around, those first rehearsals were extremely tense,” he suggests. “They were much less so the second time.”

Nevertheless, it was clear that the ideas and intent that inspired the participants the first time around were also present when they laid out the goals for their sophomore set. “You have five people who love to stretch things and like to seek out musical discomfort,” Thile insists. “Also, each musician has areas of comfort that are unique to them. Over the course of four or five minutes, we were able to travel through each of those areas of comfort and discomfort in a way that was really invigorating for all of us.”

“My initial background was in classical music,” Meyer explains. “When I was writing with Yo-Yo early on, I was telling him that Chris speaks it like a mother tongue. It gave us a lot more commonality than might be obvious.”

“Edgar kind of paved the way in that regard, and that allowed us to bring in Stuart, who doesn’t normally play composed music,” Thile allows. “Still, he’s such a trailblazer and no one is more intuitive. It’s fun to have those bookends, and it’s fun to have people with skills like Yo-Yo’s and Stuart’s and then see what forms in the middle.”

“Stuart was an intuitive choice,” Meyer agrees. “I think we could all see that it would make a complete connection between Yo-Yo’s voice and a lot of the music that came from the other  places.”

In fact, the music reflects a dizzying array of influences, and given those disparate elements, it’s hard in retrospect to imagine how the musicians were able to integrate them so successfully.

“It ran the gamut from every note being preconceived or a work in progress,” Thile reflects. Meyer says that the fluidity was actually intended to come across as if it had naturally evolved. “It’s not uncommon for us to have an aesthetic where improvisation sounds composed and compositions sound improvised,” he explains. “I think we like to gray that stuff up a bit.”

“There’s still a lot of spontaneity that’s possible within the realm of composed music,” Thile continues. “When you’re working on a phrase, there are things you can put in and take out. Yo-Yo is a master of that kind of improv. It was interesting for Stuart and me to experience that approach to music making, and I think we were able to follow Yo-Yo and Edgar a little bit more into that kind of spontaneity.”

“It isn’t something that people perceive generally,” Meyer suggests. “That there’s an improvisatory element to music that’s composed. You can line up sessions with ten different sets of classical musicians, and the way that they deal with these things might be absolutely different. You’ll have some musicians that are unbelievably solid and never miss a note. It doesn’t matter what the person in the chair next to them does. They’ll do it in the exact same way every time. But the thing that’s most enjoyable in classical music is when people are highly reactive to each other and take a different course. It’s not always evident to the public, but it’s evident when you sit down and play with somebody. Yo-Yo is one of the most reactive musicians I know.”

It’s also easy to see how those methods might allow for a fairly fluid dynamic. For example, any composition that one person contributes could easily evolve once the other musicians add their own input.

“One of us will bring a little nugget to the group, and then it’s left to people’s imagination,” Thile explains. “Someone will say, ‘It’s this kind of thing’, and then someone else will ask, ‘This kind of thing?’ It could become something you like even more than what you originally imagined. That’s a good reason to collaborate. It’s all about those kind of interactions.”

That said, it’s not as if there wasn’t a plan or a purpose. To the contrary, the two men make it clear that the music was well thought out by the time it was presented.

“When we show up with Yo-Yo, the pieces are basically already arranged,” Meyer confirms.

“There are little things that are changed, but we’re basically showing up with an arrangement,” Thile maintains.

There was also the matter of who would sing on the songs that called for vocals. “Yo-Yo said to me, ‘You can sing, so why don’t you?’” Thile recalls. “However I immediately though of Aiofe. I hadn’t made music with her, but we had done a fair amount of things around the campfire. I was getting the feeling of what it would be like to have a singing sibling. I pitched her for the group and everyone agreed.”

Still, the group might have felt like they were competing with themselves, given the high bar they set the first time out. One has to wonder if that influenced the thinking when it came to creating the successor.

“I didn’t want to feel disappointed by it,” Meyer maintains.

“The expectations I was looking to meet were only artistic,” Thile insists. “I also think the music business is in such a different place now. It’s almost like apples and oranges. You have to be careful not to let non-musical considerations factor into your evaluations. I just want to be proud of what we were doing, and that’s how I feel.”

Dig their tunes? Check this smartlink for more. 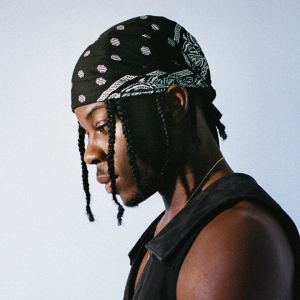 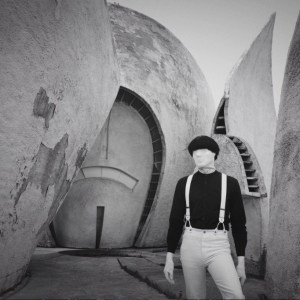