“Mama told Sissy and me a few months before that Daddy had begged her more than once to put him out of his misery and just kill him, then put the gun in his hands so it would look like a suicide,” writes Allison Moorer in her revealing new memoir. “Blood” arrives as a crucial companion piece to her new album of the same name; although it didn’t start out that way. Upon earning her Master’s of Fine Arts in writing from New York City’s New School, she quickly realized there was more story to tell.

Within the book’s 300 pages and across the album’s 10 songs, the award-nominated storyteller grapples with the most tragic day of her life: on August 12, 1986, her father Vernon Franklin Moorer shot and killed her mother Laura Lynn Smith Moorer before turning the gun on himself. In her quest for truth, the singer-songwriter analyzes her ongoing trauma and recovery, the facts of what happened (she even requested the actual autopsy reports) and anything (if at all) that could have been done to prevent it.

Blood’s songcraft is best appreciated and experienced in tandem with the memoir, a savagely poetic and brutal retelling of that fateful day more than 30 years ago. “Cold Cold Earth” – which was originally buried as a hidden track on her 2000 studio album, The Hardest Part – walks through the “hot and steamy” night of her parents’ death. Her words crackle as a eulogy to both her parents (one tormented and full of rage, the other a cowering victim) and to her childhood that she’ll never get back. “Such a sad, sad story / Such a sad, sad world,” she sings.

Moorer goes even deeper in her book, as she traces back through the minutes, hours, days, weeks, months and years prior to uncover clues to what led to the end. She exposes raw collections of domestic violence in such a way that paints her parents as tragic anti-heroes consumed completely by their undying love for one another and their inability to let each other go. Every shade of emotion is present – anger, hollowness, misery, sorrow – and Moorer’s words leave you breathless.

“I just can’t stand to see the sun shine one more time without her,” she determines with “Set My Soul Free,” which becomes the foundation of her whole journey. Moorer pillages her heart’s vessels for concrete truths, always scouring for deliverance. “I’ve been dragging your legacy / And the weight is just about taken me down,” she confides. “The Ties That Bind” nearly collapses beneath the shattered past, but she’s quick to untether herself from her ghosts, or at least die trying.

Through such a wise, generous lens, everything has certainly led Moorer to this point. Her 11th studio set, Blood (produced by Kenny Greenberg) is as inescapably devastating as it is cathartic, liberating and beautiful. With “Nightlight,” she calls to those late-evening quarrels between her parents, bracing for the storm to rip through and clinging to her older sister Shelby Lynne for comfort and warmth. “All we hear are the echoes / Let’s wait to say our prayers / Even though we’re scared,” she coos on the lullaby. Later on the title song, she shuffles painstakingly through meanings of inheritance and the baggage that defines her whole life. “And you don’t have to explain / I got your blood running through my veins,” she heaves in resignation.

The groovy blues number “The Rock and the Hill” sees Moorer peering through her mother’s weary eyes, while acoustic stunner “I’m the One to Blame” (written by Lynne) is based on bare-bones lyrics Lynne discovered in their father’s suitcase. The two share the same story, same trauma, same heart, and this musical cleansing – Lynne’s presence coming in haunting harmony work – feels as a natural extension to their first-ever collaborative record, 2017’s Not Dark Yet.

By the end, as the gentle, yearning prayer “Heal” flows from her tongue, you get the sense Moorer is as close as she may ever be to conquering August 12, 1986 in her mind. “I’m not going to make sense of Mama and Daddy, their relationship, or our family,” she concludes in the memoir. “I only hope I’ll learn how to accept that I can’t make what is wild tame. The only thing to do is let it be wild. Let it all be unanswered. Let it be.”

Blood is an irrefutable masterpiece. 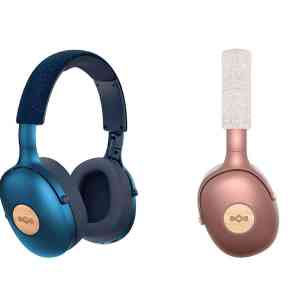 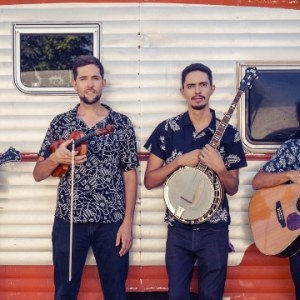