On August 3, Amanda Shires will release her new album To The Sunset. The record finds the Texas native and Nashville-based artist exploring new musical boundaries with the help of producer Dave Cobb. We recently caught up with Shires and discussed the making of the album.

You go in a new sonic direction on this album. Was that an approach you and Dave Cobb arrived at together?

I had the idea for what I wanted to do and I described it a little bit in the last interview I gave for the Nashville Scene, but I hadn’t really had much more conversation than that until I got with Dave and we had some meetings about what I was hearing in my mind.

Correct me if I’m wrong, but his preferred approach is that he doesn’t like the artist to come in with too much of the music pre-arranged.

Totally. You know, we’ve known each other for a while and I just wanted to have lunch with him and tell him what I was wanting to do. I wasn’t trying to do [my last album] My Piece Of Land again. And I gave him some language and references on what I was hearing sonically, and then when I came in we just started making it happen.

You’ve published poetry and earned an M.F.A. at Sewanee in poetry writing. I’ve always been interested in that dynamic, people who write for the page and also write songs that are meant to be performed live. Is there a moment when you know if something is going to be a song or a poem, and do you approach those two things differently, because they are different sports, at least to my way of thinking.

A lot of people think songs can be poems and poems can be songs, and that might be true sometimes, but I think it’s not very well informed when people say that.

Before I went to Sewanee, I thought a poem could be a song, but it’s really not true. If you’re trying to do something with such a small lens as poetry and you just have the piece of paper, you don’t have the sonic landscape to make up for any emotion or singing.

But I approach them as separate things. If I’m sitting down and I’m writing something, I [usually] know whether it’s going to be a poem or a song. But sometimes if I’m writing a poem, I might tweak a line and say, ‘Oh, that line might be better in a song, it doesn’t really flow well for this.’

You can phrase the hell out of something singing it, but you can’t really change rhythm and meter in poems because then it turns into a shit-show. Because all you have is the rhythm and words in poetry, in terms of speaking it, you know. But in a song, anyone can hold a note and a word and make it fit a line. I also think about this, you know how some people like to go, ‘Oh, La, La’? You can’t do that in a poem.

When you’re reading a poem, you can sit with it and go over it, but when you’re hearing a song in a concert setting, that may be your only opportunity to encounter it,  and if something is too complex linguistically, it’s going to be difficult for the listener to grasp.

There’s a difference in the way that you take in poetry. It’s a thing that you do usually by yourself or you can talk about it with your friends, and you sit there with it, and then you read it again, and glean more from it, all the layers.

But when you go and you listen to music, it’s usually with other members of an audience, and all of that changes the energy of the thing that you’re doing and seeing, and it’s an odd thing. I love poems because it’s really great to sit and reflect and think and be quiet and it’s sort of meditative and I know music can be that, too, but it’s just a different process as far as the consumption of it.

To The Sunset seems to be very much a record of the moment. You’re dealing with issues that are in the headlines every day, but it’s not done in a ‘beat-you-over-the-head’ kind of way.

Some of it feels apocalyptic, sort of dark-night-of-the-soul, thematically.

Dead-on, that’s what I was going for without trying to touch on things like that.

I thought the song “Break Out the Champagne,” which is one of my favorites, sort of functioned as the album’s centerpiece. And it’s really funny as well.

It’s my daughter’s favorite song, too.

It’s a good, healthy take on dark times, I guess you could say.

The album also touches on mental illness. Was that a difficult thing to write about?

It’s hard to walk the line, if that makes any sense. To make sure that you’re painting important figures in your life, like your dad and mom, and yourself, as true to life as possible, but at the same time, not risking somebody’s integrity.

Because any kind of change in a word or a description of somebody could make it different or diluted or weak or not true and I try to stick with the truth, but it can be hard to write about those things because they’re so personal, and they’re up for criticism, but they are topics I know we all deal with, so … I can’t be the only one out there feeling [certain] ways and having family problems and stuff like that. I don’t know if that makes any sense at all.

You mentioned earlier that “Break Out the Champagne” was your daughter’s favorite song, so it sounds like you have two critics in the family [the other being husband Jason Isbell]. How does that influence your writing process?

Jason and I have always worked together, sharing songs and ideas before they’re finished and showing each other our work. But he values my opinion and my background in poetry, and I feel like he trusts me in the fact that he knows my motivations are just for the sake of the song.

I’ll sometimes ask a question just to make sure that his intent was what he wanted it to be [for one of his songs]. But for me, it’s always been really difficult to share my own things with him and it’s partly because it takes me so much longer to write songs than it does him. He spills them out, and for me, it’s a lot of editing and fighting in my mind about which direction it could go, because I think I see a lot in pictures, in images.

It always works out for the best, but I’m afraid of people seeing my songs in their infancy, [so] I shred all of my songs because I don’t want people to see how stupid the idea was before. Like, if I died, I don’t want anybody rummaging through my stupid journally-sounding lines. But I do feel like with this record, for once, I forced myself to just hang all this stupid shit on the wall (like I put painter’s tape up with all of my ideas) and just let them sit out there and be ridiculous.

I think it made me trust myself more, have confidence in knowing that I could see the end of this whether or not he [Jason] could or anyone else that walked into my house could. You have to, sort of, own your shit and make your space yours. I just think that forcing myself to literally put it on the wall before it was done, take the criticism, I think all of that helped give me a little bit more muscle for the songs. I would compare it to going to the gym, because there you are and day by day, it gets a little bit easier and you get a little bit tougher. Mentally, you’re going to bench press the shit out of that song.

You cover one of your old songs, “Swimmer,” on this album, which was the first song on 2011’s Carrying Lightning.

It has a beautiful melody.

Oh, well, thank you. I didn’t want to lose it and I wanted to see what treatment would come out of it. And I didn’t tell Dave Cobb that was an old song, so he’ll be finding out about it from you.

Well, he needs to do his homework.

Yeah, yeah no. All he does is work. He has no time for homework. But no, I just wanted to not lose the song. It’s an important song to me. I included it, you know, because if you’ve got to come from somewhere and bloom from something, it might as well be that one. That version of myself, you know.

This interview was edited and condensed for length. 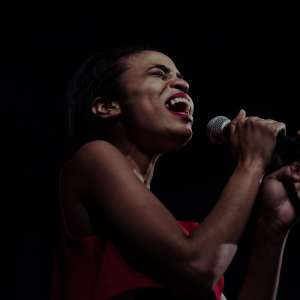 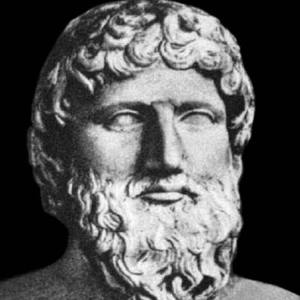