Within a two-week span, Abbie Gardner recently found out she won both the John Lennon Songwriting Contest (in the Folk category) and also the Grand Prize in the American Songwriter Lyric Contest. 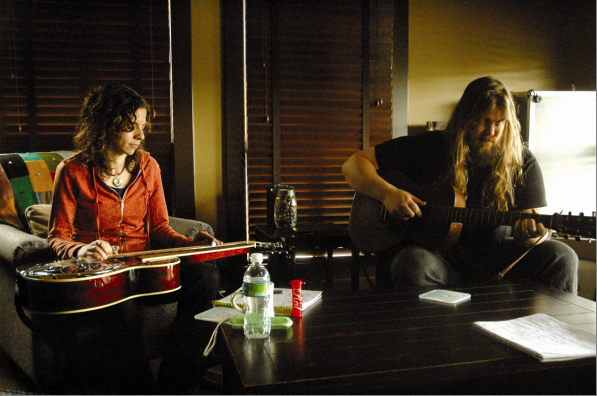 Within a two-week span, Abbie Gardner recently found out she won both the John Lennon Songwriting Contest (in the Folk category) and also the Grand Prize in the American Songwriter Lyric Contest.

No stranger to success, Abbie’s been a professional musician for two years, playing dobro and singing in bar bands, with friends on the road and in the studio, and with her band Red Molly. Originally from upstate New York, she now lives in Jersey City. While Lennon’s printing her 1,000 CDs, we set up a co-writing session with hit writer and recording artist Chris Stapleton (The SteelDrivers) and an all-day studio session orchestrated by the pros at Music City Music Productions. We sat down with Abbie to discuss how the co-write with a rising Nashville legend went down and what she learned.

How did you and Chris get started during the co-write?
Chris is really great. He’s so relaxed, which is what I needed. He’s so cool. I’d never talked to him before, but I saw him perform at Grey Fox last year. And when American Songwriter set this up, I was thinking about how I don’t co-write that often. That I might get a little shy or hold back a little bit, but I know Chris is so cool. I know that he’s not gonna make me feel weird.

So we just started playing a little bit. I had my dobro out, he had a guitar. He switched to mandolin for a while. He’s good [at mandolin]! He says he’s not, but I like it.

I brought out some lyrics that I liked a lot, but they weren’t going anywhere with the progression I had. [The song] just wasn’t coming together, really, for what I had. So I let him see the notebook. It’s a little scary for a songwriter—just giving somebody your notebook and like, “I think this is crap, but here it is.” And he started picking out things that he liked in it and kind of switching things around. He just started singing. And we were kind of working on it together from there and the song ended up being called “Bad Leaver.” We didn’t really wanna rhyme anything with “leaver” …cleaver, believer, dreamer.

What’s the song about?
It’s just about that. You know something’s not right, but you’re sticking around because you’re just not good at leaving.

So it’s not even about being a leaver. It’s like you’re a good “stayer”…
Exactly. You’re good at staying, but probably should go. The idea first came from a friend of mine. I was at a concert in New York; it was the Subdudes. And they had finished their encore, and she and I were standing in the back, and I had to go to another gig after that concert. I was backing somebody up at a bar for an all-night kind of jam. And I was like, “I don’t really feel like leaving yet. I don’t wanna go.” And she turns to me and she’s like, “Yeah, I’m a bad leaver.” I was like “Oooh! I gotta write that down!” So she’ll be happy that we finally finished a song with it.

What are the lyrics like?
It starts out, “The chairs on the table are turned upside down/ the bartender glares as I milk my last round.”

That sounds like a song Chris could just dive right into.
Yeah, he seemed to. [Especially] the idea that the bartender is really trying to get you out of there.

So it is all these different instances of being a bad leaver?
Not really. It’s not so organized. It’s more emotional. About leaving the bar, and then going home because it’s the right thing to do, but you’re not really feelin’ it. Don’t have the courage to leave. And then the question becomes: Are you talking about the bar or are you talking about home?

So now would you like to co-write with Chris again?
Yeah, of course. And in a way, I almost don’t care if we got anything today. I just want to get better at co-writing, hopefully with him again. I think his style really matches mine. I like the blues-y thing. He’s got a little edge to him and mixing that with bluegrass is really up my alley.

That’s what he’s so great at. The SteelDrivers play bluegrass, but it’s very sophisticated.
I love that they’re not just strict country, strict bluegrass. I think that he really thinks out of the box. I’m very glad I didn’t go there and he was like, “Well, first chorus…bridge…” He wasn’t like that at all. There was one point where I was like, “Oh, we gotta find something to rhyme with that.” And he was like, “Nah.” And I was like, “Wow! I thought I was in Nashville. That’s awesome.” 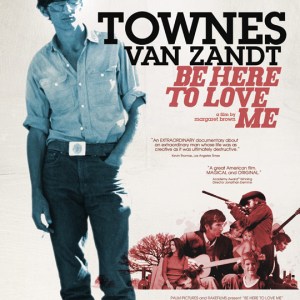 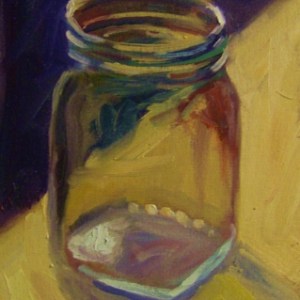