Search
Cart 0
Menu
Easton's textured, one-of-a-kind LPs run a low risk of being lost or tossed aside like so much jewel-cased rubbish, which-in addition to a rejuvenated love for painting-is why he made them in the first place.

Easton’s textured, one-of-a-kind LPs run a low risk of being lost or tossed aside like so much jewel-cased rubbish, which-in addition to a rejuvenated love for painting-is why he made them in the first place.

There are plenty of routes an artist could take to elevate his album to limited edition status. Add a few bonus tracks, maybe a 24-page booklet or DVD. Then again, if uniformity’s not an issue, and he doesn’t mind a little added labor, he could always, say, hand-paint the cover art on each and every copy. And that’s precisely what Joshua Tree-based singer/songwriter Tim Easton did with the Porcupine 500, a special limited edition vinyl series of his new album, Porcupine, which is also available in a standard version.

Doing the album jackets in his arid California carport was the furthest thing from regimented mass-production: “Some of them blow away into the desert, blow away down my yard and get covered in sand.” Besides that, he made each one slightly different on purpose, varying his application of wood stain, spray paint, and cut-outs of guitars and porcupines.

Needless to say, Easton’s textured, one-of-a-kind LPs run a low risk of being lost or tossed aside like so much jewel-cased rubbish, which-in addition to a rejuvenated love for painting-is why he made them in the first place.

“I did it to have another way to package my music, because there’s so much music out there that CDs have become pieces of garbage on the your floor of your car,” he explains. “You wouldn’t put the White Album on the floor of your car and have someone jump in the car and just step on it and break it.”

Not that Easton simply plucked the idea from the ether. He cites the vinyl packaging of the Black Swans’ album Change! as a conceptual influence (theirs were painted by developmentally disabled adults) and Ohio-based outsider artist Rick Borg’s uninhibited renderings as a stylistic one.

The Porcupine 500 LPs are being treated as bona fide folk art. Easton isn’t just selling them at shows, but in galleries, too, like Yard Dog in Austin. That means they’re accessible to show-goers and art collectors alike (of course, the latter pay more, since galleries take a cut).

Porcupine‘s 12 tracks-none of them hidden or bonus-lend themselves to packaging that’s meant to be seen and felt. Easton’s last three albums were based in folk with a mostly acoustic palette and a lighter touch. This one’s got sharper sonic edges: serrated guitar licks, bristly vocals and roiling grooves. It’s the closest thing to a rock band he’s had behind him in a good long while.

“I guess the packaging mirrors the sound as well, because it’s a rough sound and falling-off-the-hinges sound,” ventures Easton. “I don’t get upset when I’m painting and something drips off the side and or there’s a splash or something.”

Easton started on the LP covers with a vague inkling that some in his audience might appreciate the personal touch. “I thought about what maybe I would like to get from an artist,” he says. “It’s more about putting your heart into the art, and then, as it turns out, when you start thinking about what people might want-you know, consumers, music-lovers-it turns out to be the best idea.”

But here’s a practical question for someone who makes his living as a musician (and who bought the materials out of his own pocket): how are they selling?

“I’m really shocked at the amount of people that are buying vinyl from me,” Easton confesses. “I wouldn’t have thought that my audience was on par with buying vinyl as much as, say, the college-age hipsters are doing it. I’m thinking already to the future, of what I’m going to do with my next record.”

“The project has paid for itself and has proven to be um well…hot cakes. One word-hotcakes.” 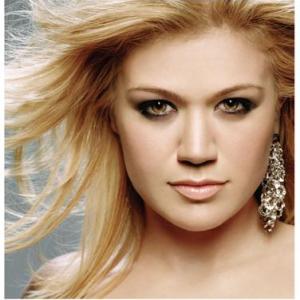