“Weather The Storm” took on a whole new meaning in 2020. For Nashville Americana artist John Salaway, it was the lead single off of his new album Salvation out April 30 and also a personal mantra. Using his music as a vehicle of joy and positivity, he spent his time throughout quarantine dialing into his own creativity and building a body of work to encourage others and help lift spirits.

“Salvation organically became a concept album because of everything we all went through in 2020, and because of the personal things that I went through over the past two years,” Salaway shares. “It’s about the end of one chapter in life-letting go of things from the past that we hold on to, and starting a new chapter with hope and optimism.”

Even before the pandemic Salaway was an incredibly versatile musician, taking on the role of lead performer, sideman, producer, songwriter, and nationally endorsed multi-instrumentalist. Both for his stage performances, and on Salvation, he plays drums, bass, acoustic and electric guitar, and lead vocals. When the world shut down and live shows came to a screeching halt Salaway was agile and found a way to keep the music going while continuing to craft his solo project.

Where many saw a barrier, Salaway leaned in, immediately jumping into remote producing and founding his own production company, Music First Productions Inc. With so many powerhouse players now off the road, he saw it as an opportunity to work with a variety of musicians virtually both for other artists and his own album.

“This album was made during quarantine, so my co-producer Joshua Koskela and I would create the rhythm tracks at my home studio then invited some amazing musicians to record their parts remotely from their studios. Rami Jaffee (Foo Fighters), Lincoln Parish (Cage the Elephant), Katie Cole (Smashing Pumpkins), Peter Keys (Lynyrd Skynyrd), Nate Heffron (Anderson East), Chris walker and more all recorded their parts at their studios and sent them to us to mix into the track. Technology allowed us all to be creative together even when the pandemic was forcing people to stay apart. This was the first time I’ve done this much remote recording and I’m so grateful we were able to collaborate and be creative together during quarantine.”

Stretching his musical experience in a different direction, Salaway also took on the role of booker for the venue Hop Springs in Murfreesboro, TN, one of the first venues to bring back live music safely. He also performs regularly

Culminating in an album release show at City Winery April 29, Salaway shares the fruits of his labor from quarantine. Stand outs include the optimistic lead single “Weather The Storm” as well as the bluesy “One More Round,” inspiring a fighter spirit and resilience. “Letting Go Is The Hardest Part” showcases Salaway’s vulnerability and songwriting chops offering a poignant piano ballad.

Salaway hopes this album will inspire and lead us all into brighter and better times, a change many are ready to accept with open arms. “Salvation means deliverance from harm, loss or sin. I hope this music uplifts people, gives them hope and reminds them that although we went through a lot, things are going to get better! There is Salvation out there for all of us!” 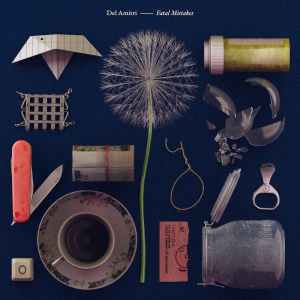 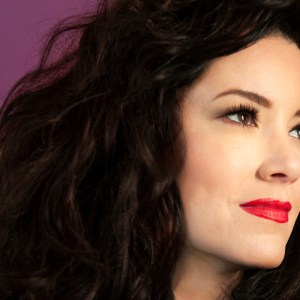