“It’s kind of a funny story—my wife and I went to a nutritionist some years back,” Andrew Belle began. “Based on my wife’s blood type, he recommended that she stay away from these things called ‘nightshades,’ which I had never heard of before. Turns out, they’re a common type of vegetable, including tomatoes, potatoes, peppers, and stuff like that. The doctor told her ‘As strange as it sounds, your body just has an adverse reaction to them, which is causing some of the issues you’re seeing in your life.’ That was a bummer because a lot of things she now had to avoid were foods we loved to eat.”

While he never would’ve guessed at the time, that fateful visit to the nutritionist was the beginning of a whole new creative era for Belle. Food is one of those things that, upon first glance, might not seem so consequential, but when you really dig into the meat of it, wields pretty significant influence over our physical and mental health alike. And when you start thinking more about what all it entailed with “Avoid tomatoes, potatoes, and peppers,” you can imagine just how daunting the circumstance for Belle’s wife was. “Ultimately, she had a really hard time avoiding those things,” he said. “Tomatoes alone are such a huge part of the food world—pizza, pasta, chili, all of those things were out the window. In the end, we actually ended up just opting to continue eating those things anyway.”

The decision to choose the enjoyment of their favorite foods over the difficult prospect of a less-delicious future was the spark that lit the creative flame. “At some point, life without little pleasures just isn’t as enjoyable,” Belle said. “That’s when I started thinking about the idea of these ‘nightshades,’ and I began to use that as a way to think about how there are these things in life that we know aren’t necessarily healthy for us, yet we can’t seem to avoid them. That really became the theme of this record.”

The record Belle’s referring to is his fourth LP: the aptly titled Nightshade, which dropped on August 20. Started in the months leading up to the COVID-19 pandemic and forged in its depths, the record became a holistic effort for the 37-year-old, Chicago-based songwriter. With echoes of indie-folk, splashes of electro-pop, and a solid foundation of intelligent songcraft, the record spawned from a nutritionist visit grew into a vast, intimate exploration of the psyche.

“The story with my wife and the nutritionist was a very literal inspiration for it being called Nightshade, but even in a more abstract sense, the album is sorta heavy and dark,” Belle said. “There’s a moodiness and a vibe to the whole thing, and ‘Nightshade’ as a title fits that. In particular, there are a handful of songs that I wrote about dealing with various forms of mental health issues. Things that I’ve dealt with, my family and friends have dealt with… it seemed particularly in that time period. Everybody was stuck at home, going through this really scary, unknown time together. People in my life were dealing with that differently.”

That’s where the original idea of “nightshades” ties back in. “Some people were trying to use things to cope with life, like substances or technologies or relationships,” Belle explained. “I just find it fascinating that there are these things that we use to deal with the difficulties of life, and a lot of times, they’re just these unhealthy coping mechanisms that we know aren’t healthy. Yet, we continue going back to them, myself included. So, that’s what a lot of this record is about. There are a handful of songs that really touch on that specifically, but that central idea ties them all together.”

As you might be able to tell from Belle’s story, the COVID-19 pandemic proved to be just as influential on the album as the nutritionist visit… in fact, it even became a literal influence on the sound. Once he got through the writing process, Belle and his producer Chad Copelin (LANY, Ben Rector, BRONCHO) assembled a team at the legendary Sonic Ranch recording studio on the Texas-Mexico border.

“I wasn’t even planning any of the album’s themes, but once the pandemic hit, it informed everything,” Belle said. “I was able to write it all naturally, just following that thread. Then, we went down to Sonic Ranch just outside of El Paso, Texas, which ended up being a great decision. It’s so remote down there—it’s located on this gigantic, 3,000-acre working pecan farm, and the studio itself is just sorta nestled in there. It was the perfect place to be during that time period when everybody was still kinda figuring out how to ease back into normal life. We ended up finishing the album down there.”

Now, the album is out, and being able to share the fruit of the past few years’ labors has been an amazing feeling for Belle. He’s got a handful of shows lined up to celebrate and share a bit of the music with his audience in person, then he’s set to hunker back down in Chicago and start the next new creative era.

“My plan is just to get back to square one with making new music and whatever that’s going to lead to, whether it be another album or some singles in the next year,” he said. “That’s kinda how it’s always been for me. It takes me a long time to write the album and record it, then I finally get it out, tour it and promote it. By the time I finish all of that, a few years have gone by and it’s time for me to start it all over again. So that’s what I expect for the end of this year and next year. I’ll find some new inspiration, explore some new sonic landscapes and just see what comes out. I don’t know what it’ll be, but that’s kinda part of the excitement that keeps it fresh. I’ll be creative in some way—I’m just not totally sure what that’s gonna look like yet.”

Andrew Belle’s new album Nightshade is out now—watch the music video for “ISEFY” below: 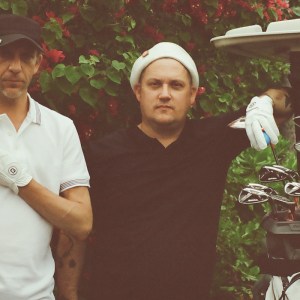 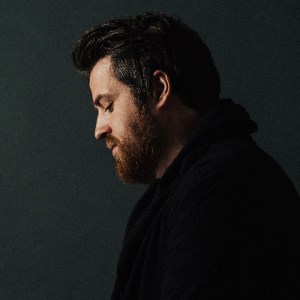