Growing up, Isaac Brock, frontman for the Pacific Northwest-based rock ‘n’ roll band, Modest Mouse, listened to a wide swath of music, from Hungarian and Irish folk to the “pro-cookie” songs of Sesame Street. His was one of those households where music was so prevalent and so natural that it just became the thing to do as he got older. For Brock, music was his “primary” interest. As a kid, he sent away for one of the 12-CDs-for-a-penny and got back artists like Talking Heads, Pink Floyd, and Dead Milkmen. At 11 years old he was working at a community theater in Issaquah, Washington, surrounded by amateur musicians. At night he’d get a ride from the stage manager and go to an all-ages club in Seattle to see whoever was playing. Then he’d go to school the next morning.

Bits from all of these experiences and more are packed into his band’s newest LP, Golden Casket, released in June. In fact, the record itself is an amalgamation of stories and sounds; a composite of song fragments and feelings.

“I was confident we could make a record,” Brock says of the LP’s genesis. “That we had the ingredients musician-wise. The producer was on top of it enough that all we had to do was start making strange sounds and collaging them together into shapes. This record just came together really relatively easily.”

As Brock went into the sonic experimentation, he had a great deal running through his mind, he says. Modest Mouse, which formed in 1992 and made a real mainstream impact with its delightful, rocking song, “Float On,” has written and released many significant records to date, including its last LP, the formidable 2015 album, Strangers to Ourselves, which featured the hit, “Lampshades on Fire.” Without getting into major details, Brock says he’d been dealing with worrying personal matters, potential stalking worries, general pandemic worries, and fear of looming natural disasters. He’s also a new father.

“Sitting in the middle of the pandemic,” he says, “I had two new little babies. It’s hard not to think of the state of the world. But at the same time, if you have kids that age, you really want to try to see something that’s positive.”

Staring out his window, literally and metaphorically, Brock tried to think positively, hearteningly. Amidst global health concerns, looming wildfires, social unrest, and whatever else might come, he decided to take what he could into his own hands.

“I really had to start thinking in a positive way,” he says, “to maybe even help change things, even that little bit of psychic edge towards a better world.”

Modest Mouse, which has earned platinum status and a Grammy nomination along the way, has been through a few handfuls of members. But the band first formed some 12 miles outside Seattle when Brock noticed (former) bassist and band co-founder, Eric Judy, was wearing a rare punk rock t-shirt in a local coffee shop one day. Brock later met Modest Mouse drummer and co-founder, Jeremiah Green, through a mutual friend and the trio would soon play run-down rooms to nearly as many vermin as music fans. But one day after the next, things grew.

“No stage in a tiny building in a shitty neighborhood,” Brock says. “Six bands would play in one night, everything from Doug Marsh’s band, Treepeople, to Bikini Kill to crusty punk shit.”

Brock, who now lives in the Portland, Oregon area, which itself often faces clashes amongst socio-political groups, is working on the way he views the world. As a result, his songs are affected by his state of mind—how could they not be? Today though, Brock says he’s at least partially altered from who he was when he began his journey as a young rock musician. He’s more grateful for the opportunities he and Modest Mouse received these days. Even in a topsy-turvy world, there is some good to have faith in.

“I’m more aware,” Brock says, “of what a neat thing it is to get to do this. Not just for a living, but I feel like I had moments when I was young when I was taking it for granted. I really appreciate getting to play shows and having so many wonderful people to play music with. Not that I didn’t then, but I think it felt like a given at that point and now I’m well aware it’s a fucking privilege.”

Modest Mouse released its newest LP about a month ago. With some exceptions, the record is big and boisterous, raucous and rowdy. Hits include the acerbic opener, “Fuck Your Acid Trip” and the funny, “Never Fuck a Spider on the Fly.” The album is also a joy because it’s another chance to spend time with Brock’s Velcro-like voice. It’s itself ravaged and raged so well. It’s something Brock and company can rely on even in a time when there’s maybe little else on which to do so. At times, Brock can’t help but think about doom.

“Most of my thinking about the future goes down two paths,” Brock says. “One we somehow miraculously figured out how to live on this planet without lighting it on fire. The other is we don’t and it’s a fucking horror show—I don’t want to be too doomsday about it. I spend part of my time being fairly optimistic and amazed.”

But the frontman hopes science will prevail where proper planning hasn’t. In the meantime, he says, he will continue to immerse himself in song. It’s something he can enjoy—even love—honestly and throw himself into with worthwhile reward as the result.

“I mean, I stayed up to 4 listening to music last night,” Brock says. “There are too many things about it to say a thing I love the most. It’s built into our DNA. It’s something I think everyone needs. They use it to sell chili-cheese fries and toilet paper and to heal people. It’s fucking amazing.” 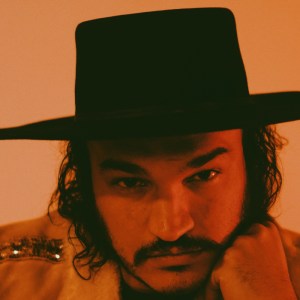 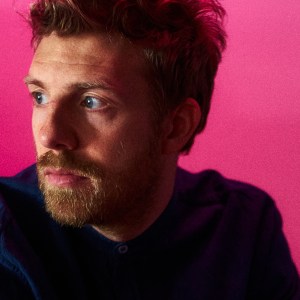