The view from first base is pretty clear: Andrew Combs was never meant to be a major league pitcher. It’s an unseasonably warm late-winter afternoon in East Nashville and Combs has just taken the mound. His team, which includes American Songwriter, members of his band and a cross-section of friends and acquaintances, is down by fifteen runs, just shy of getting mercy-ruled off the field. But this isn’t really about exhibiting athletic prowess as much it is about getting together, drinking beer and goofing off. Oh, and there’s allegedly a video being shot for the song “Take It From Me” from Combs’ stellar full-length debut, but that whole prospect seems to have taken a back seat to pounding beers and sliding around in the mud. And did we mention that this was all the idea of a British dude, Combs’ pedal-steel player Spencer Cullum Jr., who had never played baseball before in his life?

But for all the awkwardness of musicians and journalists attempting to play sports, it’s also a perfect summation of Texas-native Combs’ music and its place in Nashville’s modern musical landscape. It’s easy-going, fun, and heartfelt; loose and lovable with a tinge of sadness around the edges – or really sad if you include this author’s at-bats, which for the sake of his pride we won’t. There’s camaraderie even in the midst of competition, reverence for tradition, a reverence for the form but a devil-may-care attitude when it comes to playing the actual game. While Combs and crew may have never made it passed Babe Ruth league on the baseball diamond, it’s pretty clear that they’re working their way up to the majors in Nashville music. There’s something about the shambling self-effacement and off-kilter humor amidst the foul balls and base-sliding, that embodies the best qualities of Nashville’s ever expanding talent pool. And listening to Combs’ debut album only confirms it.

“It was cut over the course of about five, six months. I didn’t have any money and I had just broken up with a girlfriend I had been living with so I moved everything into storage and just floated around for a while and worked,” says Combs after the game. “I saved up money and about once a month I’d have money for a session, for about two songs, and then I’d save up for another month and so on.”

The pay-your-own-way methodology lends Combs’ tales of hard luck and late nights an intellectual honesty that you’re not liable to find on a big budget record bankrolled by an international entertainment conglomerate. The bluesy boogie of “Worried Man” isn’t the sort of song that comes of a dude with a publishing contract and a comfortable middle class life, it’s the sound of someone couch surfing, broke and broken-hearted, his only companion an empty bottle. The understated country-ballad “Come Tomorrow,” which recalls Mickey Newbury and Kris Kristofferson’s most hard scrabbled works, doesn’t originate from a place of contentment and security, it comes from not knowing where you’ll get next month’s rent or how you’re going to pay for the next recording session. This is – contrary to popular mythology – the essence of the Nashville music scene and combined with a free-range approach to songwriting make for fantastic listening.

“I have a few different ways to go about it, but I think most songwriters would say the same thing: the best [songs] are the ones you kinda fart out,” says Combs with a laugh. “Which I would agree with, but I like writing off titles, or if I come up with a good first line I’ll go with that. But if I’m in a room doing the whole ‘Music Row’ thing sometimes you just bang it out. It’s interesting.”

And Combs’ talent for tapping into the harsh realities of the musician’s life – and life in general – hasn’t gone unnoticed by the big boys down at the Office Park of Broken Dreams. Like his friends Caitlin Rose and Jonny Corndawg, Combs is part of a new crop of songwriters garnering interest from the Music Row crowd for steering away from flip-flop-and-beer-endorsement drivel that’s been the prime export of late.

“I’ve been doing a lot of co-writing lately and it’s kind of a new thing,” says Combs. “I’ve been really surprised at how good it’s been coming out – I thought everything would be soulless but it’s not … I always wanted to just do my own thing but there’s some really valuable stuff on Music Row and some really great people.”

Let’s just hope that those relationships turn out better than that baseball score. 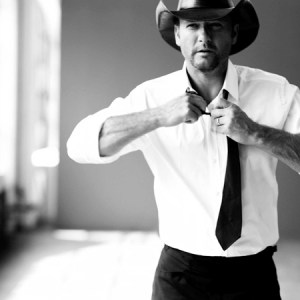