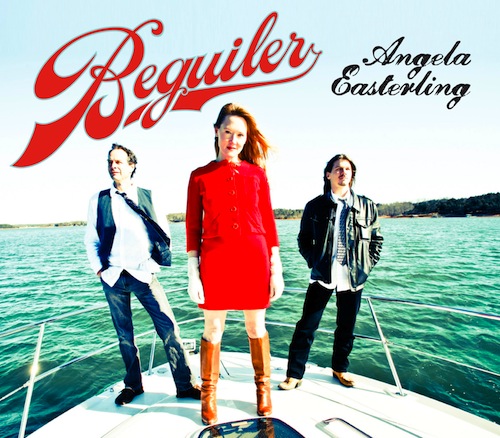 Although she’s a small town girl from Greenville, South Carolina, Angela Easterling has been compared to a lot of heavyweights. Her songwriting has been stacked up against Steve Earle’s, and The Byrds’ Roger McGuinn has praised Easterling’s abilty to absorb standard musical styles and spit them out with a youthful luster.

On Beguiler, the reasons why a renowned crowd is accumulating behind Easterling’s work – and with her in the studio – shine through the cracks. Singer-songwriter (and guitarist for Emmylou Harris) Will Kimbrough produced and played on Easterling’s 2009 release, Black Top Road, and returns to do the same on Beguiler. Kimbrough contributes acoustic and electric guitar, banjo, mandolin, accordion, piano, organ and harmonica. The album also feature Band of Joy bassist Byron House.

Easterling’s debut was 2007’s Earning Her Wings, which sent up prayers and praised home, but it was also where she established a storytelling savvy that betokened the ballads to come. If she earned her wings there, she stretched them on Black Top Road, on which the songwriting, both abstract and barefaced, revolves around sorrow and unrest. Beguiler at first appears to carry a lighter load than Black Top Road, opening with the sappy but sweet “The Fish & The Bird,” penned by Turner, and following with the jaunty, mandolin ditty “Happy Song.”

But fortunately, airy numbers die out in favor of Easterling’s trademark introspection when writing about matters of conflict. “One V. Two” is like a compare/contrast exercise on solitude and togetherness – “One is do it my way/two is a compromise/one is hedge your bets/two is roll the dice.” On “Maria, My Friend,” she trades buoyant folk pop for downtrodden country with bare guitars and intermittent steel, relaying spare but vivid details about a brief tryst with a brother’s girlfriend. “She was my brother’s girl, green-eyed and chestnut curls/We’d ride in his car, under the stars, our hair in the wind/And he never knew a thing, but she would take off his ring/Put her hand in mine, sneak out some cheap wine and make my head spin.”

Easterling is at her best when she sheds her pop charms to explore more sinister subjects and tap into country roots. The percussive ode “Manifest Destiny” is an easy nod to Carrie Rodriguez or Alison Krauss with its bleak, piercing fiddles and Easterling’s spotless vocals – which emulate those of Krauss – as she sings of the inevitability of land theft and development: “Some developer has a plan/He’s gonna do something better with our land/Gonna make a lot of money with our land/He’s made it clear that I can’t stay/Well, maybe it’s fair that I should pay/So if I lose my farm today/That’s just the American way.”

“Group Self-Deception (It’s Alright)” is a country-rock giddyup that blatantly lays on the guilt and points the finger – “Lies in the election with the hanging chads/They lied about the reason for a foreign attack/Lied while our economy walked the plank/They took the money from the people /Gave it all to the banks.” But that’s as sharply as the finger jabs; Easterling refrains from being overtly preachy while still channeling a Steve Earle brand of blue-collar blues and frustration. More Earle and Krauss comes to mind on  “Johnstown, Pennsylvania,” a pretty piece of balladry about the devastating 19th century flood. The album ends with guest vocals from Fayssoux Starling McLean (harmony singer for Emmylou Harris) and singer-songwriter Hannah Miller on the Appalachian-style gospel number “Anchored In Love,” often sung by The Carter Family, as the record signs off on a hopeful note.

Easterling takes Beguiler into deep water as she sings about infidelity, morality and urban sprawl, and she won’t write a breakup song without wheedling out the most complex aspects. McGuinn describes Easterling’s sound as “tradition meets youthful exuberance,” but it’s more than just tradition; snappy youth is why Beguiler sparkles. But wizened lyrical depth is what could make it last. 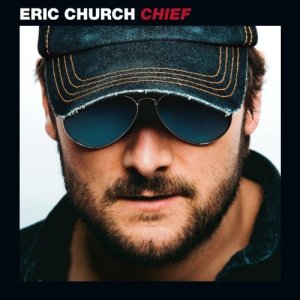 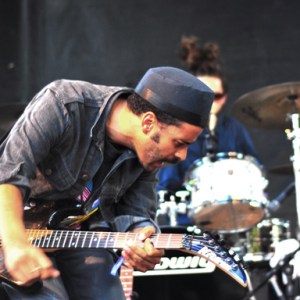