“It feels like it all happened very quickly but also very slowly,” says Australian singer-songwriter Angie McMahon. On the basis of just a handful of singles released in Australia, she became a radio fixture almost overnight and began playing bigger and bigger venues. Even before she had released a full-length album, she had fans singing her deeply personal songs back to her. This is not how most artists launch their careers. “I guess there’s no right way to do it, and I love connecting with more people. But it’s been a strange time.”

It’s not hard to see why McMahon’s bluesy, blistering, often beautiful songs would grab listeners with such force and immediacy. Her first singles — including debut “Slow Mover” in 2017 and, more recently, the wry “Pasta,” about neglecting your own self-care — reveal an artist dedicated to rewriting the conventions of confessional songwriting. She injects her lyrics with humor and bravado, which only make her hurt and confusion more relatable.

That cleverness translates to her long-awaited debut album, titled Salt perhaps after what she puts in wounds. Gathering her string of hit singles with some new tunes, it tells a coming-of-age story about the first worries of adulthood. “Friend, old friend, it’s 4 a.m., what are we doing in the street?” she sings on “Slow Mover.” “I don’t want to buy fried chicken, I wish I was going to sleep.” Anyone who’s old enough to hate being up past their bedtime will recognize that particular scene.

Salt coalesces into something like a breakup album that wears its complex, contradictory emotions on its sleeve. On the “Missing Me,” she describes a caustic relationship with a manipulative lover, then snarls on the chorus, “You better be missing me!” “I was processing my first heartbreaks and old friendships as I’m becoming an adult. I’m only 24, so I hardly feel like an adult. But these songs are highly personal, even if they were written by a younger emotional version of myself.”

She traces her obsession with pop music back to k.d. lang, in particular 2004’s Hymns Of The 49th Parallel, featuring covers of songs by several Canadians. “It was a record my parents had in the car when I was younger, and her voice floored me when I was 12 or 13. We would take long drives together as a family, and I forced them to play her version of ‘Hallelujah’ over and over.” Another teenage favorite was Bruce Springsteen: “I love the songwriting and the storytelling, just the idea of having a rock band but also have lyrics at the forefront.”

It wasn’t long before McMahon was posting her own covers to YouTube as she figured out what kind of singer and songwriter she wanted to be. She developed a very idiosyncratic singing voice, one that dips deep into her lower range without losing any power. In 2013 she won a competition that put her in the enviable position of opening for Bon Jovi during their Australian tour. But she didn’t feel ready for such a big stage, so once that gig ended, she concentrated on her studies and slowly built up a collection of songs that she felt were ready for other ears.

Rather than as a solo artist, however, she wanted a band behind her playing these songs and roughing them up a little, so she corralled a group of Melbourne musicians, including bassist and Saltco-producer Alex O’Gorman. “I was determined to have that live band sound that we were starting to develop, but we’d only played together for a couple of months. So we recorded one or two songs at first. That gave us a little more time to rehearse, so we could capture these songs in their best form.”

Rather than rush out an album to capitalize on her sudden success, McMahon took her time assembling a larger statement — although she admits that protracted timeline wasn’t always her choice. She was ready to unleash Salt on the public when the Nashville indie label Dualtone Records (home to Shakey Graves and Shovels & Rope) called her up in late 2018. Signing meant delaying the album release, but the upside was that she suddenly had an American market and an international fanbase.

McMahon has been living with some of these songs for so long that they’ve begun to feel like time capsules from a very different age. But the long wait to finally release her debut album has given her time to reflect on her overnight success, to figure out where she belongs in this business and what she has to offer her fans. Sometimes the idea of writing songs that are so deeply personal strikes her as potentially narcissistic.

“I’ve grappled with that. I was asking my dad if my whole job is selfish, if I’m just forcing people to read my journal. He said that people want to connect with other people through art and music. That’s what I feel best about, whether I’m playing a gig or recording a song: If people actually feel something from it, even if they don’t like it, I feel like I might be doing something worthwhile.” 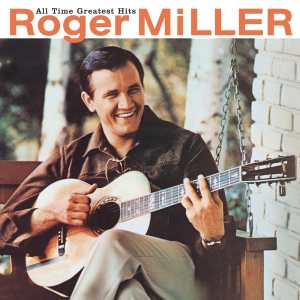 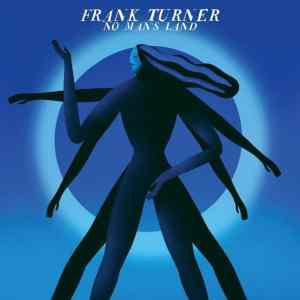