This article appears in our July/August issue. Subscribe here.

Aoife O’Donovan (pronounced “EEF-ah”) first emerged in 2001 as frontwoman for bluegrass revivalists Crooked Still, a co-ed quintet that drew praise for their expert musicianship and riveting stage show. The Boston-based band issued five studio albums that dealt primarily in reinterpretations of folk standards –but also included a handful of originals centered in that style – before going on hiatus in 2011.

Subsequently, O’Donovan released a pair of EPs – 2010’s  Blue Light and 2012’s Peachstone – under her own name. Her Yep Roc Records debut, Fossils is the Irish-American singer-songwriter’s first long-player. Recorded in Portland, Oregon with Grammy nominee Tucker Martine (Bill Frisell, Neko Case, My Morning Jacket) behind the boards, the record walks a graceful line between old-timey and modern.

“No one’s riding shotgun, I’m driving alone,” she sings on open-road ode “Thursday’s Child,” as pensive strums and twangy arpeggios envelop crisp multi-tracked harmonies. “I can turn up the music and do whatever I want.”

Not that O’Donovan, 30, can do that often. “When you’re touring,” she says, “you’re never alone… you’re always surrounded by people. I’ve never done a seriously long solo trip, but I think it would be enlightening. I have this pipe dream of driving up the Alaska-Canada highway by myself, and [“Thursday’s Child”] came from thinking about what it would be like if I actually did that.”

Sultry lullaby “Red & White & Blue & Gold,” – inspired by the disappointment one of O’Donovan’s friends felt when realizing they were all too far away to see the fireworks on a Fourth of July – “is about not getting to do what you want … the emotion I was trying to convey was, basically… it’s a pathetic love song. You’re the person loving someone more than they love you. You’re too drunk to dance, they want to dance, and you follow them home. You’re kind of like their puppy.”

The slow-burning “Beekeeper” is Fossils’ centerpiece, its wailing electric riffs showcasing the energy and chemistry of O’Donovan’s band – guitarist Ryan Scott, bassist Jacob Silver and drummer Robin MacMillan. “I love singing that song,” she says. “I haven’t gotten sick of it yet. It has a lot of elements I specifically look for in songs I listen to. I like the melody, and how the chords fit together … it has sort of a dark, lonesome mood with a rough edge, which I think is cool.”

Fans of Alison Krauss and Union Station will recognize opener “Lay My Burden Down” – with its reverberating baritone guitars and pedal steel flourishes – from the Midwestern songstress’s 2011 album Paper Airplane. What they might not know, however, is that O’Donovan actually penned the track – which she calls “a love song sung by somebody at the end of their life” – in 2007.

When Krauss and her group were choosing songs for Airplane, she explains, audio engineer and mutual friend Gary Paczosa passed along an early demo of the song, and – “because  some of the guys in Union Station knew me from hanging out at festivals” – it quickly found its way onto the list.

O’Donovan says she wasn’t fazed by the unusual challenge of recording her own composition – now well-known in contemporary Americana circles – years after the fact. “I hear [Krauss’s] rendition, and I forget that I wrote it. Even to me, hers is the definitive version. It’s so beautiful, and she sings it in such a deeply personal way.”

For O’Donovan, the experience was a reflection of folk music’s populist, song-sharing nature. By definition, “it’s the music of the people,” she says. “Everyone can play along and sing along … it’s not a contest. That’s kind of what I love about it.”

Though she clarifies Crooked Still isn’t over – “we’re not touring anytime in the near future, but that door is always open” – O’Donovan is enjoying solo life. She’ll be touring and “doing collaborative stuff” – including an appearance with banjo-wielding comedian Ed Helms at Tennessee’s Bonnaroo Music Festival – all summer.

“It’s crazy,” she says. “It feels good … it’s something I’ve been thinking about for a long time. I’m psyched to tour, and I’m really happy for the record to come out, and for people to hear it.” 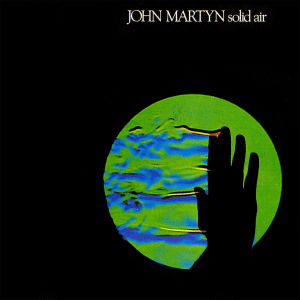 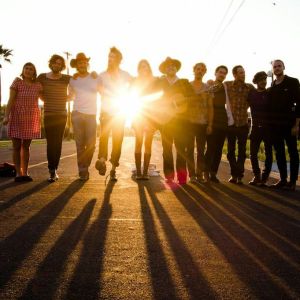