Irish-American folk artist, Aoife O’Donovan delivers a new single, “Transatlantic,” just in time for St. Patrick’s Day (March 17). The tune, steeped in Gaelic tradition, is a congenial nod to her roots. O’Donovan is best known as the lead singer of the string band Crooked Still and co-founder of the Grammy Award-winning female folk trio, I’m with Her. Her latest track—featuring Kris Drever—and accompanying video were commissioned by the Brooklyn-based Irish Arts Center’s Grásta series featuring wide-ranging artistic responses to finding grace in uncertainty.

“Transatlantic” pre-dates the ongoings of the past year. Penned on one of O’Donovan’s frequent trips across the pond, the single encapsulates longed-for sentiments of wanderlust and togetherness. The songwriter notes it “captures the wistfulness of the not-so-distant past.

“The lyric started as a classic love song, but when I dusted it off to complete it for this project with the Irish Art Center, it became something different,” O’Donovan explains. “I felt strangely moved by the nostalgia and longing for camaraderie, innocently described by my pre-pandemic self.”

The refrain—You take the high road and I’ll take the low road/ I’ll get there before you—has roots in Scotland. Initially intended to root the song in folk tradition, the lyrics now evoke new meaning. It represents the divergent paths the pandemic presented society, now aching for companionship.

O’Donovan’s new single follows 2020’s Bull Frogs Croon (And Other Songs) EP. The project originated from a collaborative piece that premiered in 2015’s Oregon’s Britt Music and Arts Festival and incorporated the work of the late Oregon poet laureate Peter Sears. Bull Frogs Croon features the multi-talented artist’s raw vocals accompanied by a string quartet for a six-track set. She has also released two live albums via Bandcamp: Live from Black Birch and Live from the Church of the Sacred Heart.

“As I finished the tune in January of this year—feeling certain of nothing but the uncertainty of these times —I immediately began to hear the voice of Kris Drever, a friend based in Glasgow,” she explains. “Kris enlisted his trio mates Euan Burton and Louis Abbott to be the rhythm section, and layered the recording with the inimitable strings of Jeremy Kittel. The refrain references the old classic Loch Lomond, a ‘song from another time’. Raise a glass. We will be together again.”

This Spring, O’Donovan is also set to premiere a new work with the Orlando Philharmonic, at a pair of shows on May 8th in Festival Park, Florida. The piece, titled “America, Come,” honors the 101st anniversary of the 19th Amendment, which secured women’s right to vote in the U.S. Constitution. Arranged by Tanner Porter, the song cycle was commissioned by the Orlando Philharmonic.

Beginning in Belfast in late January 2022, O’Donovan will embark on a transatlantic tour with stops throughout Ireland and the UK before headlining the Barbican, Milton Court Concert Hall in London.

May 8 – Festival Park with the Orlando Philharmonic – Orlando, FL 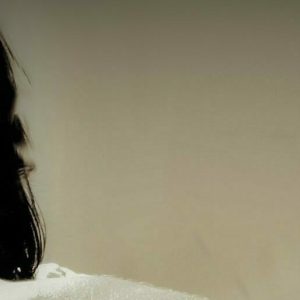 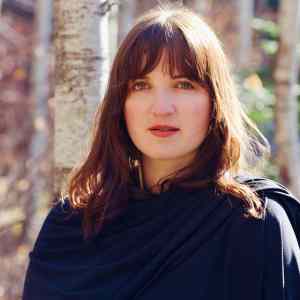