First forming in 1989, the trajectory of the Danish-Norwegian pop group hit another orbit when the Aqua, formerly known as Joyspeed, changed their name to something more aquatic and released their equally maritime-themed debut, Aquarium.

Writing and producing around their collection of mostly kitschy dance-pop tunes, Aquarium yielded several hit singles, including “Doctor Jones” and “Turn Back Time,” and one flirtatious pop ditty about an iconic American doll.

I’m a Barbie girl, in the Barbie world, Life in plastic, it’s fantastic sings Lene Nystrøm to her “Ken,” René Dif, in one of the most unforgettable loops in pop. Written by the group, then consisting of Nystrøm, Dif, keyboardist Søren Rasted, and former founding member Claus Norreen, “Barbie Girl” hit No. 1 in the U.K., where it remained for several weeks and peaked at No. 7 on the Billboard Hot 100. Aquarium also sold more than 17 million copies worldwide.

Unfortunately, the single didn’t give a sweet, bubblegum aftertaste to everyone, and the band was pulled into a series of lawsuits issued by Barbie creator, Mattel, which were later dismissed. The doll maker claimed the song violated the trademark of the Barbie brand and that the lyrics turned the wholesome doll into a sex object—I’m a blond bimbo girl in a fantasy world / Dress me up, make it tight / I’m your dolly.

The earworm that never got old, “Barbie Girl” still stands, and retains its pop legacy, 25 years on. For Aqua, there’s deep pride in the timelessness of “Barbie Girl,” and in their music, which stretches beyond the iconic hit, spanning three albums, including their most recent release, Megalomania, in 2011.

Aqua’s Nystrøm, Dif, and Rasted recently went back in time with American Songwriter, to their pre-Aqua days, the making of their 1997 debut—which was recently reissued on vinyl with stickers and tattoos, and an extensive booklet featuring previously unpublished photos—and the unending confusion around what “Barbie Girl” is really about.

American Songwriter: It seems as if 25 years have flashed by since Aquarium was released. Prior to recording the album, how many of the songs were already written and part of the band’s repertoire in the Joyspeed days?

Søren Rasted: To be completely honest, we had written a lot of songs around ’95 but it wasn’t before January ’96 that the songs, which are on Aquarium, were made. We developed our sound and way to write music, which was a bit more radio-friendly than what it was before.

Lene Nystrøm: We got the best A&R ever at Universal Music, Niclas Anker, who really guided us to do what we wanted to do and what we felt like doing instead of doing what everybody else did.

AS: Aquarium was the perfect title and complement to the band name—and vice versa. How did the two play off of one another?

SR: We had a poster in our studio for the Danish aquarium, and then one day Rene suggested that we should be named Aqua. We thought it was a well fit for us as a band. I don’t even remember why we then called the album Aquarium.

René Dif: I think I was on a train on my way to Norway, and then I called you on one of those huge cell phones you had at the time which cost around 10 Euro per second because I had thought a lot about the idea and the poster and then I suggested the name Aqua.

SR: It has been a genius name for us.

RD: We were four in the band, it has four letters. It’s water. It’s alive, powerful, and playful, and just to us—visually good, too. So, we went with that one, and I’m happy we did because I remember we had some strange ideas [for band names].

SR: I think it became Aquarium because of the visual universe and the pictures which look a bit like an aquarium.

LN: There was also the thing about how the largest pop bands from Scandinavia were called something with an A—a-ha, ABBA, Alban—maybe we didn’t realize this until after we chose our own name actually.

AS: Speaking of “genius names,” there’s “Barbie Girl.” It’s still a pop classic. Why is it still so timeless?

LN: A good melody never dies. It will continue to live I believe.

SR: We have been very lucky. We had seven singles from our first album [and] seven of them went No. 1 in several places in the world. “Barbie Girl” went No. 1 in many countries. It is difficult to determine why, but I think it’s straight-up just a good song. It’s easy to understand and Barbie still exists today.

RD: I think it’s the universe and the music video and everything around it that just makes sense.

AS: There was some controversy around the song at the time with some critics saying the song sexualized the image of a beloved doll. On the other hand, the song could have been interpreted as exploring the superficiality of living a “plastic” life or molding oneself around a materialistic world. Initially, what was the song really talking about? Has it shifted in meaning at all over the past 25 years?

SR: It was written because at that time people talked a lot about plastic surgery so that was the starting point for the track. Then the song became more and more sexual and then came all the lawsuits from where we began to explain how the song really was not that sexual after all, but to be honest, it was. We probably wouldn’t have written it in the same way if we were to write it today. Maybe we would have (laughing). But it is a different time.

LN: It is crazy how so many other artists can get away with saying so many even worse things in their music but as soon as it’s pop music you’re not allowed.

RD: I can easily mention 10 hip hop records where they say things that are much worse than what we say in ours. But for us, “Barbie Girl” still means the same for us as it did when we wrote it.

LN: I’ve never thought of the song as directly sexual or degrading of Barbie because it is so humorous when you understand all the layers. The performance we do for the track, the video, all the layers … I believe you are allowed to show a little edge, but people will always experience and understand everything in their own ways no matter what the starting point from the origin was. I think it’s like that with all music and art really.

SR: We can say for sure that we haven’t thought about it that much (laughing).

AS: Looking back on the past 25 years, do you still feel that same connection to Aquarium today? Cohesively, do the tracks resonate differently now?

LN: We still feel the same connection to the album, that’s for sure. I think the complete album means more. We have developed and learned how to process emotions in a different way. I think it has a different meaning and maybe even a larger meaning to us now than when we made it. Listening to the album for me is also different than performing it for an audience who gives back.

AS: When you were writing the album, was there a common thread revealing itself between “Barbie Girl,” “Turn Back Time,” ‘“Doctor Jones,” ‘Roses Are Red” and the remainder of the tracks?

SR: The common thread was definitely there. We produced it with different people, but we wrote it ourselves. Depending on who we did the songs with, the sound naturally changed a bit but the common thread is how it’s all danceable, “Turn Back Time” is a bit more mellow, but the others are more danceable.

RD: I think the common thread can also be seen as how we use a completely different universe for every song. The songs came, then came the videos, and everything just matched in a pretty unique way.

LN: I think the melodies, the colors, it is obvious pop songs, chewing gum, and all colors of the world.

AS: As a unit, do songs still come together in the same way?

LN: We start out on a guitar or on a piano.

SR: Things have to work on a simple instrument before you’re really able to go further I think, but maybe it changed a bit. It is easier and quicker to make things sound good today than during the Aquarium times, but the principles are the same.

AS: Aqua recently released a cover of the La Cage aux Folles hit “I Am What I Am” for Copenhagen Pride in 2021. Is there some other new music brewing, or fourth Aqua album on the way?

SR: There is no new album on the way as it is right now but maybe we will release some new music at one point soon. 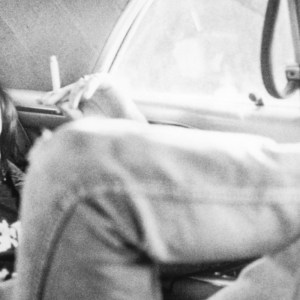 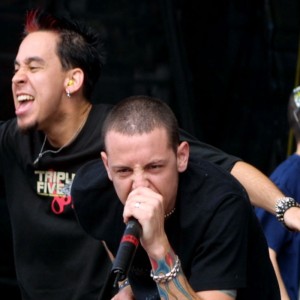