In his 26 years of life, singer, songwriter and musician Gram Parsons contributed songs to three of his bands, including The Byrds, along with his own solo career and a few other artists along the way.

Born November 5, 1946, in Winter Haven, Florida, Parsons first formed International Submarine Band (ISB) in 1966 while studying theology at Harvard University. Though short-lived (ISB disbanded in 1968), the band satisfied Parsons’ calling to country rock. He would write a number of the songs on the band’s 1968 debut, Safe at Home, before joining The Byrds.

Writing “Hickory Wind” and “One Hundred Years from Now” for the band’s sixth album, Sweetheart of the Radio, and several other tracks, Parsons parted ways with The Byrds to form The Flying Burrito Brothers with fellow Byrd, Chris Hillman, in 1969.

Throughout his brief time in music, Parsons released two solo albums, including his debut GP, which featured several members of Elvis Presley‘s TCB Band. His second album, Grievous Angel, was compiled from earlier sessions in ’73 and released four months after Parsons’ death from a drug and alcohol overdose on Sept. 19. 1973.

“My instinct says that he knew he had a lot to do in a very short time,” said Gram’s daughter Polly Parsons in a 2011 interview with American Songwriter. “I can’t help but think he really had some type of profound knowledge that he wasn’t going to be here for a long time.”

In his short time, Parsons also wrote a few songs for other artists, including actor Peter Fonda.

Here’s a look at the three distinct songs written by Parsons, outside of his solo and band catalog.

Parsons and Peter Fonda’s paths first crossed while Fonda was working on Roger Corman’s 1967 LSD-ploitation drama, The Trip, which was written by Jack Nicholson. Fonda suggested that Parsons’ band at the time, the International Submarine Band, supply a song for the soundtrack. Shortly after, jazz trumpeter, Hugh Masekela, heard Fonda playing guitar at a party and encouraged him to record some music. Co-produced by Masekela, “November Night” was written by Parsons for Fonda, who released it as a single, along with a B-side cover of Donovan’s 1965 folk song “Catch the Wind.”

I’ll remember a November Night,
when the dawn on your doorway
shone white with frost
and the soft love that always began
with the touch of your hand
and recall the mornings that tossed
your hair in the wind

In the 1960s and ’70s, Rivers hit the charts with several covers, including Chuck Berry’s “Memphis,” and the Four Tops’ hit “Baby I Need Your Lovin'” as well as Rivers’ original song “Summer Rain,” released in 1968. Rivers recorded along with Paul McCartney, Tom Petty, and Eric Clapton on a tribute album dedicated to Buddy Holly’s backup band, the Crickets, in 2000 and was inducted into the Louisiana Music Hall of Fame in 2009. Rivers also performed at Berry’s funeral in 2017.

I used to sit in a big apple tree
Welcome the sun as he shone down on me
Watch the fruit ripen, smell the land grow
Felt the fall rains get colder and turn into snow

And in the summer, I’d walk through the trees
Roll up my trousers way over my knees
Waded a stream ’til the rocks hurt my feet
The water was cool and the summer was sweet

On the 1971 album, Booker T. Jones and Priscilla Coolidge, the two artists take on a collection of romantic themes throughout the 19 tracks, including the more soulful “She.” Co-written by Parsons and his former Burrito Brothers and International Submarine Band bassist, Chris Ethridge, the album was a collaborative project for the newly married couple. Booker T. had met Coolidge (sister of singer Rita Coolidge) around the time he had parted ways with Stax Records.

Parsons later released his own version of “She” on his 1973 solo debut, GP, which he released after being dismissed from his previous band Flying Burrito Brothers.

She, she came from the land of the cotton
A land that was nearly forgotten by everyone
She, she worked and she slaved so hard
Big old field was her backyard in the delta sun 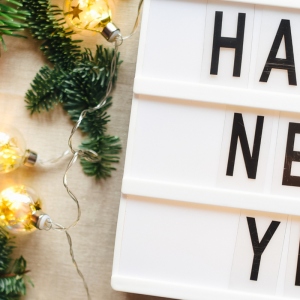 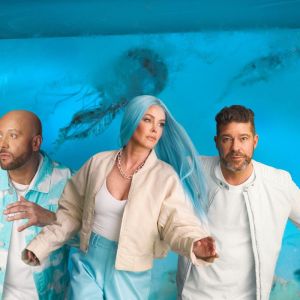 Back to Top
Close
<script src='https://americansongw