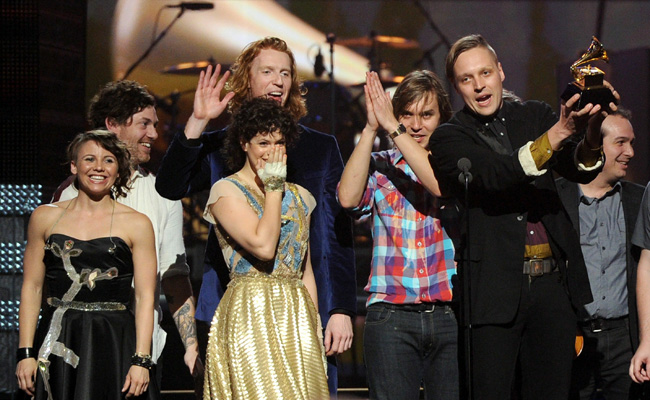 Arcade Fire’s third album The Suburbs ended up a crucial pushpin on the band’s timeline, earning them a Grammy for Album of the Year, and in turn, unintentionally launching the “Who Is Arcade Fire?” meme when the underdog Montreal indie rockers beat out Lady Gaga, Katy Perry and Eminem for the honor. Not that the award was unearned, but the album itself — a mostly stripped-down reflection of the monochromatic feel of suburban homogeny — often felt like it was missing the rich, substantial textures that made their previous two albums hit with such a heavy impact, no matter how thematically cohesive or impressive the album was as a single, unified piece of art.

The Suburbs did contain a few bright, vibrant flashes, however, notably “Half Light II (No Celebration)” and “Sprawl II (Mountains Beyond Mountains)”, tracks that contained both danceable beats and compulsive bursts of energy. Think of these tracks as incubation for “Reflektor,” the intense, sprawling new disco single from the band’s fourth album, also titled Reflektor. Produced by LCD Soundsystem’s James Murphy, and featuring guest vocals by David Bowie, it feels and sounds like the biggest production that the band has ever released, which says a lot. So much of what this band does is absolutely massive.

With Murphy’s production, “Reflektor” propels itself on pulses and thumps, bongos and saxophone, grooves and beats. Certainly Arcade Fire have done danceable before, but here it’s so intensely corporeal, by god, it’s actually kind of sexy. But no matter what the fashion an Arcade Fire song finds itself in, no couture, no matter how haute, can mask the dead-serious earnestness that Win Butler delivers — in this case, a tag team performance with his wife, Regine Chassagne, who responds to his verses in French. All seven-plus minutes of the song feel absolutely vital, even if the arrangement suggests something more hedonistic. It’s a neat trick they pulled there. 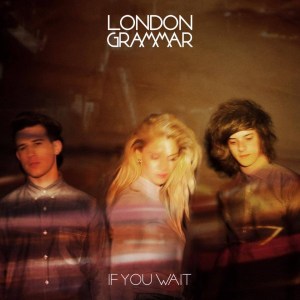