In 2018, ARTHUR shared 16 dreamy, disjointed dispatches on his debut album Woof Woof via PLZ Make It Ruins. Today the Philly bedroom pop practitioner drops Hair of the Dog, an unsparing follow-up that sees ARTHUR exploring the darker parts of his psyche over 13 wobbly, lurching arrangements.

“Woof Woof I recorded in my parents’ house after I moved back home for a few months and I was just really manic and I just drank a lot of coffee and felt crazy,” ARTHUR tells American Songwriter in an interview featured below. “This new record was made in the back of the house I literally just moved out of. The recording process is different every time. It’s the atmosphere and the emotions that I’m taking on when I’m recording—that’s probably the biggest difference. My friend Kieran [Ferris] helped me a lot more this time. I had him come and play guitar a lot and that was fun. Even when he wasn’t playing I could bounce ideas off him. I feel too in my head about certain things.”

ARTHUR is an expert on feeling too in his head about certain things, as he puts it. The songs on Hair of the Dog are borne of this condition, framing the DIY singer-songwriter and producer as a participant-observer of his own agitated inner life.

“This is my simple song / it’s time that I rest and move along / in a couple years you lose a couple friends / you lose yourself and you start over again,” he sings over twangy, untethered guitar riffs in the album’s penultimate number. “I don’t have patience / all that I know is addiction / all that I know and all that’s new to me / is that everything ends and that everyone leaves.”

We caught up with ARTHUR by phone about his bracing and bizarre new record and his epigraphic approach to songwriting. Speaking from the road while driving back to his parents’ house in Delaware County, Pennsylvania, ARTHUR also reflected on his past and present paranoias, his favorite keyboard, and the artists he’s hoping to tour with down the line. Check out the full interview and listen to Hair of the Dog below.

American Songwriter: I wanted to start by asking you a question sourced straight from your website navigation: “Who is ARTHUR?” Do you see ARTHUR as an avatar of some sort, or just a moniker?

ARTHUR: ARTHUR’s kind of like an energy now. I started ARTHUR as a way to feel like a different person than myself, but over time it just became a cloud. I don’t want to call it a world, ‘cause I feel like it being a world itself is cheesy. I guess it’s a cloud. It’s an energy and it exists for me and anybody who wants to participate. It started out just me but now I could say any of my friends, any of my family, anyone could be part of it.

They’re similar but they sound really different, and I think it’s just where I am. Woof Woof I recorded in my parents’ house after I moved back home for a few months and I was just really manic and I just drank a lot of coffee and felt crazy.

This new record was made in the back of the house I literally just moved out of. The recording process is different every time. You know, it’s the atmosphere and the emotions that I’m taking on when I’m recording—that’s probably the biggest difference. My friend Kieran [Ferris] helped me a lot more this time. I had him come and play guitar a lot and that was fun. Even when he wasn’t playing I could bounce ideas off him. I feel too in my head about certain things.

What are some of those atmospheres or emotions that drive this record?

It could be grief, could be anger, could be excitement, could be fear. I think this album’s still pretty dark and sad, but the songs just kind of write themselves. I’ll sit down and If I have a bad feeling in my head it’ll just craft itself. I try not to guide whatever I’m doing too much or have an idea too deeply. I just let my fingers do the work and my head do the thinking.

Do you think there’s any paranoia in there?

Less now. I used to be a pretty paranoid person, and I think my paranoia kind of evolved more into just kind of a cynicism.

I was thinking of the first verse of “Something Sweet.”

Oh yeah, “Right where I am / and right where I sleep / is there someone here / watching me?” I think in that song, in that part, it’s a ghostly thing. Sometimes when I’m by myself it’s like “Is this me or someone else? Am I doing this or is someone watching me do it?”

What’s the lyric you deliver right before Caleb [Giles] comes in on that track? “It’s so much fun being me / living inside with my own…”

Epigraphy. It’s “the study and interpretation of ancient inscriptions.” It was a word that for some reason really made sense to me in the moment. My interpretation would be [that it’s about] my own almost religious text, my own ancient philosophy.

That reminds me of the name of the instrumental track on Woof Woof—“Finally I Will Know Myself.” Do you see any link between knowing yourself — or trying to know yourself — and

Yes, the idea of that song is that I don’t know myself and I never will and I’ll never have my opus. There’s never a moment where you can really say I’ve done everything I want to do, but the idea of knowing yourself is not something that happens in this lifetime—maybe in the next one. ARTHUR is just me bringing an interpretation as far as I’ve made it.

What are some of the strategies you use to transform those interpretations into music?

It’s just my life. I wake up, go to sleep. I don’t use strategies, it just comes to me. It took years of work to be able to do that, it’s not something that anyone can do if they don’t work to do it—it’s not like a magic power that you just get. I’ve been doing it for long enough, since I was a boy, so it’s just very natural for me. I think the only thing I need is some kind of intense emotion. Or even just something beautiful—something beautiful to see or behold.

I have a funny keyboard that my dad gave my sister Mary—who I’m actually in the car with right now—years ago that I love to play. That thing inspires me. I could just sit down and it always gives me a song. When I write songs, I almost don’t want to replace the equipment I have with nicer stuff. If you have limitations it’s easier to be like, “Ok this is what it’s gonna sound like” instead of dreaming like “There’s gonna be an oboe, there’s gonna be a bassoon, bring in the flugelhorn.” It’s just like, “Alright, my keyboard has ten sounds and three effects built into it. See where you can go with that.”

What are some recent influences? Do you hear any of them in Dog of the Hair?

Definitely a lot of relationships with people, my cat, my dog. Video games—playing video games when I was little, not necessarily even playing them now. Musicians specifically are hard. Definitely all my friends that I work with and that I play with more than any record or something.

Down the line are there any acts you’d like to tour with when it’s safe to do so?

You did a few dates with Amen Dunes last year too, right?

Yeah Amen Dunes was cool too!

Any highlights from that experience?

Just hanging out with them. They’re cool, they’re a funny group of all sorts of different characters. They were very different from what ARTHUR sounds like and they also have very different personalities from my band, believe me. So there was a weird duality but it came together.

What else are you up to right now?

Hair of the Dog is out now via Honeymoon. 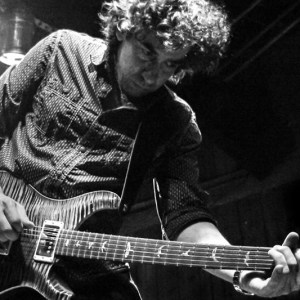 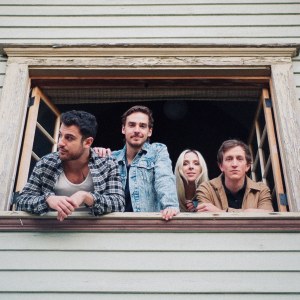