Vandoliers released their debut album Ameri-Kinda in 2016, an appropriately tongue-in-cheek title for a collection of boundary-eschewing cowpunk tunes releasing at the height of Americana’s surge in popularity. Just a year later they’ve returned with The Native, a tighter, more focused album that still retains the devil-may-care spirit of the band’s debut but pushes the Texas band in a more ambitious direction.

Frontman Joshua Fleming chatted with American Songwriter about writing The Native, the powerful influence of the Texas music scene, and hanging out in a famous studio that once housed Willie Nelson.

You just released a new album, The Native. When did you begin writing the album? Was there a particular song that jumpstarted the process for you?

If there was one song that really jump-started the process, it was definitely the title track.

I had a few extra songs from Ameri-Kinda that were left over, like “Rolling Out,” “Rain Dance” and “Red Dress,” but when I wrote the title track, I realized the pieces might fit together as a sort of concept album. That really opened up the floodgates for similarly autobiographical material from the album like “Endless Summer,” “Bluebonnet Highway” and “Welcome Home.” I started writing The Native in the summer of 2016. On the day that Ameri-Kinda was released nation-wide, we were already in the studio recording The Native.

The story is the most important part of any song, so I usually start with lyrics, though sometimes the music does come first. “Endless Sumer” and “Quick to Fire” both started with music as a melody, but “Bluebonnet Highway” and “The Native” both started with a story about myself growing up. My process typically just involves a notebook, an acoustic guitar and a quiet space, although I have written a lot of songs in my car, too. I re-write lyrics a lot, for instance, “Bluebonnet Highway” began as a story about my dad, but ended up being about me by the time it was finished. The lyrics for “Quick to Fire” were finished in the parking lot just before I went into band practice to show it to the rest of the guys.

You guys seem to draw from all kinds of influences, from country to punk. How did you develop your sound?

Over 16 years, we’ve all played in a lot of bands, ranging from hardcore punk to ska, bluegrass, metal, gypsy folk and polka punk. Over the course of many years and dabbles in many genres, I’ve written a lot of songs. Now that I’m not tied down to any one genre it allows me to write openly and honestly. My past comes out in my music. My mariachi influence comes from living next to a mariachi band in Dallas a couple years back. At my core I’m a punk, so that comes out, too. And living in Texas you’re surrounded by lots of folk and country, of course. But the band and its diverse tastes and experiences are really what make the Vandoliers sound what is. We just like to refer to our unique blend as Texas music.

You got to record the album in a studio that also once housed Willie Nelson. What was that like?

It was really great, walking into that suburban Dallas studio and seeing the room and feeling the vibe. After the first visit, there was no question we wanted to record there. The current owner, Paul Osborn, has taken great care of the studio, and a lot of the gear is still original, down to the microphones and the console. It pretty much looks and feels exactly the way it did in the ‘70s when Willie recorded three albums there. I think the moment it really hit me was I had kicked my feet up on a ledge looking through the glass into the live room and realized how many of my heroes had probably put their feet up in the same spot.

How do you feel you’ve evolved as musicians between Ameri-Kinda and The Native?

Ameri-Kinda was put together without knowing where we were going or what were doing. Making the album was a way for me to form a new band, but we hadn’t even played a show by the time the album was finished. Some of the guys hadn’t even met until after tracking their parts. So it has a bit of a pieced-together feel to it. By the time we made The Native, we’d played a ton of shows and really gelled into a unit — a gang, even. We’d all progressed together to the point that it was no longer six individuals coming together to make music, it was one band firing on all cylinders, arranging and recording an album together. I feel like my writing got more introspective while still retaining the tongue-in-cheek humor and over-the-top pastiches that I love about this band. Walking into the studio to make this record, it felt like there was no pressure. We were in the studio for about a week and had more than enough time to spare. I feel like everyone in the band makes me a better musician and I hope they feel the same about me.

How did you guys meet and first start playing together?

Ameri-Kinda was the introduction for each of the band members. I wrote that album in a weekend and was introduced to our producer John Pedigo through my wife. He and I started demoing in the winter of 2015. I had been playing in the DFW music scene for years and I knew the kind of guys that I wanted to be around and play with. My drummer Guyton Sanders, was referred to me through a mutual friend. Electric guitarist, Dustin Fleming, was in a hard rock band that my old punk band used to play with all of the time, and we really liked hanging out. Multi-instrumentalist Cory Graves and bassist Mark Moncrieff were in a gypsy folk band that was on hiatus at the time. I think the funniest part is that we met our fiddle player Travis Curry at our second show where he was playing with a bluegrass band. I told him that he was in the wrong band, then had him in the studio and on stage with us less than a week later.

How has growing up and coming of age in Texas affected you as a songwriter?

When I first started writing songs I used it as an outlet. I felt disconnected from home and being at school, but once I started writing, I felt like I had a place, and that inspired me to pursue it for such a long time. I’ve been surrounded by music my whole life, whether it was my dad’s classic rock record collection or my sister’s grunge and punk rock tapes. In Texas, country music is everywhere, and when I was younger I rebelled against it. I think that’s a natural thing, though, because to really understand a lot of those cheating, drinking and heartbreak songs, you have to have lived some of that yourself. Now that I’m a little older, I totally see the appeal of a good country song that tells a really great story. I’ve always loved honesty and good melodies no matter what genre I was most into at the time, both of which good country music has in spades.

Which of these new songs do you most look forward to playing live in upcoming shows?

I feel like “Rolling Out” is my favorite way to kickstart every live show. It really lets people know in an instant who we are and what we do. But maybe my favorite song I’ve ever written is “Endless Summer.” It really defines where I am in my life, and I love singing it. 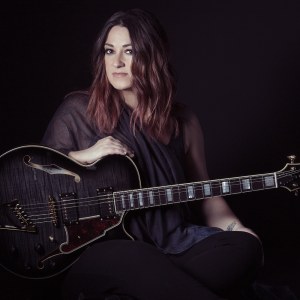 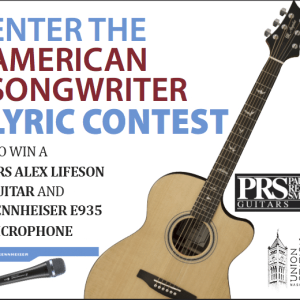