“Although it’s a bit scary, I really like to write songs that are personal – and then when I perform them I feel like I am able to convey the message with honesty and emotion and connect with people who share similar feelings,” says Boston-based country artist Ashley Jordan. “The best songs (to me) are those that come from the heart but also convey an emotion that the listener can relate to.”

With her latest single, “Still Hear Him Talking,” which premieres on April 30, Jordan addresses the loss of loved ones (specifically, her grandparents), which is a theme that everyone will understand. But Jordan wants the emotive ballad to also offer a sense of optimism: “I love that although this song is somewhat sad/emotional, it also offers hope and healing. It shares the feeling that no one is ever really alone and that there’s always the divine standing there beside us when we’re in our darkest times.”

Jordan has already demonstrated a knack for writing songs that connect with people, which has earned her considerable awards and accolades. She was a first round Grammy-nominated artist with her 2015 single “Angels,” a two-time finalist (top ten nationwide 2016 and 2017) at NASH Next, and the 2017 and 2018 Country Artist of the Year at the Boston Music Awards.

As far as Jordan’s actual songwriting process, she says it “varies,” but “Still Hear Him Talking, she says, “all started with a single line that had been in my head for a long time: ‘I still hear him talking.’  It came about after I had lost some special people in my life and I was feeling disconnected and dismayed with the world in general. But through all the darkness, I kept hearing messages from above that reassured me that I wasn’t alone, and that everything was going to be OK. The words definitely came to me before the melody for this song and I almost feel like the song wrote itself.”

“Still Hear Him Talking” also seemed to arrive at a timely point in Jordan’s career. “I wrote this song right before I was heading to Nashville this year to record a 10-song album of original music. I actually hadn’t even intended to record “Still Hear Him Talking,” but after I played it for my team and producer [Jeff Huskins], everyone felt very moved by the song and it was unanimous that it needed to be the last recording.”

As Jordan isolated with her family because of the COVID-19 pandemic, she realized that this would be the perfect time to share this single. “I was listening to all of the songs on my unreleased album and got chills when I realized how poignant the message was to this song, given what our country (and the world) is going through,” she says. “If ever there is a time/need to remember that we’re not alone and to be reassured that everything is going to be OK – it’s now.” 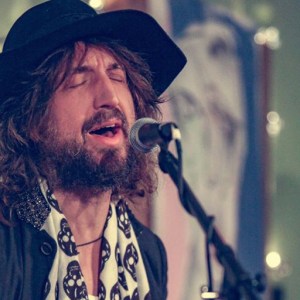 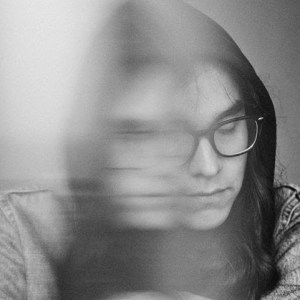