When most songwriters think about penning a fresh breakup song, it’s likely they’ll dig into the heartache. After all, it’s often the most palpable feeling in times of loneliness. But Las Vegas-based rising country star musician, Ashlie Amber, thinks about the matter differently. Amber thinks about the good times, the reasons she was with the person to begin with. Sure, there were reasons for the split. (Often in Amber’s case it’s because she’s chasing her career and not necessarily domestic dreams at this time.) But if there weren’t good parts, then why was the relationship a reality to begin with? So, she looks to the brighter side. The late nights, the extra shots of whiskey, the chosen sleepless mornings. This is valid subject matter for songs too, Amber says. To prove it, she wrote her new single, “Those Nights,” premiering today with American Songwriter, to celebrate the best of what was, especially in those exciting first days.

“It’s a song about passion,” Amber says. “It’s a song about when you first start dating somebody and you’re both really into each other. You’re emerged, engulfed in the relationship. You just want to be with each other all the time—you’re messing each other’s sleep schedules. It’s also about hanging out with your best friend.”

Amber says she wrote the song, which is also her first solo writing effort release, thinking about someone she’d been in a close relationship with while living in Washington D.C. Though the couple split, they remain on good terms today. As a result, Amber still carries with her things she cherishes from that era. Of course, there’s time for mourning breakups, but she didn’t want to lean into that for her new single. The song came to Amber, a standout artist in many senses of the word, amidst a hot writing streak, which began after a moment of flimsy criticism she encountered.

“I went on a 14-day writing streak,” Amber says. “I wrote 14 songs in 14 days. What happened was, I’d recently had a meeting with a label executive and he said I wasn’t ‘authentic’ enough. That was his comment. I have no idea what that means, but I said to myself, ‘okay cool, I’ll show him authentic.’ So, I came back home and I decided to write.”

The fact that Amber rose above is no surprise, as she puts it, she doesn’t take “no” for an answer. Instead, she’ll merely find another way to her goal. Amber, who grew up loving music and singing along with it to the car radio, signed with an independent record label at 19 years old. But they wanted to market her as an R&B singer, which she wasn’t interested in. Amber, who grew up in the suburbs of Colorado and fell in love early with artists like Tim McGraw and Shania Twain, is a country songwriter. With all due respect to R&B and especially that of the late ‘90s, that wasn’t Amber’s bag. So, as she says, she took the scenic route to her career.

“I’ve been to over 70 countries,” Amber says. “I quite literally took the scenic route.”

Growing up, Amber played sports. Her father was her coach and she participated in basketball, soccer and others. But by 12 years old, her father tragically had passed away. He’d gotten sick when Amber was 11 and in less than a year, he was gone. As a result, Amber couldn’t face the basketball court or soccer field anymore without him. It was too hard to think about him not being there. So, she threw herself into music. Later, after leaving that narrow-minded independent record label, Amber took the advice of a friend and found a job in musical theater. From there, the striking artist found more work on glitzy cruise ships, which would later take her around the globe. She worked her way arduously up to the vaunted status of headliner on the ships, performing sets with over one hundred and fifty lighting cues, big undertakings for the sake of the thousands in attendance.

“Denver had a really great theater scene,” Amber says. “I auditioned and I booked my first role. From that moment on, I did not stop working.”

Amber, who also got as far as an invite to Hollywood after trying out for American Idol, got lots of reps on those ships. Like many artists before and after her, the gaudy cruise lines provided hungry audiences in need of some performance pizzazz. Amber strengthened her stage presence, learned how to master a room and stored away the money she earned so that she could dive into a solo career when the time was right. Now, with her big mohawk flared, Amber knows that her strength as an artist and performer is in her most unique qualities. Anyone can write a sad song, but not everyone can imbue their music with intimacy and closeness like she does. For someone who waited tables for over a decade in Colorado at T.G.I.Friday’s, Amber has come a long way.

“I remember going natural,” Amber says, recalling when she put aside her straightening iron for the sake of letting her big hair puff out. “And I had to go to work that night [as a waitress]. So, I had my afro out and I got so many compliments on it from people. It wasn’t a normal hairstyle to wear in Colorado, either. From that moment on, I knew I did the right thing.” 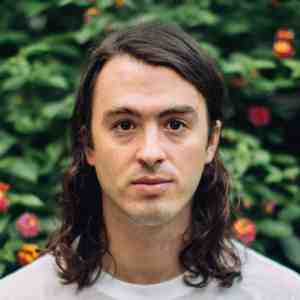 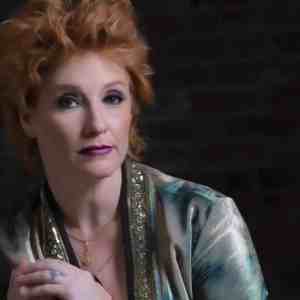