A year after writing his second album under the name Glitterer, visionary and former Title Fight bassist Ned Russin is still unsure of what it all means. But making the sophomore effort helped him cope with what seemed like the world falling apart.

“It’s hard to measure at the moment,” Russin tells American Songwriter about the album. “Especially because in all aspects I’m still too close to the record. The writing process was tied up in the world kind of ending in real time, it felt like.”

The record titled Life is Not a Lesson, due out February 26, was written with a clarity that Russin had been writing with since he was a kid, though skewed with a new perspective on the world plagued by uncertainties about life’s ambitions. The title-track actually started off the same way—in an uncontrolled and natural environment. Russin started writing the song while on an airplane, memorialized by notes jotted down in his phone.

“I was on a plane somewhere, I don’t really remember where I was going,” Russin recalls. “But it was just one of those instances where this idea popped into my head and I wrote it down in my phone and knew I would come back to it later. Fast forward however many months, I was working on the record messing around with this idea that I had that was basically a riff based on looping a single octave chord, over and over and then trying to write around it.

“I found that line in my phone and scrapped the rest of what I had written and then built it around that repeating octave. At that point, it came together pretty quickly. That song, to me, felt like it was the answer and kind of a turning point in realizing what I wanted to make the whole record kind of be. It was the kind of climax that I needed to make sense for myself.”

The singles “Didn’t Want It” and “Are You Sure?” illustrated a duality with the idea of loving what you do, but also questioning it after time, which was a theme Russin identified while making the record during a pandemic.

“For me, even when I’ve been doing things that I love and that I’m passionate about, there gets to be a point to where I question why I’m doing it,” Russin said about “Didn’t Want It.” “I feel like it’s a particularly American problem to kind of always strive for something more. A lot of that thinking is what drove the thematic arc of the record.

“We’re always trying to one-up ourselves and be in this constant race for improvement. That’s just impractical. But that’s the ideal that we strive towards and I think that on a personal and larger scale that this affects people in a potentially negative way, including myself at times. That was something that I thought a lot while writing the record.”

With the drone-like octaves driving the title track, songs “Are You Sure?” and “Didn’t Want It” steered the record with a more guitar-based format, with trashy, Lo-Fi drums and mixing. The Lo-Fi element on much of the record was a conscious decision for Russsin and metal engineer Arthur Rizk, who mixed the record.  Russin wanted the record to be reminiscent of some of his favorite punk albums, which were low-budget records made decades ago with far less advanced technology.

“We’d be talking about guitar tones and stuff and trying to recreate when records were all analog, but when you also didn’t have the money to do that,” Russin said. “We’d throw whatever kind of bad distortion on the songs that are too polished, because they’re like digital recreations of something that was not actually meant to sound bad, was just kind of like low budget.”

“Arthur is just so easy to work with,” Russin adds. “He can bring a box of mics to anywhere and make something sound good. And I like that about him, and he’s really well-versed in listening. He’s just a super talented, aggressive music guy, but he also listens to so much other stuff. So, I like talking with people like that because we’re coming at a similar idea from different perspectives. I’d be referencing Moss Icon and Arthur’s referencing Mayhem, but we both meant the same thing and that lead us to a really great, easy and fun collaboration.”

Russin, with his brother Ben, who played drums on the record, and Rizk were all that were needed to re-create Russin’s punk-inspired Lo-Fi record at home during a pandemic. Russin produced the album himself out of practicality but also due to his perspective on producers and if they have an actual role or benefit.

“I’ve never fully understood what the role of the producer is,” Russin said. “I feel confident enough in my ability to make the songs the best that they can be.”

Self-producing the record aided Russin in mor ways than one. As a rather private and quiet person, he felt a heightened sense of comfortability in his talents and ability to feel more vulnerable in his songs that he had control over. Vulnerability wasn’t something that came as naturally as songwriting to Russin.

“It’s been easier to be vulnerable and in music than it has been in real life, which is not a good thing,” Russin said. “It’s something that I’ve had to consciously put a lot of work into over the last 10-15 years. It’s not healthy to put emotions into a song, and not put those emotions into the real world, but things are difficult to talk about. And when I was young it was just really about getting that feeling out there and feeling that connection between myself and other people.

“But as I’ve gotten older, I’ve wanted to get away from just feeling validated and try to come to a solution to not feel that way. And that comes from being more vulnerable in my private life, trying to have open and honest conversations with people about my feelings, which I think is a positive thing to do. And I think that comes across in like the music that I’ve written.”

Listen to more of Russin’s introspective thoughts on Life is Not a Lesson out tomorrow and on your favorite streaming service here. 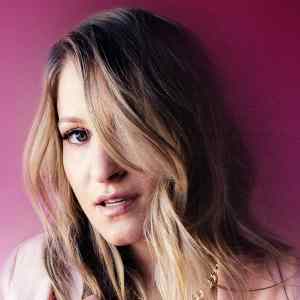 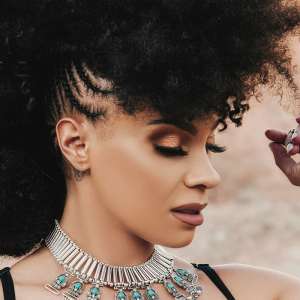