In Aubrey Haddard’s new single, “Portuguese Red”—premiering below—the Brooklyn singer-songwriter delivers a brooding synth-pop ballad inspired by a real-life meet-cute that will make you miss pre-Covid nightlife even more than you (probably) already do.

“The song is about the night I met my partner in 2016,” Haddard tells American Songwriter in a statement. “We met at a venue in Williamsburg where our bands were sharing a bill,” she recalls. “After the show we shared a few drinks at the bar surrounded by our friends before he tugged on my hand and led me outside, and we shared our first kiss in the middle of a crosswalk on Berry Street. Later in his Brooklyn apartment, I sat on the kitchen countertop and he pulled out a half-empty bottle of wine from the fridge that we never finished as we quickly fell in love. I asked ‘If I were a wine, what would I be?’ and he told me I’d be a Portuguese Red.”

In the track, Haddard revisits that kitchen scene and the early era of her relationship with nostalgia and longing. Way back when / I warned you not to let me in / but you didn’t listen, she sings in the opening verse over searching guitar and percussion.

The chorus is even more aching: Just like a Portuguese Red I went to your head / and got you dizzy, Haddard sings. Took some time but for now we’re fine / lying on your couch in New York / simpler times / they’re on my mind / undefined / refrigerator wine.

Musically, “Portuguese Red” is shadowy and intoxicating, featuring contributions from Charley Ruddell (bass, keyboards) and Joshua Strmic (drums, percussion). The track also arrives with a video—set in Brooklyn and directed by Josh Thomas—that plays up its restless, nocturnal feel.

“Years later, I found myself living in the past, holding onto these memories,” Haddard says of her inspiration for the flick. “The video frames me escaping my reality of boring parties and band rehearsals to being trapped in a fantasy under stage lights.”

Haddard grew up in the Hudson Valley but cut her teeth in Boston before moving to Brooklyn. The Berklee dropout has now worked with Ruddell and Strmic for a few years and considers them close collaborators.

“Aubrey is a very emotional person,” Ruddell told WBUR in 2019. “She’s maybe, in some ways, hyper-emotional… And she reflects that in her art. She kind of floors me, when she’s playing, with how sensitive she is.”

“Portuguese Red” brims with that intensity, centering Haddard’s striking, self-assured vocals. Check out the track and the accompanying video below. 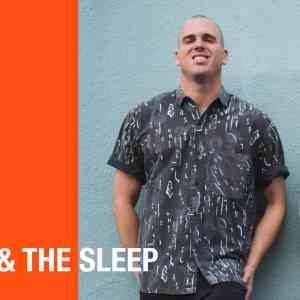 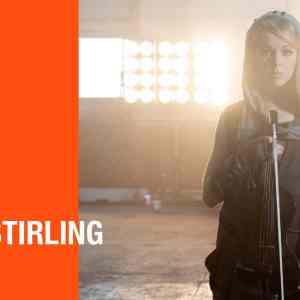