Together with American Songwriter and Sean Ulbs of The Eiffels, we had the pleasure of interviewing Lindsey Stirling over Zoom video!

Platinum-selling electronic artist, violinist, and multi-talented entertainerLindsey Stirling and artist, producer, and songwriter Mako have released their new single “Lose You Now” along with an accompanying music video.

Written in memory of her father and best friend, “Lose You Now,” available via BMG, is an emotive pop song about loss and grief, stemming from Stirling’s instrumental-only track “Guardian” off her latest chart-topping studio album Artemis. “Lose You Now” was co-written by Stirling and Mako (Alex Seaver) and produced by Jason Evigan (Dua Lipa, Bebe Rexha, directed and edited by Stirling and Stephen Mallett (Pentatonix, Logic, CHVRCHES).

Lindsey Stirling is known all over the world for her unique, futuristic violin-driven electronic music. Since the release of her 2012 self-titled debut, the Arizona-raised, Los Angeles-based artist has racked up tens of millions of followers worldwide and more than 3 billion total view son YouTube. Stirling’s sophomore album Shatter Me was certified Gold by the RIAA, after debuting at #2 on the Billboard Top 200 and #1 on the Dance/Electronic Albums Chart and holding the #1 spot on the Classical Albums Chart for 21 consecutive weeks. Her third studio album Brave Enough, featuring guest appearances from Dan + Shay, Christina Perri, Rivers Cuomo, Andrew McMahon and others, earned Stirling her second Billboard Music Award for “Top Dance/Electronic Album.” Stirling’s latest release, her fifth album Artemis (released September 2019 via BMG), debuted at #1 on Billboard’s Dance/Electronic Albums Chart and remained on the chart for 15 combined weeks. Artemis has also been turned into a successful comic book series. Additionally, Stirling co-wrote The New York Times best-selling book The Only Pirate at the Party with her sister Brook S. Passey, was the runner-up on Season 25 of “Dancing With the Stars” and has appeared on “America’s Got Talent.” The multi-hyphenate star is also currently helping families in need through her nonprofit charity outreach program The Upside Fund. 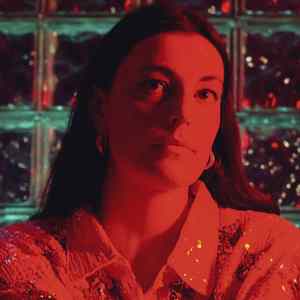