Rising Icelandic singer-songwriter Axel Flóvent calls Reykjavík home, but the location is also the inspiration behind his upcoming full-length debut, You Stay By The Sea.

Tapping into the D.I.Y. spirit of his earliest recordings — but with a sense of refinement and newfound wisdom — Axel carefully assembled the album with producer Ian Grimble (1975, Bear’s Den, Mumford & Sons). He incorporated brass on nearly every tune, adding a robust organic energy to the tracks.

“The ultimate goal was to bind together my old way of writing songs with what I’ve learned and madeit sound like one collective,” Flóvent said. “Some of these ideas go back to my bedroom in Húsavík, but many of them are fresh and new. I pictured myself on a journey.”

With You Stay By The Sea being released today, Jan. 15, Flóvent offered to do a track-by-track for his current fans and readers of American Songwriter. If you dig what you hear, consider supporting him.

Tonight
The first thought I had when writing this one was that I wanted to write a song that would set the scene and create the mood going into the record. I initially wrote the song as an ambient intro. A few years later, the piece evolved into a song on its own. “Tonight” is about the path to stability.

Driving Hours
Because I’m obsessed with songs/themes that feel like they were written for the road, the title came before the music and created its mood. “Driving Hours” is also about getting stuck in one’s steps because of overthinking, analyzing one’s wrongs, and letting fear get in the way of following one’s own needs.

Tourist
I was doing a writing challenge where I tried not to think, to write songs in the moment. I tuned my guitar a little differently and hit record. The whole piece – the music, the lyrics, the theme – came out of that process. “Tourist” is about trying to reach the unreachable, to hold on to something when you know you should let go.

December Traffic
In this one, I explored my indie-rock side even though I don’t think it’s an indie-rock song. But, it has some elements I’ve wanted to put in my music for a long time. “December Traffic” is about a friendship that faded away the doubts, the wonders, and all the places the mind goes after a relationship disappears from one’s life.

Blood
When I was living in Amsterdam, I was doing some humble musical experiments, seeking inspiration in all types of music. I went to a local record store and bought a Frank Sinatra album (‘Trilogy: Past, Present & Future’), which might have influenced this tiny jazzy trumpet swing feel to the track. It’s about not confronting negative energy and how it just lingers inside. And the longer it stays, the worse it gets, and it feels like it’s swimming inside the blood and slowly becoming a part of oneself until a change happens.

Fall Asleep
The song is a journey through an anxious mind and finding comfort in the discomfort. Even though you know it feels alright, you’re still worried, and the worries keep coming, filling the space. And you feel numb and paralyzed because you’re so anxious that you just want to fall asleep. This is my daily routine on any given day, which is maybe also why this is my favorite song on the record.

Still Awake
This song is the high after the low. It’s about the motivation that picks me up after a few dark days. It’s an answer to “Fall Asleep.” It’s a very toxic thinking pattern because this high takes me into a more active state than the anxiety does, and I can work in this state of mind, but I can’t easily come back from it. I can’t sleep because my OCD kicks in. I need to finish everything before the day is gone because tomorrow might be dark again; I have to use the opportunity while I feel good to do everything that usually paralyzes me. It’s essentially about how everything is great now and wishing every day was like this until the low returns, and I can’t fall asleep again.

Indefinite
It’s important to keep listening and learning, no matter how defined one’s opinion is. I feel like we often think we need to protect our own, protect what we’ve learned, and it can make us narrow-minded and unwilling to evolve if it goes against what we’ve lived and learned in the past. Seeing the light that’s on the other side and fight the limited mind to get further.

How Can I
When I was living alone in Brighton, I was very isolated. I felt distant from everything I cared about and made music to find clarity and fulfillment in the absence of everything I loved. I misjudged the weight of what I longed for and thought, putting all my energy into music would make things better. It did the opposite – I lost myself, my needs, and nothing filled the hole I dug. “How Can I” is about self-care and what happens without it.

Haunted
“Haunted” was written around the same time as “Tourist” and is the darker side to a similar state of mind. It’s about the fear of the unknown being heavier than the reality and recognizing that the things I taught myself to avoid are, most of the time, the things I needed the most in my life.

Fireworks
This song was written years ago, around the same time as my debut single, “Forest Fires.” I recorded various versions of the song, but it never found a home. I always thought it could be one of the last songs on my debut album. It’s about an end to something meaningful – both the sadness of its finality and the relief to be able to move on from it to something new without the lingering doubts.

You Stay by the Sea
The title track is, appropriately, the story for my album. The song summarizes what I’m going through, looking at different kinds of anxieties I’ve carried with me and finding my way back home after all of it. The album, ‘You Stay by the Sea,’ is this peaceful state of mind that keeps me safe from it all. 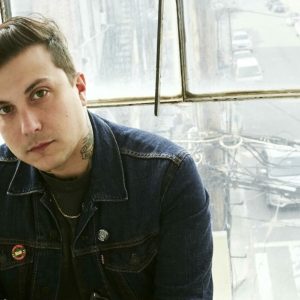 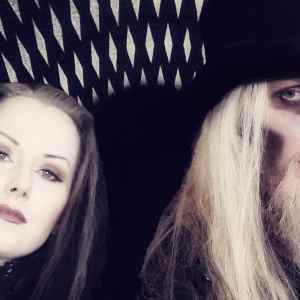