For the New York-born, Los Angeles-based songwriter, Emily James, the past few months have been rather productive. Forced, like most people, to stay essentially isolated and indoors because of the COVID-19 pandemic and quarantine, James has worked to make the most of the long string of days. The recently-turned-twenty-one-years-old artist has been writing, producing and recording new songs for a forthcoming February 2021 EP. On top of that, with the help of her mom and a sunny day at the beach, James has made a charming new music video for her most recent single, “Back in the Summer,” which we’re happy to premiere here at American Songwriter Magazine today.

“We shot the video over the summer in quarantine,” James says. “I knew we couldn’t do any kind of big production but I wanted to make sure I could do something that represented the vibe of the song. My mom and I figured, ‘Let’s go out to the beach and just see what we can get!’”

On a stretch of sand by the tide, James and her mother found a spot with little other foot traffic. Occasionally, she says, someone would see them filming, which only added to the “ridiculousness” of the day. Like the video for the song, James’ new single is breezy, bright and bubbly. It’s as if the musical spirit of the surfer Jack Johnson crept into her fingertips and helped to write the track, complete with waves and sunglasses. But that doesn’t mean that’s the sonic direction James is most used to or will become known for. In fact, James says, she often delves into more introspective or even darker territory when writing, which is why making this beachy song felt that much more satisfying.

“I wouldn’t say I’m light-hearted when I approach music,” says James. “The reason why this song is so freeing for me is because I don’t usually do bubbly music. A lot of what I’ve done is on the sadder side. So, it was fun to have this song to work on.”

While she’s worked with several producers to date, the artist produced, played and recorded much of the music on her next EP. James, who celebrated turning twenty-one with her parents who set up a mini bar in their house, has been making songs in her modest bedroom studio and sharing them with an ever-growing audience. As an independent artist, this has been immensely encouraging. She’s earned millions of streams for her past releases, which include two EPs (in 2016, 2019) and an LP (in 2017).

“Moving forward,” James says, “I’d like to create music because it’s what I do to feel good and I hope that it makes other people feel good the more people it reaches. If it’s helping them, that’s all I can ask for.”

One particular area in which James thrives is in vocal layering – harmonies. It’s a focus on which she especially hunkers down. The result is a wellspring of pleasant blending that creates a signature element for the young artist.

“I don’t have a ton of instruments,” James says. “So, I discovered ways I can use my voice as an instrument and manipulate it and create different parts with it. That has been really cool and inspiring. It takes me into a whole other creative sphere.”

James, the youngest of five siblings, first remembers finding music in the family car as a kid. While a brother or sister had to be ushered to a soccer game or some other activity, there she would be in the backseat, belting out the songs that her parents played on the stereo, likely some combination of Stevie Wonder, Billie Joel or the Wicked soundtrack (“It all started from there,” she says). Later, around ten-years-old, James would tote around a small karaoke player and riff for family. She took piano lessons and began writing on the instrument before picking up a guitar. And when she heard the song, “Someone Like You,” by Adele, she doubled-down on her love of music.

“After that,” James says, “I immersed myself in writing. If there was a song I loved, I immediately had to learn it. I think getting other songs in my fingers really influenced me to subconsciously bring that into my own writing.”

Today, for James, music is the thread that connects her to a multitude of joys, from her creativity, to an audience, to a career and to other people around the globe. For the songwriter, that’s nothing to take for granted. In fact, even more than that, it’s something to consciously invest and reinvest in and to learn from for decades to come.

“I’ve been sent videos of somebody’s baby dancing to one of my songs,” James says. “And things like that just make my day because the reason I make music is that I hope it does good for other people. I hope it brings light into somebody else’s life. It’s just a really powerful way to transcend geographic locations, age and all other types of barriers.” 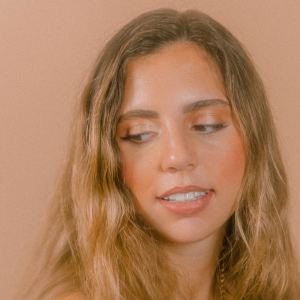 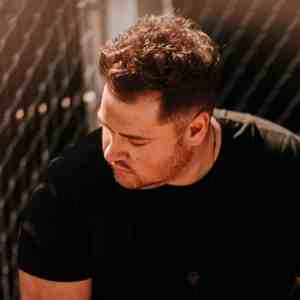