Jon Mullins’ artist trajectory began when he picked up the trumpet at age eleven. High school introduced him to his voice’s power, and the magical support of the guitar landed him in college for vocal performance. Here in Chattanooga, Jon met his soulmate, Whitney, whom he swiftly married. Mullins’ success on Georgia’s Got Talent prompted a move to Nashville, which kicked his career into high gear.

A devastating fall that left his wife with physical and mental implications changed everything for the couple who had been together for nine years. After hitting her head on the pavement, Mullins’ wife began to lose speech and motor functions, then short-term memory. An emotional fallout ensued, which included extreme anxiety and panic attacks.

“She couldn’t string words together to tell me how hard of a time she was having,” the artist explains. “We had to re-learn how to communicate. It was the hardest thing either of us has ever had to do.”

One night, Mullins sat down at his piano in a dire attempt to get a message across to her.

“I started playing four chords back-to-back,” he recalls. “I wanted to play a desperate love letter for Whitney to let her know how much I was willing to work, give everything in my power to get through this. I needed her to know I would never give up on us.”

That love letter is Mullins’ debut single, “Better Man.” He released the song in September to lead a trio of songs that chronicle their walk through darkness. Shortly after this song was recorded in 2019, the artist was offered the opportunity to audition for NBC’s The Voice.

“I didn’t want to, but my wife was thrilled and encouraged me. I made it to the Top 24 of Season 18 of the show. We created an incredible community and being on Team Blake and Team Nick taught me so much.”

The Voice required close to a year of work, so “Better Man” was not mixed and mastered until the end of summer. Since dropping in September, the single has garnered over 2.2 million streams across platforms.

He credits his wife, Tik Tok, and fans on other social channels for making it possible.

Today, the artist shares the next chapter in the story, “Get To You.”

“Just when I thought a song could not get any more personal, in walks this one,” Mullins laughs. “It dives deeper into the “Better Man” story exploring some hard truths. As I was writing it, I wondered, ‘Do I really want to let people into this part?’

Mullins’ anguish weighs down the first chorus. He’s resigned to the stillness of their relationship, bringing unspoken realities to the surface. The tone shifts after he addresses the “hard truths” of quiet nights and secrets held too tightly. With no evidence of pride left, Mullins lays bare his commitment with a desire to reignite their flame.

“The love was always there, but the communication wasn’t, and that was the scary part,” he explains.

Through the wake of this tragedy, the two admittedly struggled to let others into this space. Lyrics detail the front they put forth to bury the burden within:

“Actors on a screen we’d do anything to hide the truth / Yeah we’re fooling all our friends show ’em something that they wanna live up to / But we both know it’s a lie / And that deep down we’re burning up,” he sings.

He penned the track with Tyler Cain, who also co-produced with Todd Bradley.

The closing chapter, due in January, ties up loose ends. It does not wrap their experience with a bow, but rather clings to the light at the end of all things, focusing on the primal nature of survival.

“I want every single person to understand that they are not alone because that’s what my wife and I wanted and needed to know during that time,” Mullins explains. “Your circumstances might be different, but you’re not alone in your hardships, learning to communicate, or coldness that sometimes envelopes a relationship.”

Watch the lyric video for Jon Mullins’ new single, “Get To You,” below. 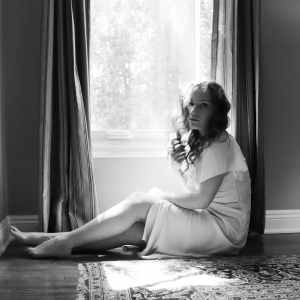 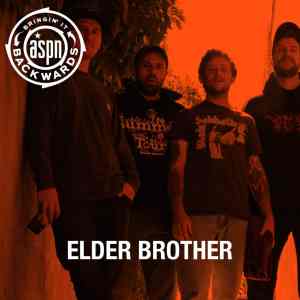