Sam Smith was the big winner of the night at the 57th annual Grammy Awards, awarded by the Recording Academy at the Staples Center in downtown Los Angeles. But probably the biggest thrill for the audience and the press alike was when the legendary Prince emerged, unannounced, to smirk and declare, “Like books and black lives, albums still matter.”

It was a message that resonated through the night, as we covered this annual tradition of awarding not only viral songs and performances, but the albums from which they come.

With his two co-writers James Napier and William Phillips, Sam Smith won four Grammys, including the main songwriter’s award Best Song of the Year for “Stay With Me,” as well as Best New Artist and Record of the Year.

When I interviewed him months prior to this night, Smith said that “Stay With Me,” when he first wrote it with Napier and Phillips, seemed perhaps too simple, and needed more.
“I feel the opposite now,” he said. “It is the same as a lot of songs; it is a very simple song in terms of melody. But it works. And it is honest.”

“I was not playing a character,” he continued. “I struggle every day to be myself. For the longest time I would do anything to get my music heard. I started losing lots of weight, wearing loads of makeup. But I realized I had to be me, and those In-N-Out burgers are great.”

Asked with whom he’d like to collaborate if he could choose anyone, he chose Joni Mitchell. “I would love to work with Joni; she is one of the greatest ever.” He also said it was an exciting night getting to meet idols: “I think Beck is wonderful. And I met Paul McCartney and Madonna.”

Rodney Jerkins, who with Steve Fitzmaurice, and Jimmy Napes, produced Sam’s album, was awarded with the Record of the Year Grammy for his production of “Stay With Me.”
Asked about Sam as an artist in the studio, he said, “Sam is amazing. He is an amazing vocalist and amazing talent. All the voices you hear on the record, that choir, it’s all Sam. That he is able to sound like a hundred-voice choir shows his talent.”

The songwriters for Frozen, Kristen Anderson-Lopez and Robert Lopez, won another of the main songwriter’s awards, Best Song for Visual Media, for writing what has become a modern standard: “Let It Go,” performed by Idina Menzel.
“As songwriters can attest to you,” Kristen said, “we were just solving a puzzle to fit this movie; we worked on creating a character who would sing. We weren’t even sure if she was a protagonist or antagonist at first, so this was called by us ‘Elsa’s Bad Ass’ song.”

Since “Let It Go” has the unusual distinction of becoming a modern standard in less than a year, immensely beloved and performed without ever being an actual pop single, I asked if this spoke to the prevalence of powerful melody, long predicted dead, in the song.

Disney producer Tom McDougall spoke up: “I have been doing this for years and I can say for sure that melodies matter. Whenever I go to my daughter’s concerts, they are singing songs like ‘It’s a Whole New World’ and ‘Somewhere Out There’ that are all about melody.”

Though the annual Grammy Awards is often criticized for not presenting a broad enough diversity of music on their televised show, in fact they go out of their way each year to honor all genres of music, and all makers of music. A vast array of Grammys are awarded in the long pre-televised portion of the show, and the winners of those awards come back – most of them anyway – into the “print room” where scribes like this writer ask them questions.

When the main show begins, several of those winners also come back, but it’s up to them if they want to meet the press. Beck, who won four Grammys, opted out. But he did cause the normally unrattled to rattle by winning one of the biggest awards of the night, Album of the Year, for Morning Phase, with one gentleman yelling out, “Sam Smith must be so upset now!”
Beck thanked his dad, David Campbell, for doing the strings and thanked his kids for, “Letting [him] work late – [he] made this record at home.”

Dwight Yoakam, who was in the house to perform “Hold My Hand” with Brandy Clark, spoke about his friend Beck, who had produced several tracks on Dwight’s most recent album 3 Pears.
“Beck is one of the genuine purveyors of the pure love of music,” he said. “He approaches music with a reverence that allows him to be irreverent. He co-produced two tracks on my last album 3 Pears. It allowed me a touchstone and a sounding board. I remember I wasn’t gonna keep my electric guitar and he said, ‘No, you should keep that and do another one over the top. And not bring someone who plays something arguably technically better but which wouldn’t be as authentic as what you do.’ And that meant a lot to me. His production was so great.”

About Brandy Clark, Dwight had this to say:
“I heard all these melodies coming out and thought that this woman writes well. Her melodies are not retro but they are staying the course of tradition, and with very melodic harmonies. When she asked me to do this I said, ‘Yeah, only if I don’t wreck it.’ Her song has an elegant succinctness, which is how Brandy has expressed herself in songs.”

The pre-tel categories are extensive, with even New Age Music, a genre many consider no longer relevant, earning its a category, this year’s winners Ricky Key and Wouter Kellerman for their beautiful South African-inspired Winds of Samsara. Asked to define the word “samsara,” Ricky said, “Samsara is the world around you and the world within. There is not a word in English for it. You could write a 600 page book on what Samsara means. “
Given that we don’t even have a word in our language for the theme of his work, was he surprised he would be so honored by the American industry?

“Oh yes,” he answered. “Only in America where a South African can win the biggest award there is. There is no way to prepare yourself for this kind of honor. It is a lifelong dream. All my life, since I was a kid, I dreamt of that moment when I would win a Grammy. Okay, it didn’t come until I was 33, but now it is here. There are no words for what I am feeling.”

Asked if he was surprised that the New Age genre still gets honored, he said, “I can’t fool myself and think New Age music is for all the people worldwide. That is not the nature of this genre. I am extremely grateful to the Recording Academy that they deem us worthy.”

As this award was granted in the pre-televised portion of the show, I asked him to describe the impact of winning a Grammy even when nobody watching at home sees it. “A Grammy is a Grammy whether it is awarded in the pre-tel or the show,” he said. “We made these life decisions to be a musician, which means a real sacrifice, especially when the world was telling us not to make music our lives. It gives a validation to someone like me, like pointing to me and saying, ‘You did the right thing.’”

One of the greatest triumphs for songwriters came when jazz legend Billy Childs won for Best Arrangement, Instrument and Vocals, for his tribute to the great Laura Nyro, Map To The Treasure: Reimagining Laura Nyro, and for the track “New York Tendaberry,” which featured Renee Fleming and Yo-Yo Ma. As the album also features another one of the great living songwriters and artists, Rickie Lee Jones, it was a big win for meaningful songwriting.

He dedicated his award to “the incredible artist Laura Nyro, whose groundbreaking music impacted me as a musician. And whose tone poems created an alternate reality that I have lived in my whole life as a musician.”

“I don’t know why she wasn’t as celebrated as her peers,” he said of Nyro. “Such as Bob Dylan, Joni Mitchell or Paul Simon; she was as heavy and profound an artist as any of them.

“The impression [her music] created in my mind was an alternate reality work. The story behind her songs, that poetry, created these scenarios I would conjure up in my mind, especially those first four albums.” 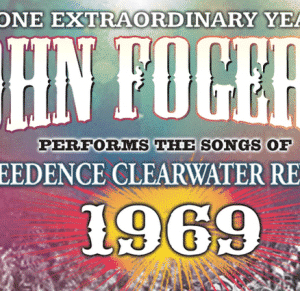 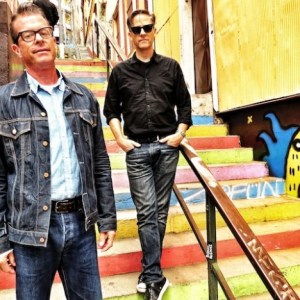