Of the thousand or so songs that Bob Dylan has written in his career, only a precious few are what you could call autobiographical, in the sense that they detail actual events in his life without any obfuscating filters inserted by the songwriter. There’s “Day Of The Locusts,” which recounted Dylan’s uncomfortable afternoon receiving an honorary doctorate from Princeton University, and “Sara,” a love song to his wife as personal and tunnel-focused as anything John Lennon ever wrote for Yoko Ono.

“Ballad In Plain D,” a tortured story song from Another Side Of Bob Dylan (1964), takes the cake in terms of Dylan writing directly about his life. So direct was it that Dylan eventually regretted his decision to write and record the song, telling author Bill Flanagan in 1985, “Oh! Yeah. That one… That one I look back and I say, ‘I must have been a real schmuck to write that.’ I look back at that particular one and say, of all the songs I’ve written, maybe I could have left that alone.”

His unease might have been due to the fact that the song’s ultra-specific inspiration, a screaming brawl between Dylan, his on-and-off girlfriend at the time Suze Rotolo and her sister Carla, doesn’t really allow for listeners to find themselves and their own experiences and emotions in the words as so many of his songs do. Not to mention the fact that writing it could be considered petty and vindictive, especially in the way that he insults Carla (her parasite sister) for interfering in the relationship.

And yet “Ballad In Plain D” holds an undeniable power as the portrait of a young guy unable to rise above his hurt and anger and find the higher ground in the wake of a bad breakup, something which makes him seem more human and relatable than usual. While some of the word explosions that Dylan was just working into his repertoire creep into the lyrics (From silhouetted anger to manufactured peace/Answers of emptiness, voice vacancies), what sticks are the harrowingly raw emotions on display and the unsweetened ugliness of the play-by-play.

Another Side Of Bob Dylan
Buy from Amazon

Dylan doesn’t hide the part he played in this horrendous conflict. Taking this could-be dream-lover of my lifetime for granted and wounding her with his own untruthfulness, he is as much to blame as the sister for bringing about The timeless explosion of fantasy’s dream. Only Suze comes off as relatively innocent, although far from unscathed: The victim of sound/Soon shattered as a child ‘neath her shadows.

In the closing moments, a far more sympathetic side of Dylan emerges as he contemplates his life without her. He hopes that the man who eventually winds up with Suze, [w]ill be fully aware of how precious she is, something he realizes far too late. And any questions about whether or not he’s better off now that he’s free are answered with the gut-punch of a closing line, which demonstrates he can at least claim the hollow victory of insight as love’s ashes envelop him: Are birds free from the chains of the skyway?

At this point, Dylan’s harmonica unlooses a deluge of tears, embellishing in just a few notes what thirteen verses of lyrics have wrenchingly expressed. Suze Rotolo, who died in 2011, was also Dylan’s muse on classics like “Don’t Think Twice, It’s Alright” and “Boots Of Spanish Leather.” Yet “Ballad In Plain D,” as brutal and harrowing as it may have been, is in many ways the ultimate tribute to her. The song shows that her departure from Dylan shook him in such a way that he temporarily dropped the shroud of secrecy that cloaked the autobiographical elements of his music to reveal, with admirable and affecting warts-and-all honesty, the exact moment when she broke his heart.

Jim Beviglia is the author of Counting Down Bob Dylan: His 100 Finest Songs. Go here to purchase the book. 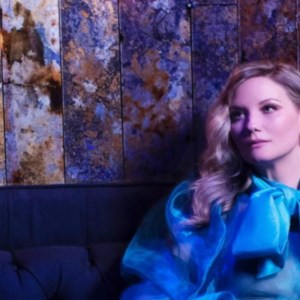 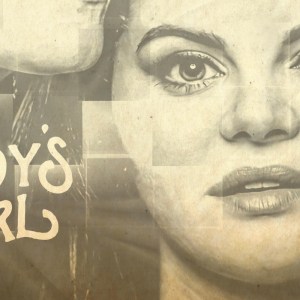