There’s a term for something that, these days, feels new. For something that’s perhaps numinous, but has never actually truly been felt before. That term, as many under 25-year-olds will tell you, is “hits different.” It indicates something that is both effective and fresh. The term also fits the Redding, Pennsylvania-born rapper Beanz perfectly. The sharp-tongued artist spits in the traditional hip-hop sense: she doesn’t hold back, she isn’t afraid to muscle or body someone in her way and she’s the type of artist to get your ears to perk once you first overhear her flow. But Beanz succeeds in this because she tells the truth “slant,” as in the Emily Dickinson sense. Beanz is unique and will bring all this talent to the proverbial table when she releases her newest album, Tables Turn, on November 5.

And the artist just released her latest single, “Pink Drink,” on October 6, providing a sneak peek into the forthcoming LP.

“I feel like I’m still breaking in,” Beanz tells American Songwriter. “Everything is progressing for sure, but there is definitely still some braking to do. But what I bring is something totally different. I don’t rap like anybody else. I don’t rap about anything other people rap about. I have a whole lane of my own.”

As in most genres of music, there is also not an equal split of men-to-women in rap music. But Beanz is trying to buck that trend and she’s doing it with some real swagger and bravado. On songs like “Pink Drink” and “Blow Me,” Beanz isn’t shy about talking about femininity or female sexuality, but she pairs that with language and phrasing that might be more thought of as masculine, too. Even the term “blow me,” coming off her lips, sounds different.

“A lot of times, as a woman, I wouldn’t say something like ‘blow me,’” Beanz says. “But that’s another thing that I feel like is part of the changes that I’ve made as far as myself. I’m being more outspoken.”

Beanz, in some ways, has always been something of a dichotomy too. In school growing up, she says, she was respectful and good in class. She got good grades, worked hard. But she also wore the flashy sneakers, and when out of class, got rowdy, rapping in the back of the bus or at parties. When her mother would try to teach her cooking techniques, she would tell her mom that she didn’t need them, that she’d have other people cooking for her when she grew up.

“I always had the biggest aspirations,” Beanz says.

The informal school ciphers soon showed her that she had real talent. What first attracted her to art was language. As a kid, Beanz would write poetry, starting around 11 years old. Her step-father, who had been in her life since she was 2 years old, was also a DJ. He played on the radio, at events. So, music was everywhere. From a young age, Beanz got a wide education from her parents and since then, she’s remained invested in ideas and expression. Always getting better.

It’s funny; for Beanz, one of the unintended consequences of all of her work— hours in the studio, show after show—is that she’s improved significantly years after year. Yet, at the same time, when she looks back on past projects, she often feels a sense of distance between them and where she is today. For instance, Beanz was on the 2019 musical Netflix show, Rhythm and Flow. Before that, she released her last studio LP in 2015. Now, when talking about both, she laughs a bit.

“I see myself now on that show,” Beanz says, “and it’s like, ‘Wow, I’m a totally different person.’ In such a short amount of time. We always change. We’re not the same person we were five years ago.”

These days, Beanz talks a lot about her maturation. More than ever, she says, she’s standing in her identity as a proud, adult woman. And it comes through in every word off her tongue that can slice and dice. Her voice is such an asset to her artistry. You believe each syllable.

“To be honest,” she says, “I feel like that came down to how I was raised. The way I talk—I had a very nice mom, she was very sweet. My dad, on the other hand, is very book-wise and street-wise. That’s probably where my sharp tongue came from. My voice is my voice.”

Beanz says her new album is her best work yet. It’s an example of who she is at her fullest, no holds barred. It’s 15 tracks of her mind, laid out clearly for listeners. For someone who cares so much about expressing herself clearly and sharply, Beanz is assuredly one to listen to today, and well into tomorrow.

“Just to be able to share these things,” Beanz says. “The fact that I get to express myself through music. It doesn’t feel like work to me. I’m having the time of my life.” 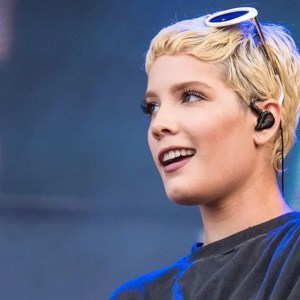 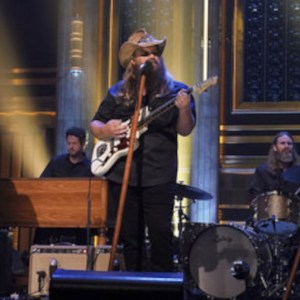