Last June, Nashville-based singer-songwriter Becca Mancari released her critically acclaimed, sophomore album, The Greatest Part. The record is a deceptively upbeat collection of sharp indie-pop songs that American Songwriter previously praised as “a tremendously beautiful, intimate, and expressive personification of Mancari’s artistry as a whole.” Nearly a year later, Mancari is back with her four-track EP, Juniata, and it’s breathtaking.

“I grew up in rural Pennsylvania in a town of less than 900 people,” Mancari told American Songwriter. “We had one red light, and more corn fields than people, but it had such a beauty to it. My home was on the side of a mountain between two rivers: the Susquehanna River, which was wild and at times dangerous, and its smaller tributary, the Juniata River. For some reason ever since I put out The Greatest Part, I have been dreaming about the Juniata River. It came to me so many times that I finally decided I had to go back to my small town in Pennsylvania. The voices of my past would not seem to leave me alone. So, this past September I drove 11 hours to visit my childhood hometown to finally face whatever was making me feel restless and even afraid. As I sat by the riverbed, the only thing I heard was ‘it’s time to let go.’”

They say the heart grows strong / but man it’s hard to get back on track.

Juniata is a vulnerable, stripped-down reimagination of three tracks previously featured on The Greatest Part as well as an enchanting, never-before-released single titled, “Annie.”  From start to finish, the record is decorated with hushed, doubled vocals, mellow acoustic guitars, playful horns, and tape-saturated piano—certain to evoke a poignant nostalgia and settle the soul. It is, however, the lush string quintet introduced on “Annie,” that marvelously brings this record to life.

“We recorded the strings at Jordan Lehning’s studio,” Mancari explained. “We were able to watch him compose the score for both ‘Annie’ and ‘Stay With Me’—that was a career high. I have always felt like strings are royal, and never thought that I could afford to have them on my records, so it was emotional to watch these incredible players perform my songs.”

Tracked and produced by Zac Farro at his home studio in East Nashville, Juniata was birthed in the same room as its predecessor, The Greatest Part. “It was very organic,” Mancari recalls. “Juan Solorzano and Caleb Hickman joined us around the grand piano at Zac’s and we went through the songs and felt them out. It felt really beautiful to address these songs so tenderly.”

Juniata is a clear indication that Mancari is discovering more of her truest self with each release and continuing to generously share it with others in hopes that they might do the same.

“I’ll be honest, I think I’ve written about forgiveness before I really knew what it meant. To really do the work of forgiveness is a deep work that comes from facing your greatest fears, no matter how strong,” Mancari shares. “For me, this EP is my second chance to maybe say the same thing, but hopefully from a more kind and less fearful place. It’s also about moving beyond my own small story… forgiveness and healing is a universal struggle, and so as you listen, I hope you feel like you are also at your own riverbed hearing the gentle words, “It’s ok, you can let go.’” 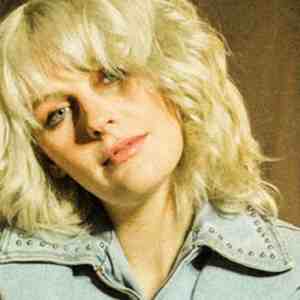 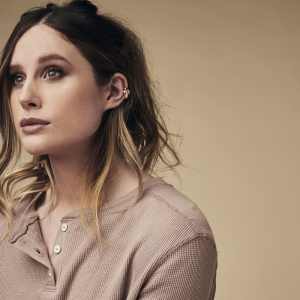