Imagine. It’s the mid-’70s, you’re in the hotbed of punk—New York—and suddenly you hear the refrain of “Rip Her to Shreds” blaring out of CBGB or somewhere akin. When Blondie first came to the scene they ushered in something entirely new in their wake—a marked sense of minimalism, attitude, and a grungy musicality that shed the refinement of the era. Debbie Harry’s vocals have become unmistakable, just as we imagine they were back when she was an unknown singer trying to grab the attention of a packed club in the seedy streets of NYC.

There are a few things every band needs: strong songs, inimitable stage presence, and an enduring name that etches itself in the minds of fans the world over. There are few monikers as memorable as Blondie, but how did the punk trailblazers land on the name? Let’s get into it below.

The name Blondie can be a little misleading. For many casual fans, Blondie seems more like a stage name for Harry than the moniker of a collective. People will often flub with “I love Blondie, she’s great” erasing the remaining members entirely.

The origins of the band started when Chris Stein joined the Stilletos in the early ’70s. Soon after, he met Harry and the two quickly started up a romantic relationship. The pair became unhappy with the band’s direction and decided to form their own outfit with Clem Burke, Jimmy Destri, and Fred Smith in tow.

They went through several names prior to landing on their enduring moniker, including Angel and The Snake—though the band only played two shows under that name. They landed on Blondie in a very straightforward way. Soon after Harry bleached her hair, “Blondie” became a pervasive catcall she would hear around New York.

Stein once said, “It was just from what people yelled at Debbie. Debbie came home one day with her hair dyed blonde and then told me within a week or so truck drivers were yelling, ‘Hey, Blondie!’ at her all the time.”

It was a simple decision that had a major impact on the group’s success. Despite sparking some misconceptions about the group, you’d be hard-pressed to find someone who doesn’t know the name Blondie.

Where Are They Today?

Though they released a few albums prior, Blondie’s third studio album, Parallel Lines, launched the group to international fame. Producing six singles, including “Heart of Glass,” the album shot straight to No. 1 and sold nearly 2 million copies.

Harry broke away and started a solo career in the early ’80s. The singer released her first solo single, “KooKoo” in 1981, which peaked at No. 25. Her subsequent debut album didn’t reach the heights she was seeing with Blondie.

Blondie reunited in 1997 with the four original members of the group and released No Exit, which featured the No. 1 single “Maria.” Blondie released another album while Harry was continuing to put out solo material.

In 2020, Harry and Stein joined the ever-growing list of musicians that are selling their catalogs and sold their biggest hits to Hipgnosis Songs for an undisclosed sum. 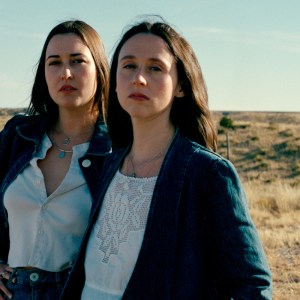