After hearing this one-off collaboration between Waxahatchee’s Katie Crutchfield and singer/songwriter Jess Williamson, you’ll wonder why these women don’t want to commit to future projects. The pairing is that impressive.

Inspired by mutual respect for each other’s music, the duo’s exquisite harmonies on this set of mostly original indie folk with pop leanings are hypnotic and almost otherworldly. Think of a female version of the Everly Brothers and Simon & Garfunkel, or the Chicks and the Emmylou, Linda, and Dolly union for comparisons. Add trios I’m With Her, Puss N Boots, and most recently the quartet The Highwomen… but you get the idea.

Not every combination of voices blends, but once you hear Crutchfield and Williamson sing together on this disc’s opening “When the Summer Sun Melts Candles,” it’s clear that these two have found vocal chemistry and a sweet spot that’s unique. The largely acoustic material is split evenly between each member writing solo (four each) with one cover from Hoyt Van Tanner and another credited to Crutchfield and Kevin Morby. The twosome is supported by a solid if somewhat faceless band led by producer/multi-instrumentalist Brad Cook (electric guitars, Mellotron, Wurlitzer, bass), Jeff Tweedy’s son Spencer on drums and a few others to flesh out the sound.

The songs are generally about running away from, or occasionally towards, relationships and staying true to the indie folk/rock/pop and occasional country that has informed both Crutchfield and Williamson’s own work. On “Last 2 on Earth,” they sing Leaving here tomorrow if it don’t turn out right…It looks like it might stay the same and that general concept of women leaving dysfunctional romances informs many of these 10 tunes.

In the case of the closing title track, written by Williamson, she leaves but says Well I’ll be better all my days/Cause I walked with you a ways. She’s gone, but the slight catch in both singers’ voices reflects the sadness of the situation. On the early single, Crutchfield’s “Problem With It,” the lyrics of If you can’t do better than that babe/I got a problem with it, explain why she’s walking out with a lyrical brush-off.

The swapping of leads with both voices joining on choruses is wonderfully executed, the songs float and swoop with the nervous anticipation that comes with looking forward to better days and the backing musicians add just enough weight to keep it all grounded. It’s an unexpected gem and, according to the notes, one that’s not likely to be repeated after the follow-up tour.

Hopefully, Plains will rethink that decision. This is too special to relegate it to a sole release. 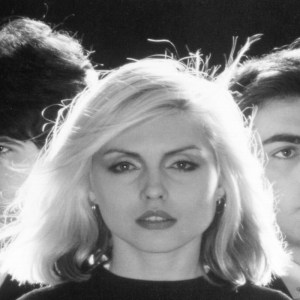