Who doesn’t hum along to the opening trill of “Sweet Home Alabama,” or headbang to the sprawling guitar solo in “Free Bird“? Lynyrd Skynyrd produced some of rock’s most enduring tunes during their first run together as a band and have continued to fill venues for decades despite tragedy and consistent line-up changes.

The funnily-spelled moniker has gone on to be one of the pinnacles of southern rock. But where did the name come from? Let’s take a look at the story behind Lynyrd Skynyrd’s name below.

The origin of the name goes all the way back to a gym teacher at Robert E. Lee High School in Jacksonville, Florida.

Leonard Skinner was a no-nonsense basketball coach whose name will forever be linked to the iconic rock outfit – whether he liked it or not. In the early days, it’s safe to assume he did not like it given that he allegedly hated rock ‘n’ roll. He would often send students to the principal’s office for hair that was too long.

One such long-haired hippie was Gary Rossington – future guitarist of Lynyrd Skynyrd. He and the other founding members of the band – Ronnie Van Zant, Allen Collins, Larry Junstrom, and Bob Burns – named their band after the teacher (albeit with a twist) as a tongue-in-cheek ode to the powers that be.

Later, Skinner’s son ended up being a fan of the band and recalled his father not approving of the music. “What the hell kind of noise are you listening to?” Skinner reportedly said. Though eventually, Skinner did come around and he and the band later became friends.

After forming in the mid-’60s, the group shared their debut record Pronounced ‘Lĕh-‘nérd ‘Skin-‘nérd in 1973. The self-titled album delivered some of their most iconic songs right off the bat including “Simple Man” and “Free Bird.” It eventually sold over one million copies, clinching a gold disc certification from the RIAA.

Their follow-up was equally as lauded. Second Helping was bolstered by the new fan base spurred on by an opening slot on the Who’s Quadrophenia Tour. The lead single “Sweet Home Alabama” was a response to Neil Young’s “Southern Man” and painted a glowing portrait of the state in which they recorded a fair few early demos. It cemented the band’s breakthrough and reached No. 8 on the charts.

By the mid-’70s, personal issues began to run rife in the band. For instance, drummer Burns left the band after suffering a mental breakdown amid a European tour. Though Burns was replaced by Artimus Pyle, guitarist Ed King abruptly left the band after fighting with Van Zant. The line-up was constantly changing throughout the era, causing the band to deliver some sub-standard performances and canceled dates.

They did pull things together in the summer of 1977 for their album Street Survivors. With the addition of guitarist Steve Gaines, the band produced a selection of bluesy records and rock anthems that poised them for their biggest year yet.

Sadly, the band’s rise was quickly halted after a plane crash killed Van Zandt, Steve Gaines, backup singer Cassie Gaines, assistant road manager Dean Kilpatrick, pilot Walter McCreary, and co-pilot William Gray. The plane took off from Greenville, South Carolina, and was bound for Baton Rouge, Louisiana. After running out of fuel, the pilots attempted an emergency landing before crashing into a heavily forested area. The accident led the surviving members to take a hiatus for the next few years.

The reunited band was intended to be a one-time tribute to the original line-up, captured on the double-live album Southern by the Grace of God: Lynyrd Skynyrd Tribute Tour 1987, but the band has continued to tour for decades. 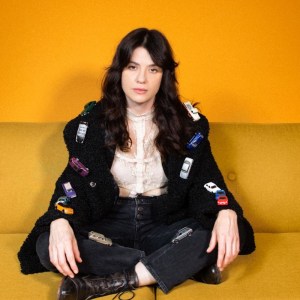